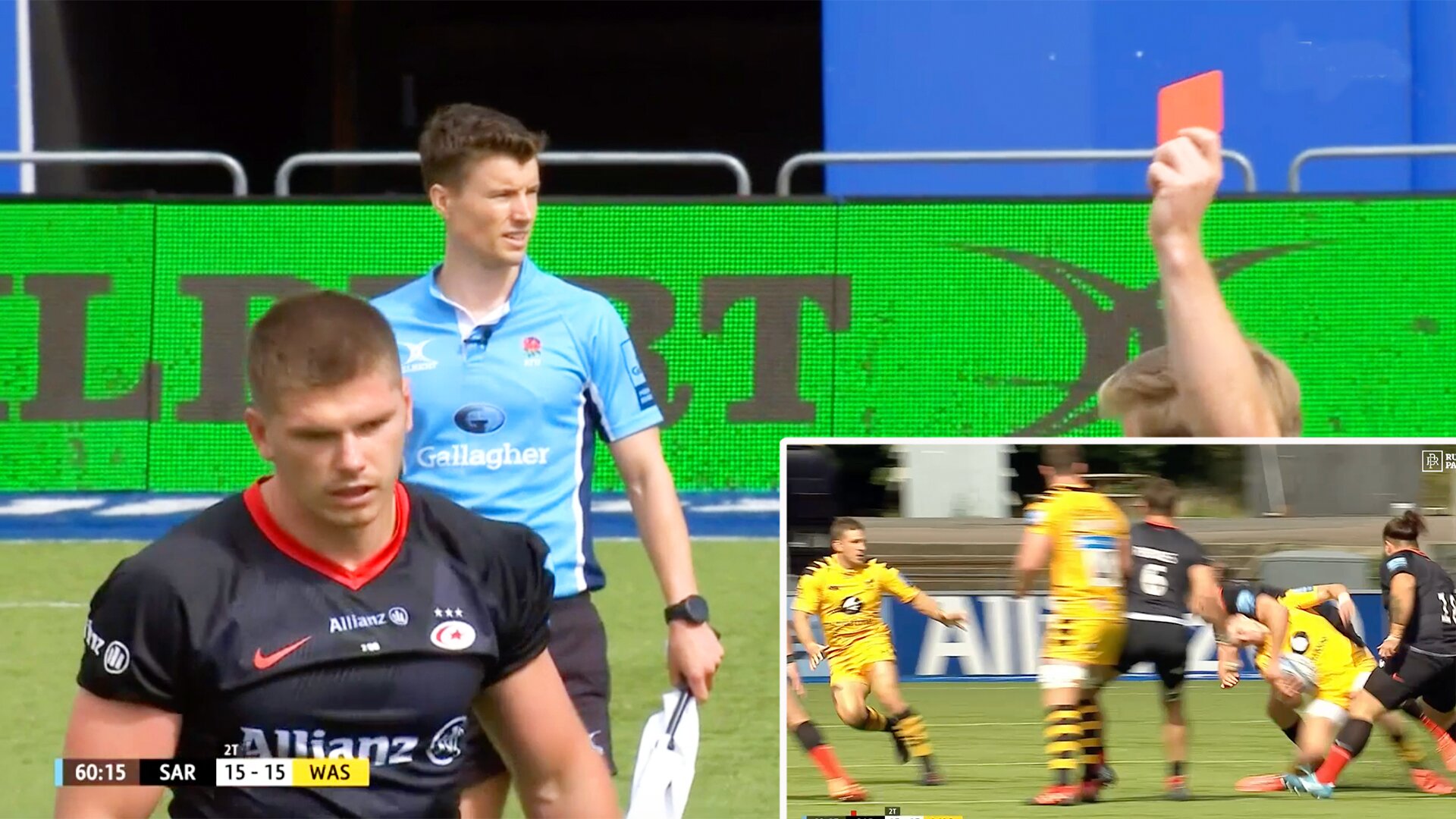 The scores stood at 15-15 with an hour gone on the clock.

We see as a ball is kicked deep for Atkinson to take as he looks to run it back at the Saracens chasing runners.

Out of the edge of play we see as Farrell comes in with a reckless high shot around the neck of the Wasps winger.

Farrell immediately acknowledges that it’s a high hit as he lays on the floor with his hands covering his face. Meanwhile, we watch on as Atkinson lies on the floor incapacitated after the dangerous high hit.

Farrell pleads with the ref on the floor but we see as he stands over him saying, ‘you knowing what’s coming Owen’.

watch the horror tackle from today’s clash below

This is brutal. Red card for Owen Farrell. pic.twitter.com/jc1P1D9KqZ

After a few moments to clear the players the England captain is shown red as he grimaces.

This will have huge ramifications for Wasps over the next few weeks as they look ahead to a crucial Champions Cup tie against Leinster.

Springboks outcast Aphiwe Dyantyi has finally been given a date for his career-defining hearing into his 2019 doping offence which could see him banned for four years.

Dyantyi was once the next big thing in South African rugby

.@Springboks standout Aphiwe Dyantyi reflects on what it meant to be named Breakthrough Player of the Year at last year’s #WorldRugbyAwards… pic.twitter.com/gLlZRhba6P

Now 26, the 13-times capped winger has been in limbo these past 13 months. It was August last year when Dyantyi, who had been in pre-World Cup training with the Springboks, was formally charged with a doping offence for multiple anabolic steroids and metabolites after his B-sample also tested positive.

That was when SA Rugby confirmed the South African Institute of Drug-Free Sport (SAIDS) had detected an adverse analytical finding in the sample collected from the Springboks player in a doping test on July 2 while he was attending a South African training camp.