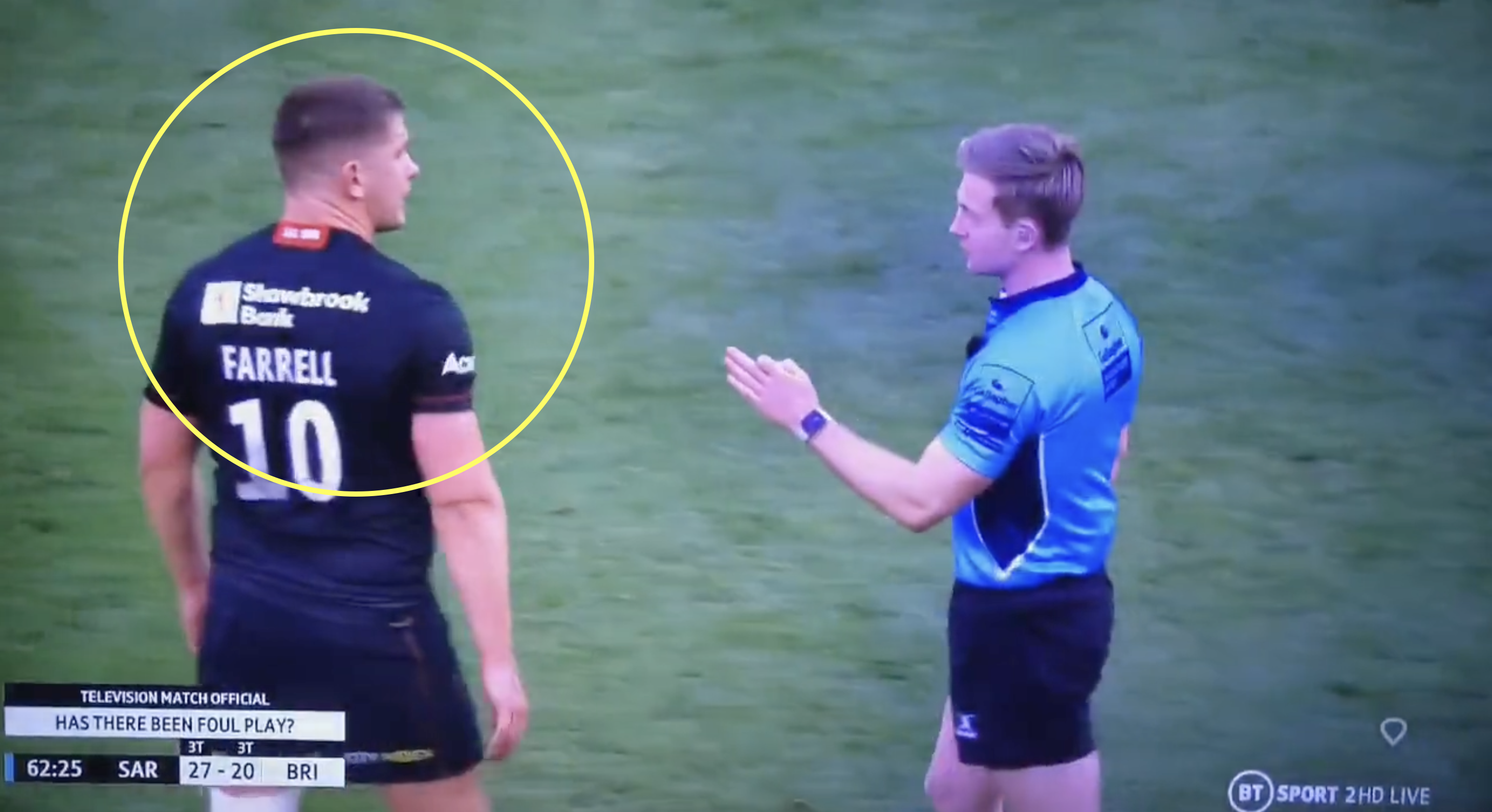 He has been carded before, he has been banned before, but it still looks as though England and Saracens captain Owen Farrell has not learnt his lesson.

The fly-half has always pushed the limits of the laws when it comes to tackling, and nothing changed when he marked his comeback after four months out against Bristol Bears on Saturday.

Farrell put in what has now become known as one of his trademark no arms tackles in the second half at the Tottenham Hotspur Stadium. The tackle went to the TMO, but he was saved by the fact that it was shoulder to shoulder contact, meaning the punishment was only a penalty. Just a few inches higher and it would likely have been a red and a lengthy ban to follow.

Perhaps this was mitigated by the fact that Billy Vunipola dragged Piers O’Conor down to lower his height, but there is no denying that Farrell failed to wrap his arms in the tackle. Having said that, referee Christophe Ridley said the tackle was passive and shoulder to shoulder.

“Nice to see Owen Farrell put his injury layoff to good use by sharpening up that cheap shot no arms shoulder charge. What a tool.”

“‘Sir Owen Farrell’ gets away with one again.. yellow at least…”

“It just baffles me that Owen Farrell, who is known for having a poor tackle technique, is given more leeway, not less leeway, for no-wrap tackles than other players.”

“Owen Farrell involved in a no arms tackle?? I am SHOCKED I tell you SHOCKED!! When has that ever happened before?”

That's the closest Owen Farrell will ever get to a chop tackle. pic.twitter.com/oRZYvQoIxl