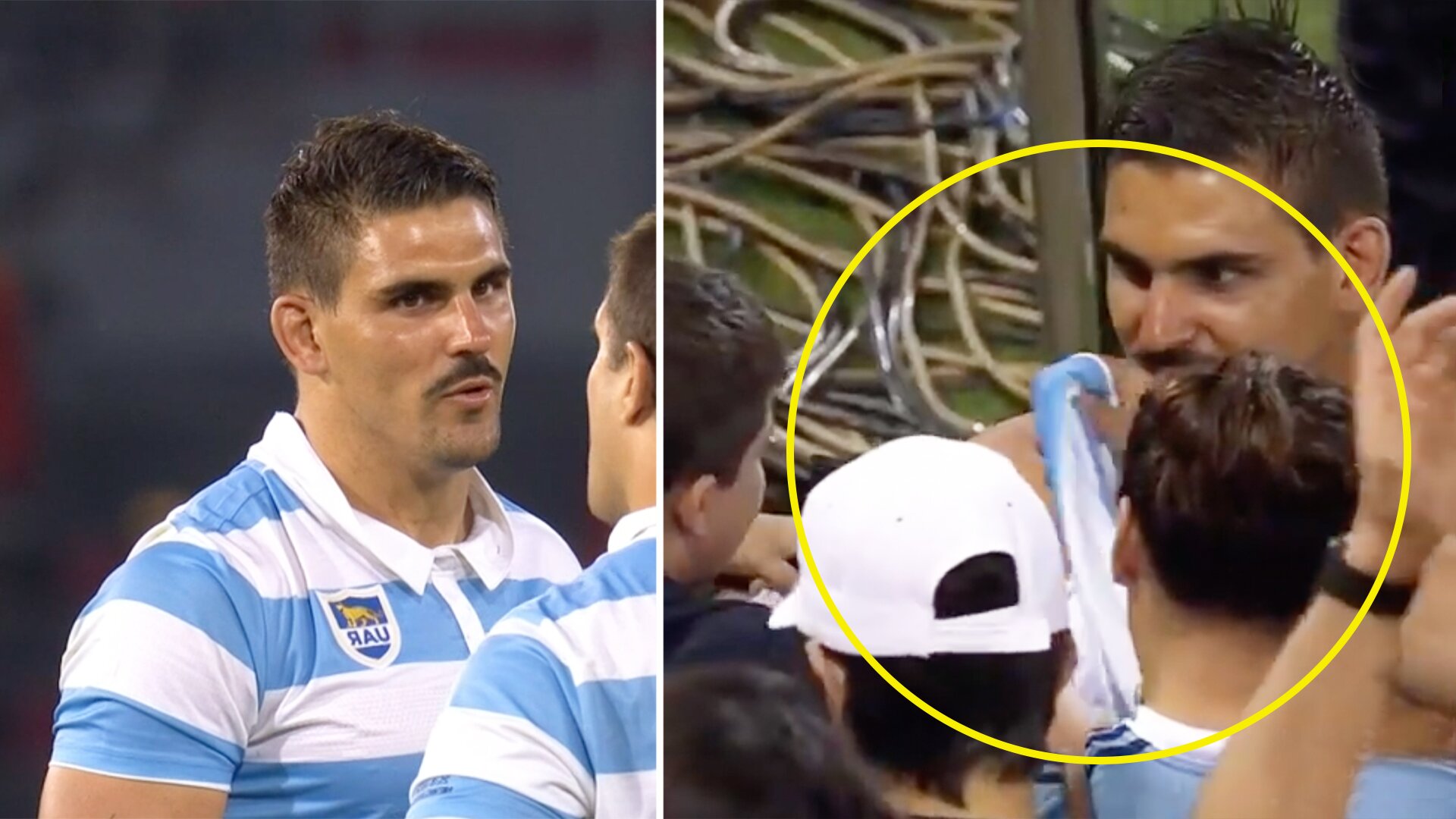 Pablo Matera is fast becoming one of the biggest names in rugby and it’s not just for his exploits on the pitch.

The 27-year-old Pumas skipper has been in tremendous form on the field since Argentina’s return to the international stage.

He dominated last week in his county’s first win over New Zealand in their history. This week he gave yet another stellar performance against the Wallabies with the score finishing at 15-15.

The blindside flanker is now trending on social media yet again after a touching moment in the immediate aftermath of his side’s draw.

We see as the players from both teams interact with the fans that were allowed into the stadium.

In an incredible moment, we watch as the Argentinean skipper comes forward to speak to a young boy in the crowd. Watch the touching Pablo Matera moment below.

This kid’s reaction to meeting Pablo Matera and getting his jersey 😢 pic.twitter.com/F7emcbscTL

Fans on Twitter were raving about the kind-hearted gesture of the Pumas skipper is fast becoming one of the most popular names in the sport.

The reaction of this kid who got Pablo Matera’s jersey is the best thing you will see on Twitter today 😢💙https://t.co/mqjIVlPWCc

USA Olympic 7s player Carlin Isles is hoping a reward can help shed light on the killing of his younger brother Chase after he was shot in Ohio last Monday. An unspecified reward for information that leads to an arrest and a conviction has been announced by Stark County Crimestoppers.

Isles, who is looking to represent America at the 2021 Olympics in Tokyo, has been using his social media platforms in the hope of generating leads about what happened to his 28-year-old brother in Jackson Township.

He told News 5 Cleveland: “I play for Team USA, and to all my friends and family who support me and also know my brother, we’re just trying to find out who did it.

“He was a great man, a fun-loving guy who just loved everybody. He was just so easy to talk to and get along with.

Chase Isles, who leaves behind an eight-year-old daughter, didn’t live in the apartment building where the shooting happened, complicating an investigation that had not led to any charges yet.

“We urge anyone with information to contact the Jackson Township police department at 330-830-6264 or to leave an anonymous tip at 330-834-3967. Our thoughts are with Carlin and his family during this unimaginable time.”

Carlin Isles took up rugby in 2012 and was soon selected for the USA 7s team, debuting at the Gold Coast tournament and scoring against New Zealand just a minute after coming on.

One of the fastest players on the planet, he has scored more than 200 tries on the circuit since then and also dabbled in American football, signing for the Detroit Lions practice team.