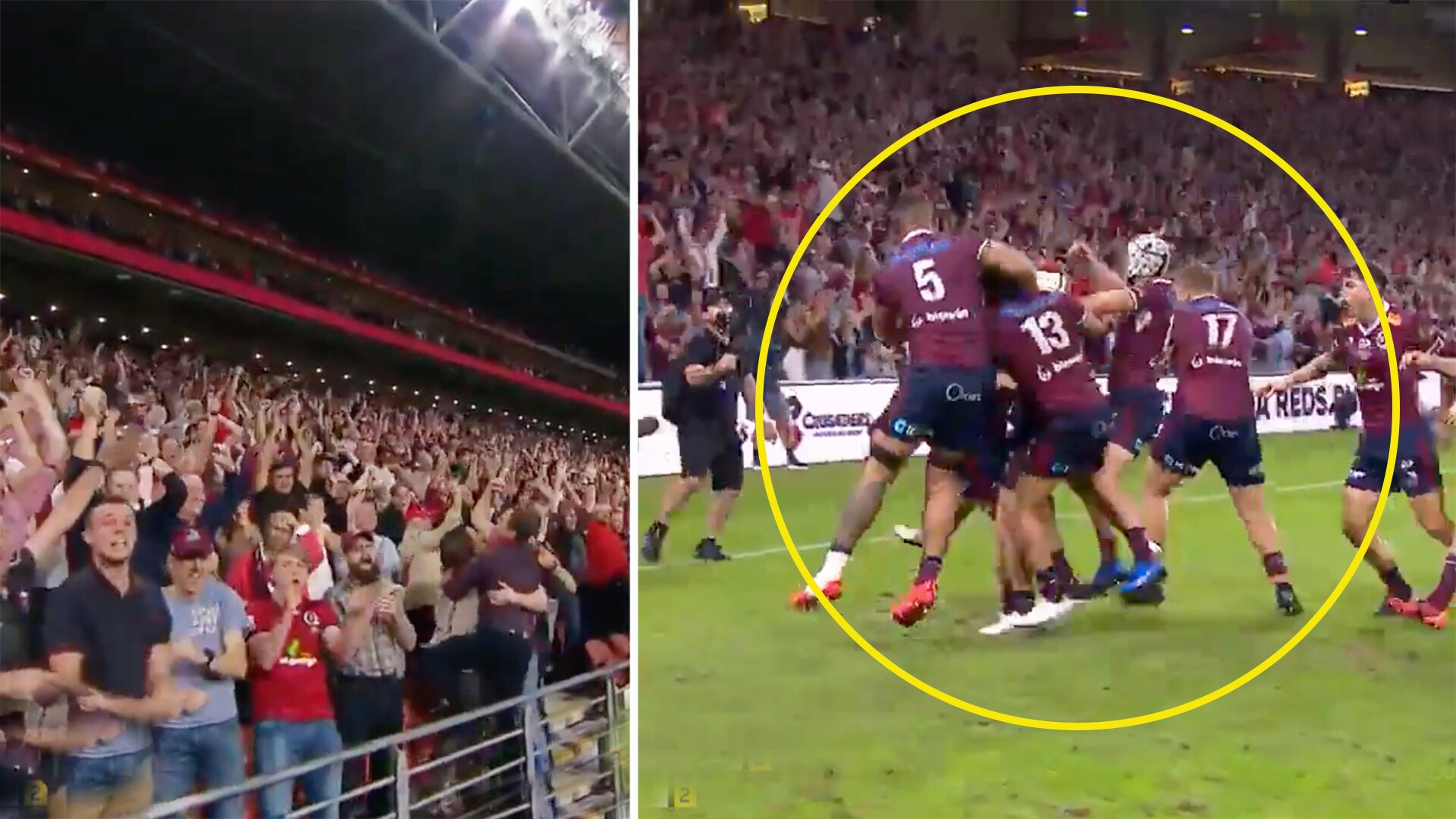 Super Rugby AU has been a revelation this season – emerging as one of the most entertaining leagues in the world.

Tonight’s showpiece grand final between the Queensland Reds and the Brumbies lived up to the billing with a sensational blockbuster finish that has been going viral online.

You’ve got to see this!

The sides traded scores in a packed out stadium with Tom Banks dotting down here under the posts for the Brumbies. It’s a testament to the popularity of Super Rugby AU that we are now seeing full stadiums for these clashes as well as a huge surge in TV viewing figures thanks to organisations like Stan Sports.

watch the score from the Brumbies in the video below

The timing is perfect from the Brumbies 👌

The clash was on a knife-edge throughout with tensions spilling over at various points in the match.

This game is on EDGE 😤

The game came right down to the wire with this grandstand finish as the Brumbies desperately tried to hold on for the Super Rugby AU title.

But it was the Reds that somehow snatched a last-gasp victory after this try from their talismanic captain James O’Connor.

It doesn’t get any more dramatic than this!

WHAT. A. FINISH. 🤯 James O’Connor snatches victory in the 84th minute!