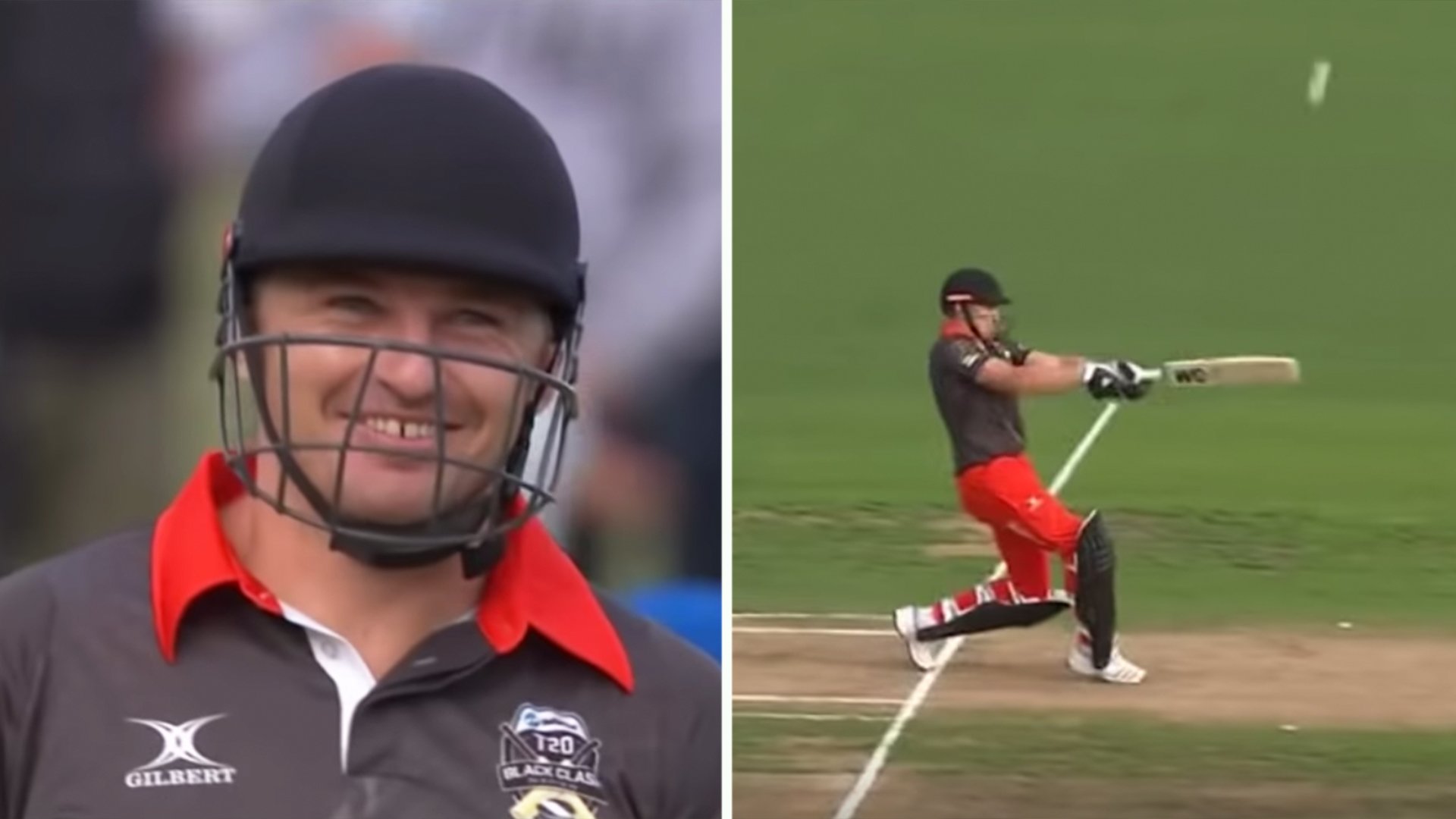 New Zealand rugby star Beauden Barrett showed the World how good he was as a cricketer last weekend with a sensational display of batting. What a cricket masterclass from the man!

Current and ex-rugby stars took part in the “Black Clash” a sporting event which comprises of some of the most famous cricketers and rugby players, where they then take each other on in a cricket 20 20 matches.

The team that the All Blacks were in was coached by World Cup-winning coach Graham Henry.

Some massive rugby stars were involved from New Zealand such as Beauden Barrett, Aaron Smith, Richie McCaw and Isreal Dagg… One of the shining moments of the match was the brilliant start to the innings that Beauden Barrett enjoyed.

The Blues number 10 hit multiple 4s and 6s, wildly swinging for the ball but getting some serious contact on the ball. Barrett has spoken in the past about how he loves the sport of cricket, and he used to play with his brothers in the past. His brother Jordie Barrett was playing in this game as well.

The All Black cricket team was stacked!

Hundreds of thousands of fans tuned in to watch this one-off match in New Zealand, and we are sure that they were pleasantly surprised to see just how good Barrett was in this match.

The commentators absolutely lost it when Barrett hit the ball for an impressive 6. For any non-cricket fans reading this, this is when the player manages to hit the ball out of the boundary without the ball touching the ground first.

Barrett may be a talented rugby player, but he could take up cricket one day if the rugby thing doesn’t work out!

Here is the replay of his monster batting display!