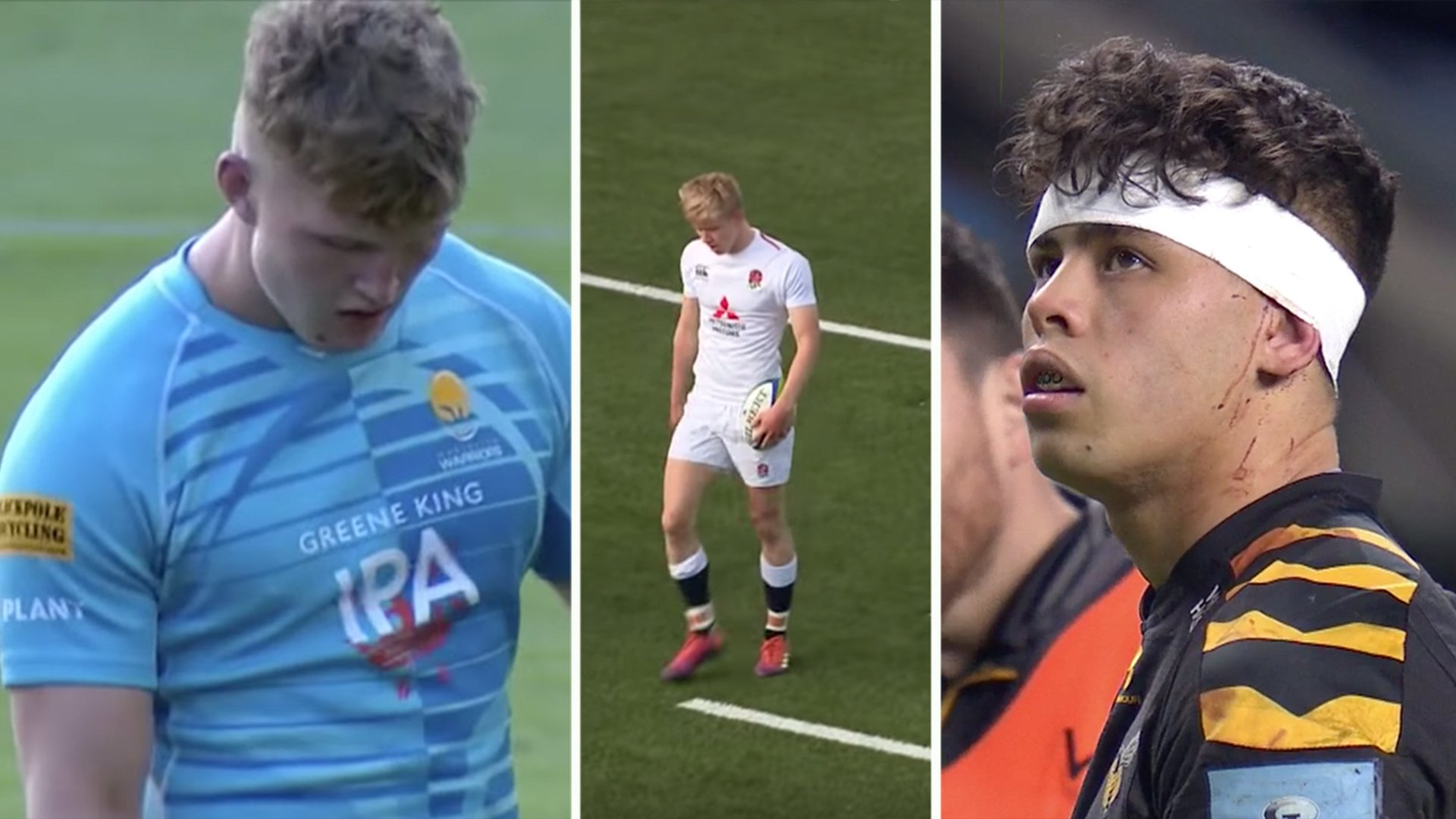 Eddie Jones announced his Six Nations squad for the 2020 campaign yesterday, with 8 uncapped players in the mix. We found highlight reels on three of the new additions to the squad and we are seriously impressed.

Eddie Jones named a whole host of new players in his team in a press conference that should have other teams in the tournament worried.

The Australian man at the helm of English rugby said that he wanted England to be, “The best team that the World has ever seen”. A seriously big goal for his team.

Here is the 35 man squad that he selected…

Eddie Jones has named his squad for the 2020 #GuinnessSixNations 🌹

We found the highlights reels for three of the players that are involved in the 35-man squad that has been selected for this tournament.

You can clearly see why Eddie Jones has opted for these players after seeing how impressive these highlight reels are.

We are going to show you the highlight reels of these three players and you can clearly see why Eddie Jones has decided to pick them.

Teddy Hill has made quite the impression at the Midlands club since he joined from the academy in 2017. The youngster has made a massive impression in Eddie Jones head since he scored 2 tries on his Premiership debut in 2018.

Hill is massive standing at 6 ft 4 and weighing 115kg, very big for back row standards.

His first highlight reel was released last year and it made headlines because of the MASSIVE hits that he put in on the likes of one of the Tuilagi brothers.

We would not be surprised at all if he starts at Number 8 in the back for England this year.

Look at some of these hits!

He is a massive talent and we think he is the most likely to start out of these three in Eddie Jones’ starting team. What a talent

Worcester Warriors have on their hands, we personally think he would do very well for a team like Leicester Tigers because his gameplay is so aggressive.

This young back for Newcastle has done insane things for England Under 20s since he came to prominence in the World Championship last summer.

Eddie Jones has only selected him as an apprentice in this squad, but if there are multiple injuries in the backline then maybe we will see him bench in a game?

The Sedbergh schoolboy has incredible speed and this can be seen from this clip here.

One thing that we have noticed that Jones likes about his backs is that they have to be incredible athletes. Jonny May who has excelled for England under him has incredible pace. Similarly, Tuilagi has serious power.

Josh Hodge fits into this criteria with his incredible speed and balance on the ball.

Probably the most exciting and unexpected addition to the England squad this winter.

You will recognise the name because he is the nephew of All Black legend Tana Umaga, the lad who destroyed Brian O’Driscoll.

Umaga has seriously impressed for Wasps this year, playing at 10 in place of the ill Lima Sopoaga. Despite just being 21, he has not looked out of place in the squad and he has some serious quick feet with the ball in hand.

Jacob has been selected in the squad as a direct replacement to George Ford, so it’s very likely that we are going to see him play in an England shirt.