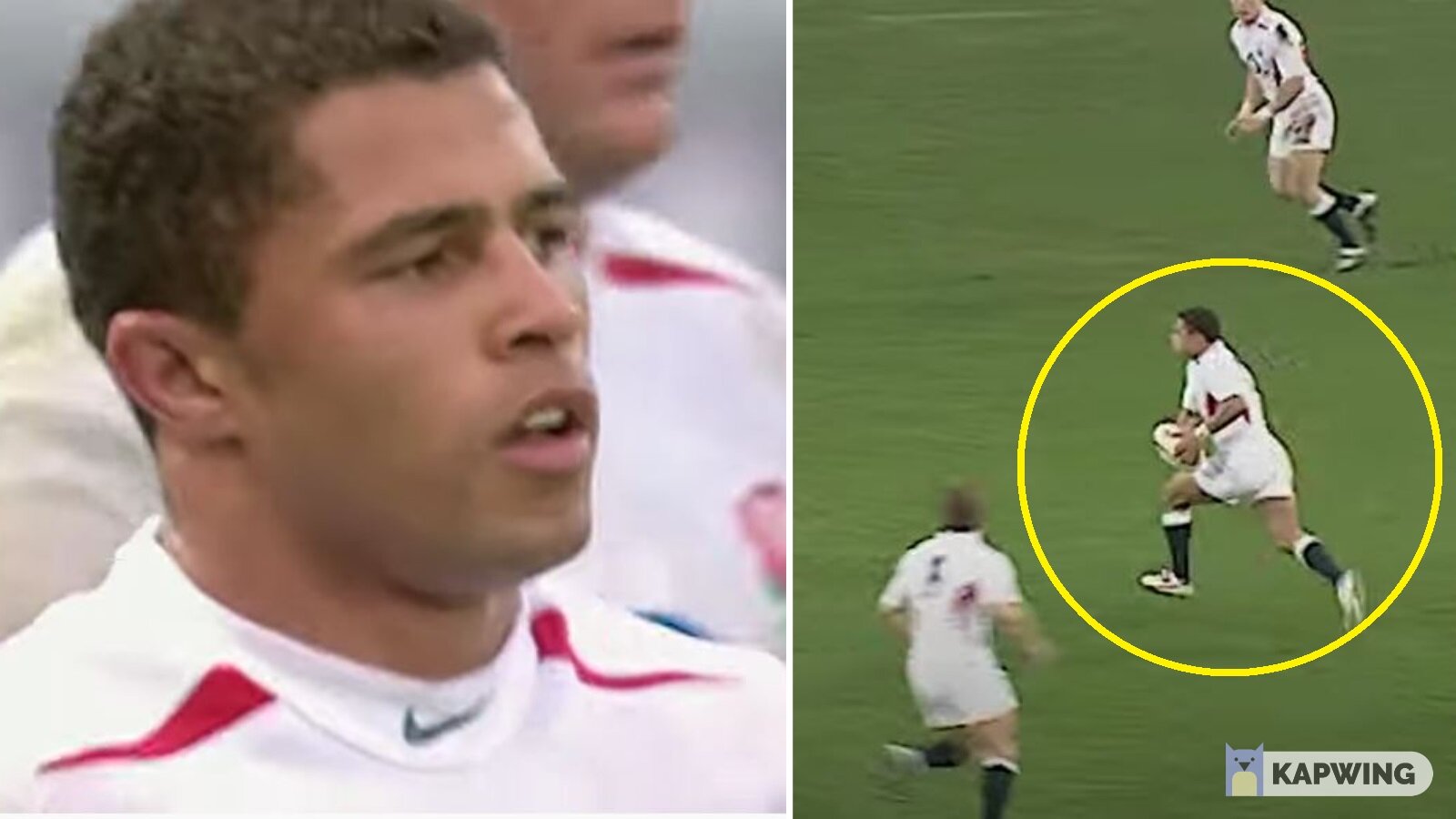 Why have so many people forgotten what position England hero Jason Robinson played when he tore Italy apart in 2004?

The Six Nations have collected a video (see below) of every touch from Robinson as he scored a hat-trick and maybe one of England’s best ever Guinness Six Nations tries in 2004 against Italy.

Robinson was actually capped first by England in 2001. In 2017 Robinson became the third World Cup winner inducted into the Premiership Hall of Fame. He also had the distinction during his playing days as he skippered Sale Sharks to their first-ever Premiership title in 2006.

Robinson was described by former Sale Sharks team-mate Steve Hanley as “quite simply, the best player to have ever played rugby” after just seven years in union.

He is a two-time British & Irish Lion and scored 28 England tries in 51 appearances in addition to lifting the Webb Ellis Trophy alongside Kay.

Despite standing at just 5ft 8in tall, Robinson is still a reminder to youngsters today that size isn’t everything after scoring 33 tries in 111 Premiership Rugby games.

“It’s a huge honour to be inducted, as a player you don’t look for things like this, you just love the game,” he said.

“The Premiership is a great league to be in and I have some fantastic memories, and I suppose this is a culmination of all those memories and the things I’ve been able to do.”