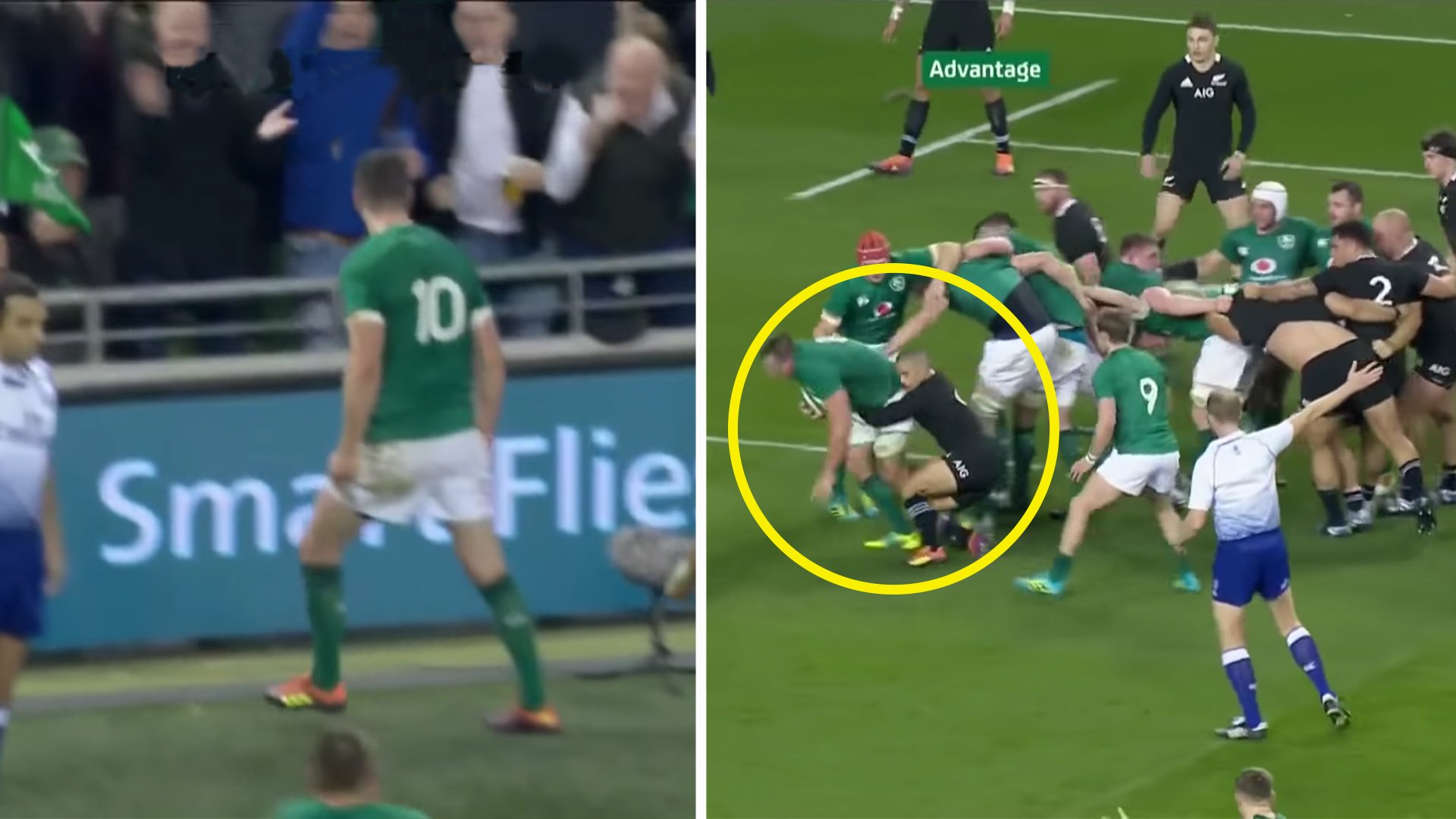 It’s a day that will go down in Irish Rugby history – their greatest test showing at the Aviva stadium with arguably the best crowd atmosphere ever seen in Dublin as this phenomenal video shows.

The All Blacks came into this match as firm favourites despite the Irish being reigning 2018 Six Nations Grand Slam champions.

The first half was a fierce, physical affair with the World Champions unable to find a way through a resolute defence that was buoyed on by an electric crowd.

The turning point came late in the opening forty minutes as the hosts won a scrum deep into the All Blacks half with the scores tied at 6-6.

Ireland had the momentum in the game and needed to make a statement to assert their dominance just before half time.

This phenomenal video shows the moment the contest swung in the hosts’ favour.

The Irish pack – led by the man-mountain Tadgh Furlong shunted back the New Zealand pack with tremendous force towards the try line to a deafening roar from the Dublin crowd.

Referee Wayne Barnes awarded the penalty as the Irish charge towards the line was dragged down with Sexton kicking the penalty in the shadows of half time to give his side the lead.

The reigning world champions were visibly shaken from the scrum obliteration with several players sluggishly trudging off the pitch at the half-time whistle.

In stark comparison, we can see Irish flanker CJ Stander bouncing up off the floor to sprint past bewildered New Zealand players like a man-possessed into the dressing rooms.

It’s not often you can break the All Blacks before the half-time whistle!

This has to go down as Irelands finest test match performance as they rattled New Zealand with manic levels of controlled aggression that sent shockwaves through the rugby universe.