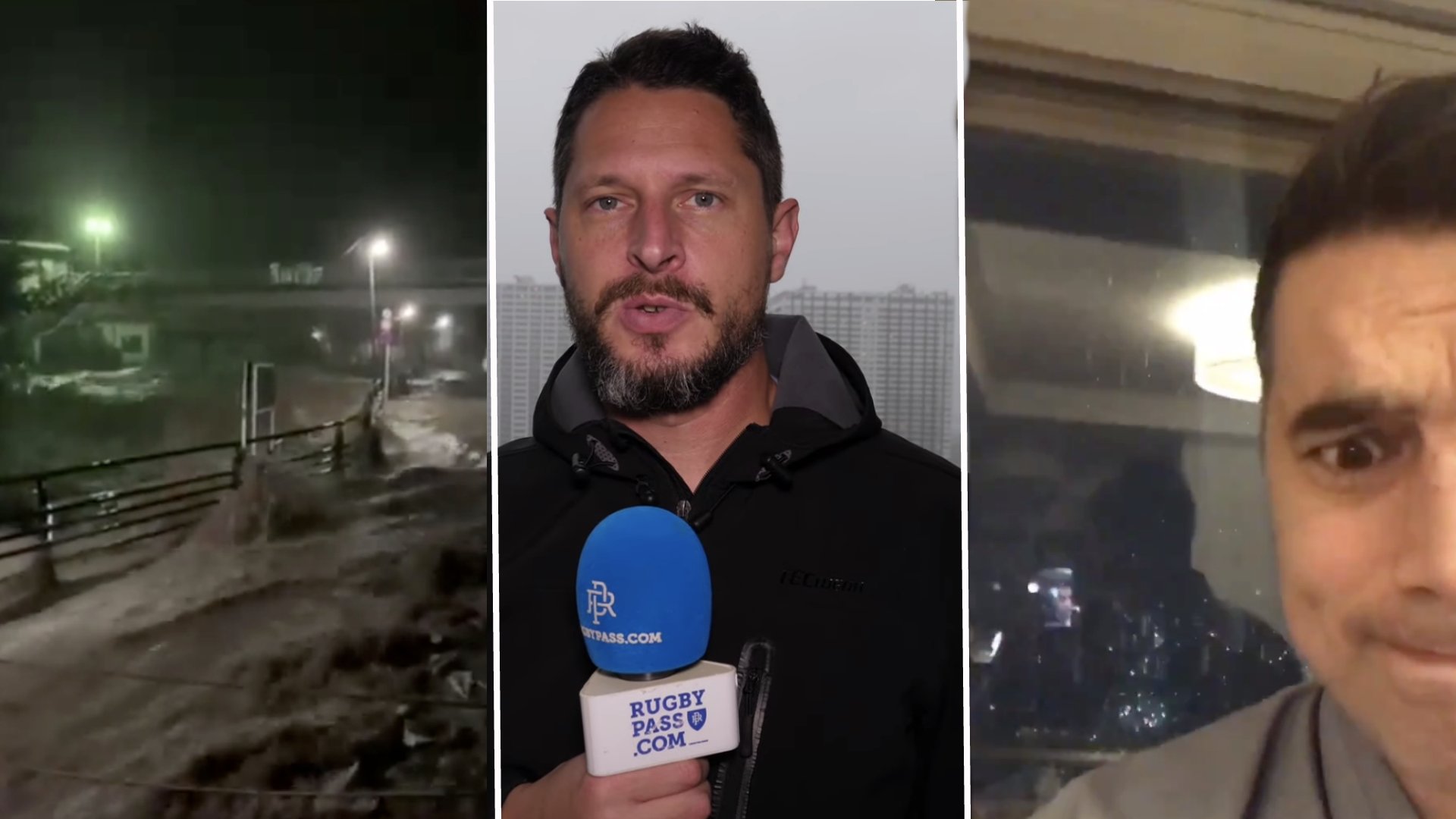 Right now typhoon Hagibis is ravaging Tokyo. Typhoon Hagibis has been labelled as the biggest storm to hit Japan in decades and from the footage that we are getting online, we have absolutely no doubt about that.

We have accumulated videos from players, fans and the media who are currently in Japan.

The storm is currently at its worst right now.

Someone who is currently in Japan right now shared this video from a hotel in Tokyo, look at just how much the typhoon is having an effect even for people indoors.

Typhoon Hagibis is on track to make landfall in Japan on Saturday, 12 October, tracking east through Sunday, 13 October. Wide areas across eastern, western and northern Japan will be affected by strong winds as well as torrential and sustained heavy rain that bring the risk of floods and landslide. Storm surges are expected across the coast of eastern Japan on Saturday and Sunday.

According to the Japan Meteorological Agency, this typhoon is anticipated to be the most powerful storm of the year, so be prepared and stay safe. Remain indoors, check typhoon-related updates regularly and follow the advice of local authorities including any evacuation orders and ensure you have basic food provisions. Keep travel documents and essential medication with you in case you have to move at short notice and let family and friends in your home country know you are safe.

Incredible how bad it is.

Moving to higher ground – waves and surge hammering the little fishing harbour I’m in (don’t try this at home – I had an escape route behind me) Ebisu island #japan #typhoon #Hagibis pic.twitter.com/kv87zNp8xy

Typhoon Hagibis has been infamous this week as Scotland and Italy fans have been in shock at the decisions to cancel games at the World Cup.

After watching this video, however, it is clear to see why they were so keen to avoid this…

Scotland front row Fraser Brown sent this video from his own hotel room. It sounds like the hotel itself is creaking from the wind battering the area.

Here is the current information about Typhoon Hagibis right now.

You can see the current wind speed of the typhoon is 90mph! Absolutely insane! It is certainly different to a normal build-up to a test match. We’re obviously hoping it is going to go ahead and first and foremost we hope everyone is safe in Japan.

“As players we can only control what we can control. We have to prepare well and we are looking forward to the challenge that lies ahead.

“We have to prepare like it is going to happen because we can’t be unprepared going into this game. As a leadership group, we have tried to prepare the boys as much as we can. It is a knockout game and the players will be highly motivated and ready to go.”

Here is a video from a rugby fan in Japan at the moment.

You can see the water gushing down the embankment here. How could anyone have expected a game to be played even behind closed doors in this.

Setting up a live cross from Japan with more on Typhoon Hagibis. The wind is really starting to hit central Tokyo now. It’s supposed to peak later tonight. @DewiPreece1 pic.twitter.com/JLPR4DHP4e

Our levee held long enough to move people who wanted to evacuate out. Then it got swamped and that’s when our firehouse street got flooded too. Don’t know if nearby homes stayed dry. pic.twitter.com/V0Kt3yOtqZ

RugbyPass issued a short update video for fans in Japan and Tokyo at the moment. It certainly looks dangerous to say the least. Everything looks completely shut down in the city.

That window is getting battered worse than Scotland against Ireland.

Building is now officially shaking around and making us seasick. #TyphoonHagibis #RWC2019 pic.twitter.com/cKXDI8riS3