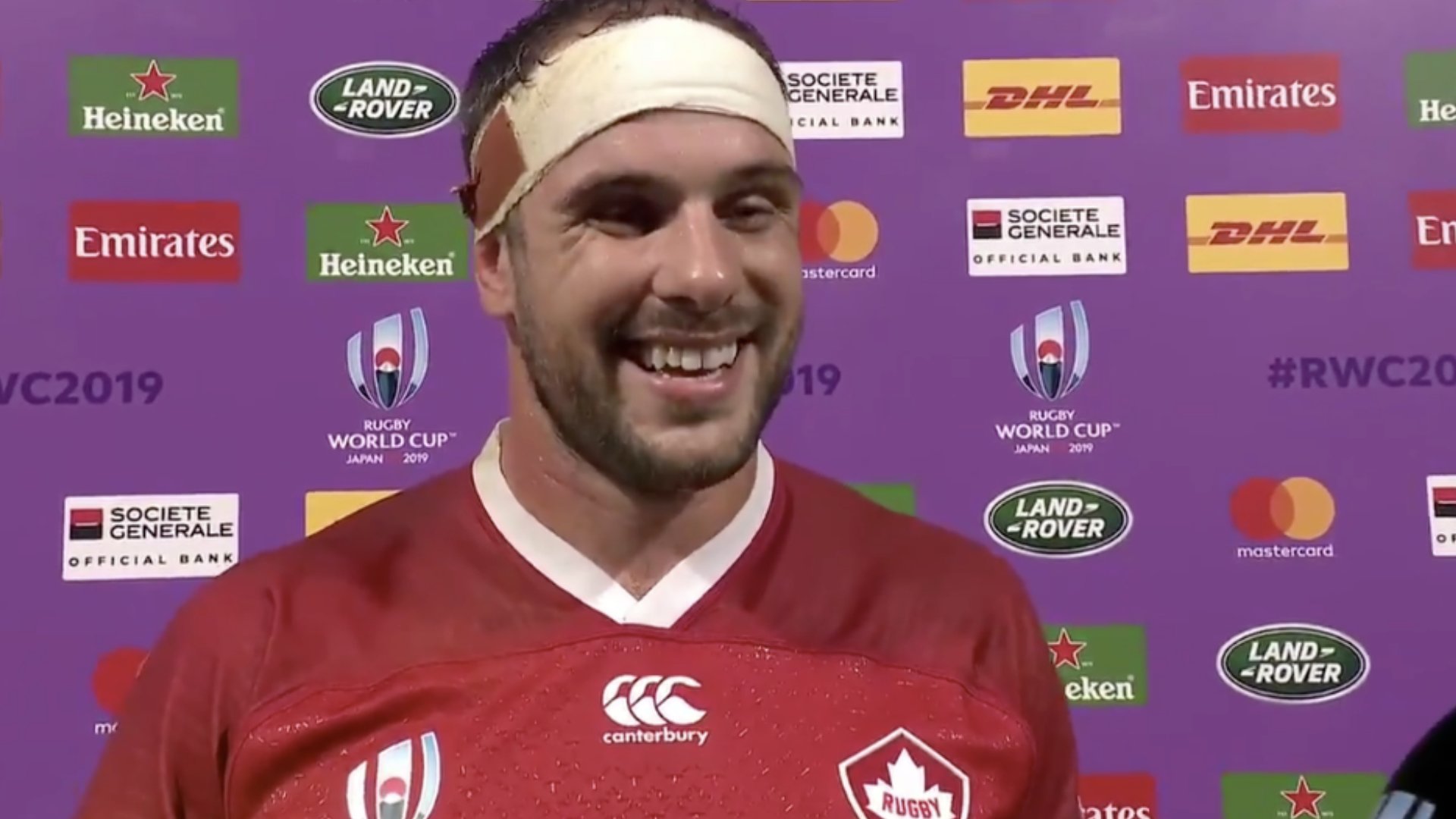 Canada’s captain gives the most Canadian post-match interview ever

After Canada had their arses completely handed to them in their Pool B clash against South Africa, you’d think that their captain might be pretty downbeat. The answer, no… The Canadian way.

Canada captain Tyler Ardron spoke about how Canada, couldn’t get their hands on the ball for the first 30 minutes of the game. You would think that this would be something that would trouble the Canadian captain but all we could see was a slight smile on his face when he said this.

Canadian people are notoriously known for their politeness and niceness around the World, and it was certainly the case here as the captain couldn’t even manage a grimace even after the battering that his team had just received.

Canada pulled together in the second half to avoid a triple figure scoreline. An impressive display from South Africa. #Springboks #RugbyWorldCup

Canada will be pleased that they managed to somehow score a try in the second half, after referee Luke Pearce smartly shrugged off the advice from the TMO, who believed that it shouldn’t be a score.

Canada will go into their final pool game against Namibia, in a match they will certainly want to win, securing their first W of the tournament.

Take a look at the interview here with World Rugby.

Springbok Sevens captain Philip Snyman has announced his retirement from all rugby following a career-ending back injury.

The 32-year-old three-time HSBC World Rugby Sevens Series champion ends his international career for the Blitzboks as South Africa’s most successful captain, leading his country to two World Series crowns and a bronze medal at the Rugby World Cup Sevens in 2018.

Snyman, who debuted for the Blitzboks in 2008 and was part of the historic squad who won their first World Series title that season, also was an Olympic Games bronze medallist in 2016.

In all, Snyman played in 62 World Series tournaments and 276 matches for the team, scoring 69 tries and 15 conversions for a total of 376 points, while he captained the side in 28 tournaments. He represented South Africa at the Rugby World Cups in Dubai (2008), Moscow (2013) and San Francisco (2018), making him the only Blitzbok to play at three RWC7s tournaments.

“Philip’s ability to bring the best of out the Blitzboks was only one of his wonderful strengths as a captain,” said Mr Alexander.

“Under his leadership, the Blitzboks always played until the final whistle and his humility in his captaincy was always a hallmark of him as a leader.”