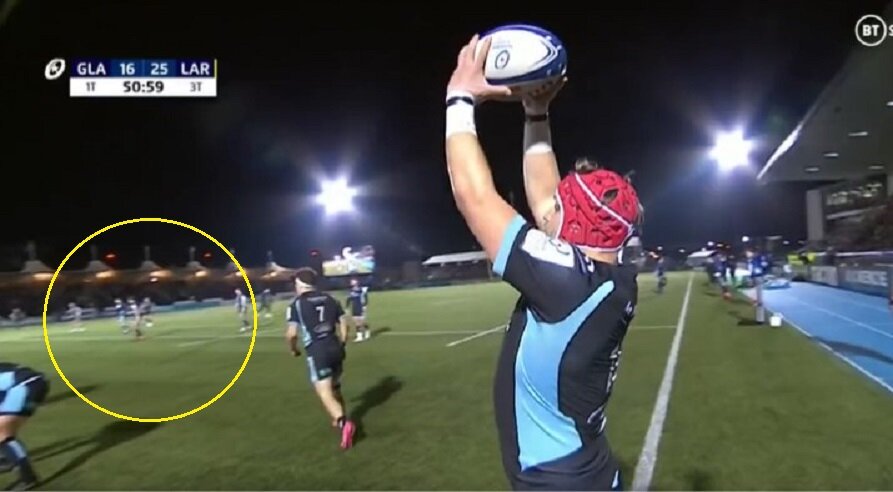 A probe has been launched into France star Brice Dulin, who was accused on air by Andy Nicol of ‘playing football’ for La Rochelle.

The incident in question will be pretty traumatic to most rugby fans, who’d struggle to get to more than five or six playing ‘keepy-uppy’ with a round ball.

Dulin can clearly be seen here being too skillful, a phenomenon that is looked down upon in rugby union, where basic stuff like catching and passing are lauded as the height of skill.

This sort of stuff doesn’t really fit into that picture.

Many believe that Dulin was doing it to impress La Rochelle boss Ronan O’Gara who is from Cork – the birthplace of angry football icon Roy Keane.

Dulin may have thought showing off some footy skills so he might remind O’Gara of Keane and that is would impress the Irisman in a more profound manner than if he just picked up the ball and passed it like a normal human being.

“There are 29 lads out there playing Rugby football, while Brice Dulin is enjoying some football.

“So impressive from the Frenchman.

There are 29 lads out there playing 🏉, while Brice Dulin is enjoying some football.

So impressive from the Frenchman.

Harlequins’ Marcus Smith is this season’s leading scorer to date with 44 points while Sam Simmonds of the Exeter Chiefs once again tops the try-scoring charts with four.

Ulster’s Mike Lowry, who was the Heineken Star of the Match in his side’s win over Northampton Saints, has made an impressive 453 metres from three matches to date.

Following his spectacular three-try performance for Union Bordeaux-Bègles against the Scarlets, Louis Bielle-Biarrey at the age of 18 years, 6 months and 16 days, has become the youngest player in history to score a hat-trick in the tournament.

Leinster Rugby’s Rhys Ruddock and Rhys Priestland of Cardiff Rugby both made their 50th tournament appearances in Round 3.