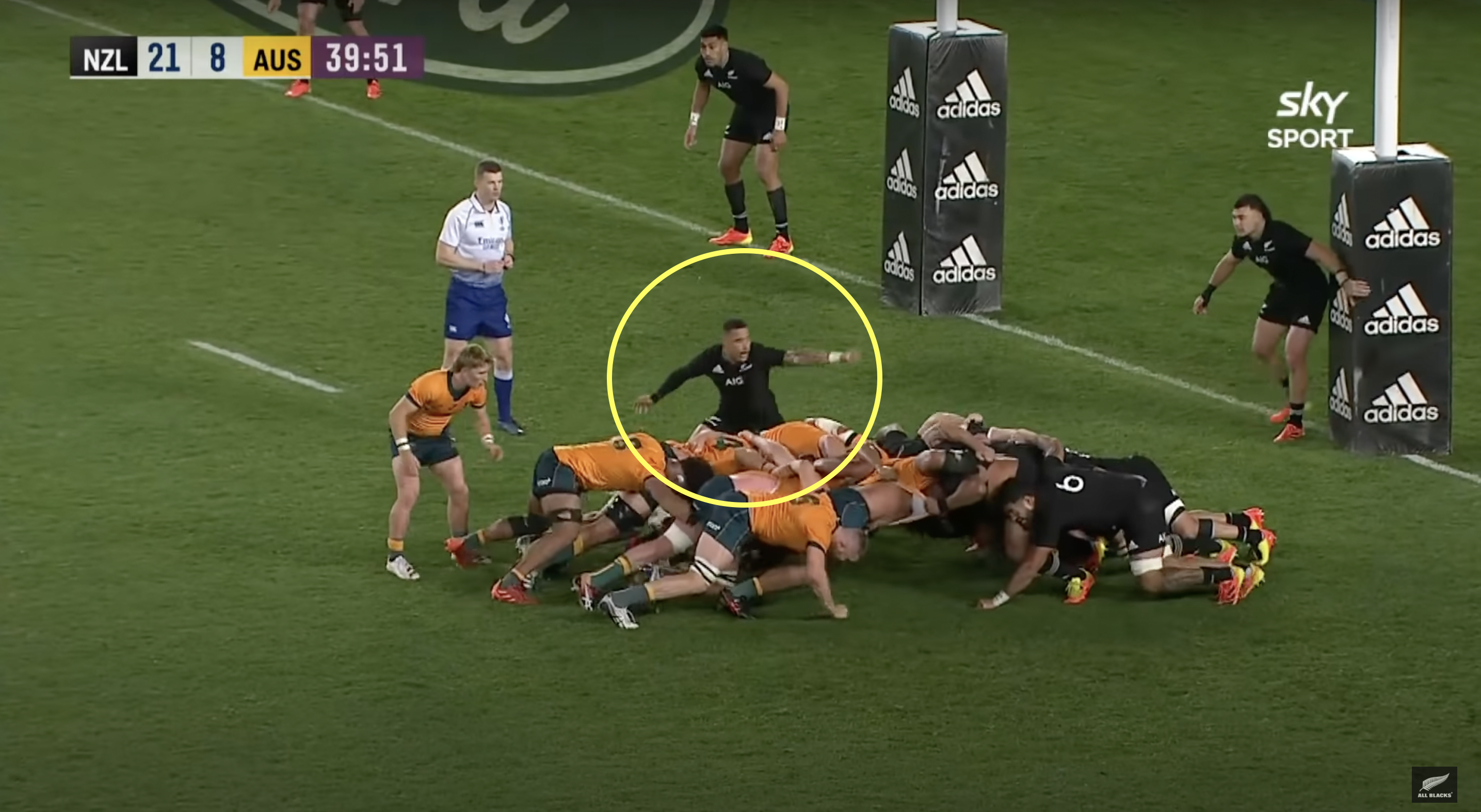 Proof Aaron Smith is an evil genius for the All Blacks

If you are someone that thinks the All Blacks persistently get away with murder on a rugby pitch, look away now.

New Zealand have a string of players who are famed for their success in the dark arts of rugby and their ability to break the laws and get away with it. Scrum-half Aaron Smith is no exception.

After the All Blacks’ 57-22 victory over the Wallabies at the weekend, Australian journalist Christy Doran picked up on the underhanded activity of Smith, who earned his 100th cap the week before.

The particular incident came in the first half at Eden Park when the Wallabies’ hooker Brandon Paenga-Amosa hit the front man at the lineout which led to a gain of about ten metres up field. After building a bit of momentum, it is crucial the attacking team recycle the ball quickly, but Smith ensured the Wallabies were unable to do so by nudging Paenga-Amosa to the ground.  This just slowed the ball down enough for the All Blacks to set up in defence.

Of course, this is not a red card offence- a penalty at most- but is just an example of how streetwise the All Blacks are.

Notice the little bump from Aaron Smith on Brandon Paenga-Amosa to deny the Wallabies quick ball.

Yet another cunning cleanout play from the All Blacks. pic.twitter.com/qMoQy5BPhM