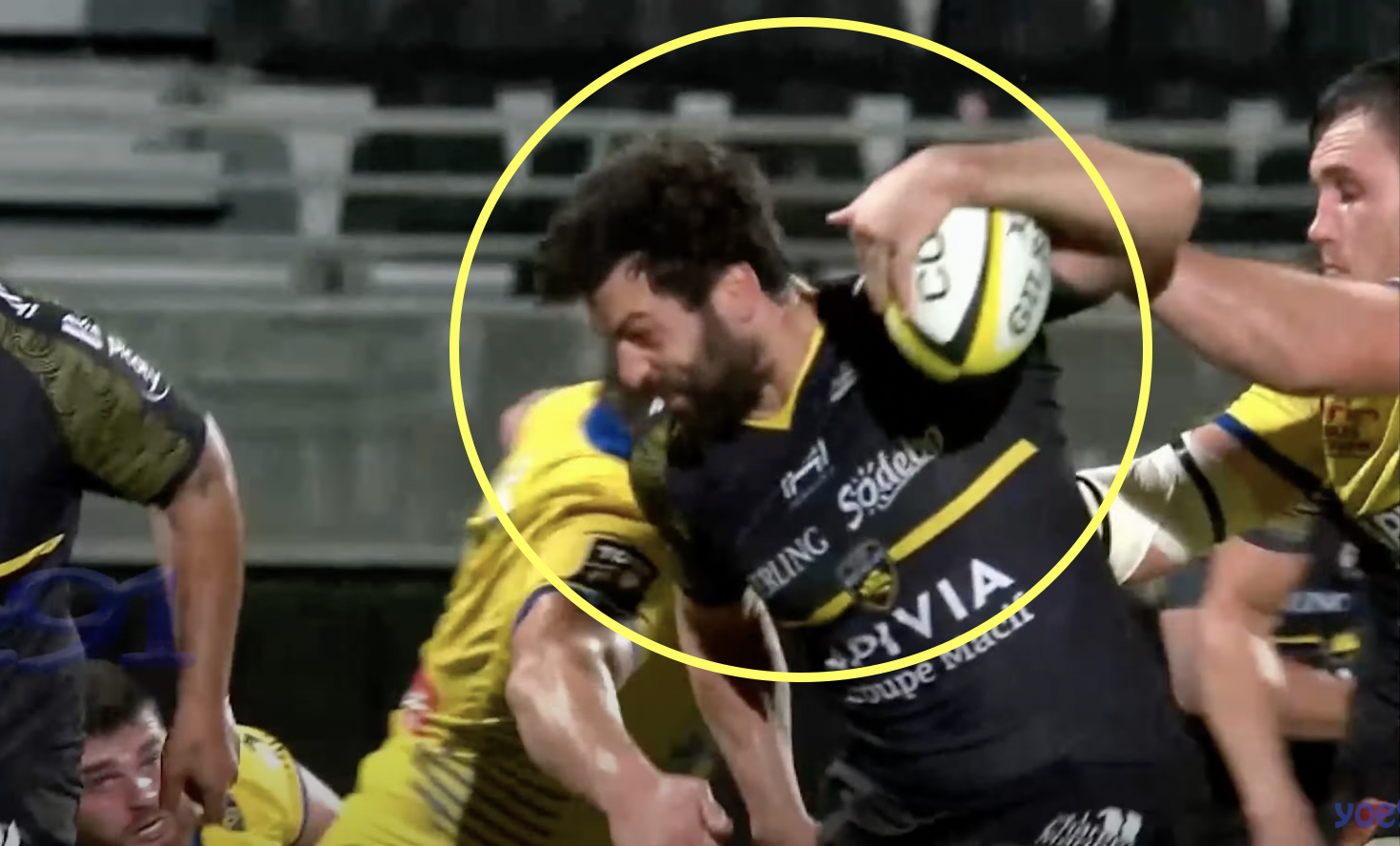 Since France and La Rochelle back row Kevin Gourdon announced his immediate retirement from rugby after discovering a cardiac issue, tributes and highlights reels have been shared of the 31-year-old online.

One in particular, by you91 Rugby, perfectly sums up what a talent the 19-cap Frenchman was, and why he is surely one of the most underrated players in recent years. He was integral to La Rochelle’s philosophy of keeping the ball alive, and indeed started in the No7 shirt in both the Heineken Champions Cup final and the Top 14 final this year.

The video shows how strong a ball carrier he was and how he had the hands to complement his power. This allowed La Rochelle to play the way they do. Being able to play across the back row only made him a more valuable asset to Ronan O’Gara’s team, which is why he played 221 times for the French outfit. While he did play for the national team, he was perhaps not the regular that he could have been, and played his last Test in 2018.

Upon announcing his retirement, Gourdon said: Gourdon said: “This is brutal and sad news, but my health is a priority. Unfortunately this is something that we do not master, I am not able to do anything to make the situation different, so I have no regrets. I was lucky to have a busy career, I have experienced a lot with Stade Rochelais, Pro D2, the fight to stay in TOP 14 and then a few years later the final stages… I I also had the pride to play with the XV of France. It’s a lot of memories, of emotions. But today I have to turn to a new part of my life, maybe a little earlier than expected, but which will be, I am convinced, just as fulfilling.”