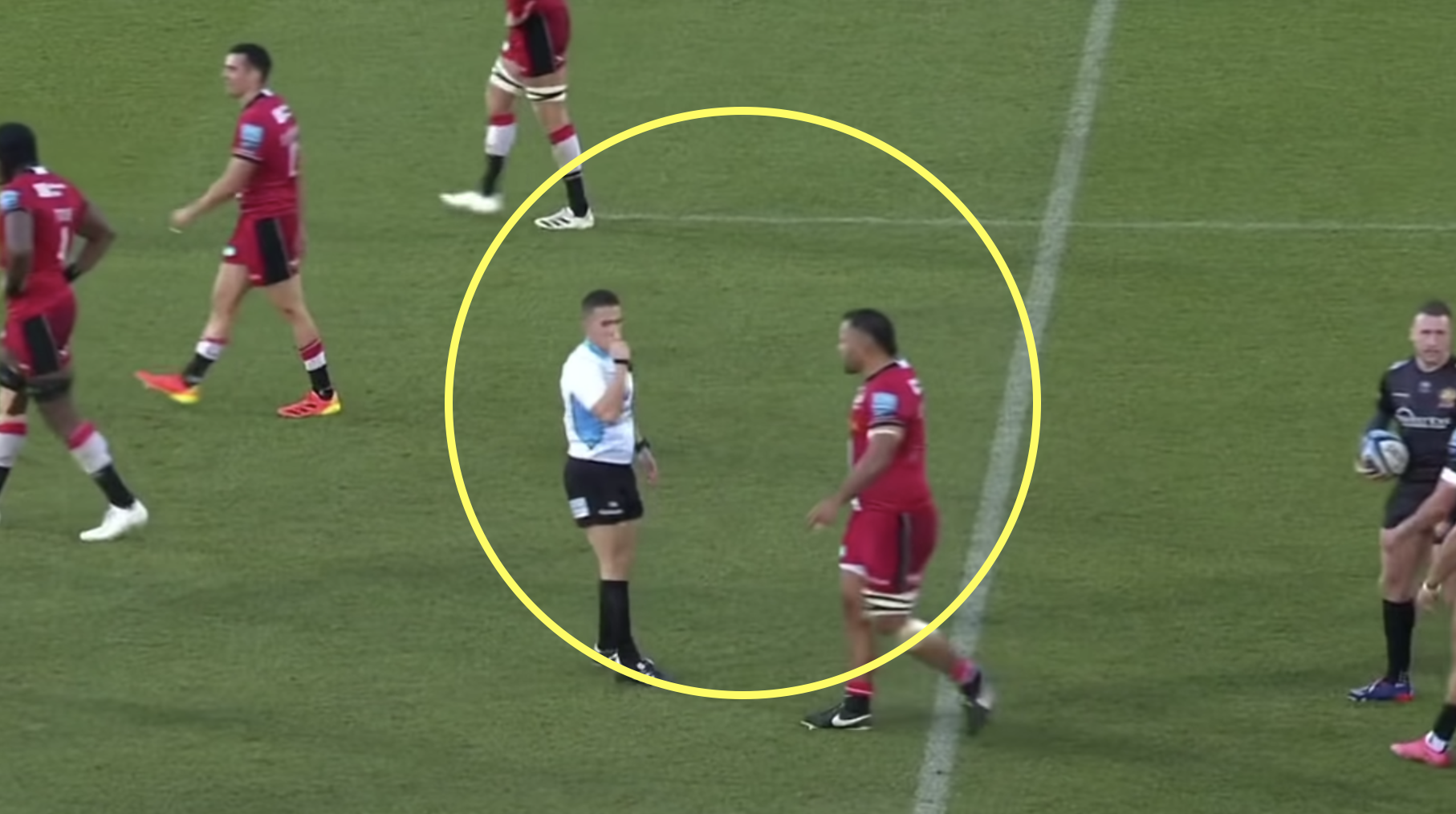 Proof that Saracens’ backchat is no new thing

Saracens shot themselves in the foot on a number of occasions in their loss to Exeter Chiefs on Saturday with their backchat to referee Luke Pearce.

The Men in Black were sent back 10 metres multiple times at Sandy Park, and were even marched back 20 metres in one instance when No8 Billy Vunipola continued his tirade towards the referee.

However, a video shared recently by Andrew Forde of backchat in rugby shows that Saturday was not the first time that the London side have wound up the referee with their comments. Vunipola has been guilty of it before, as has England captain Owen Farrell, who was missing from the line-up against the Chiefs with his ankle injury.

It is fair to say that Farrell and many of his fly-half peers steal the show as many fellow No10s have recurring roles in the video. The likes of Johnny Sexton and Dan Biggar also feature in the video, as does Sexton’s Ireland predecessor Ronan O’Gara. What’s worse is that the 2017 British & Irish Lions squad contained Farrell, Sexton and Biggar, and though all three were not on the pitch at the same time, it would have meant that referees got absolutely no rest throughout that tour.

The video also contains one of the most famous pieces of backchat ever in rugby, certainly in the English game, which was Dyaln Hartley’s infamous comment to Wayne Barnes in the 2013 Premiership final, which saw the Northampton Saints captain dismissed from the field against their biggest rivals Leicester Tigers.

Saracens ended up losing the contest against Exeter 18-15, so their ill-discipline could have been crucial in determining the result. Despite the loss, Saracens remain in second place in the Gallagher Premiership table, but are now nine points behind leaders Leicester Tigers and two points ahead of Northampton Saints.