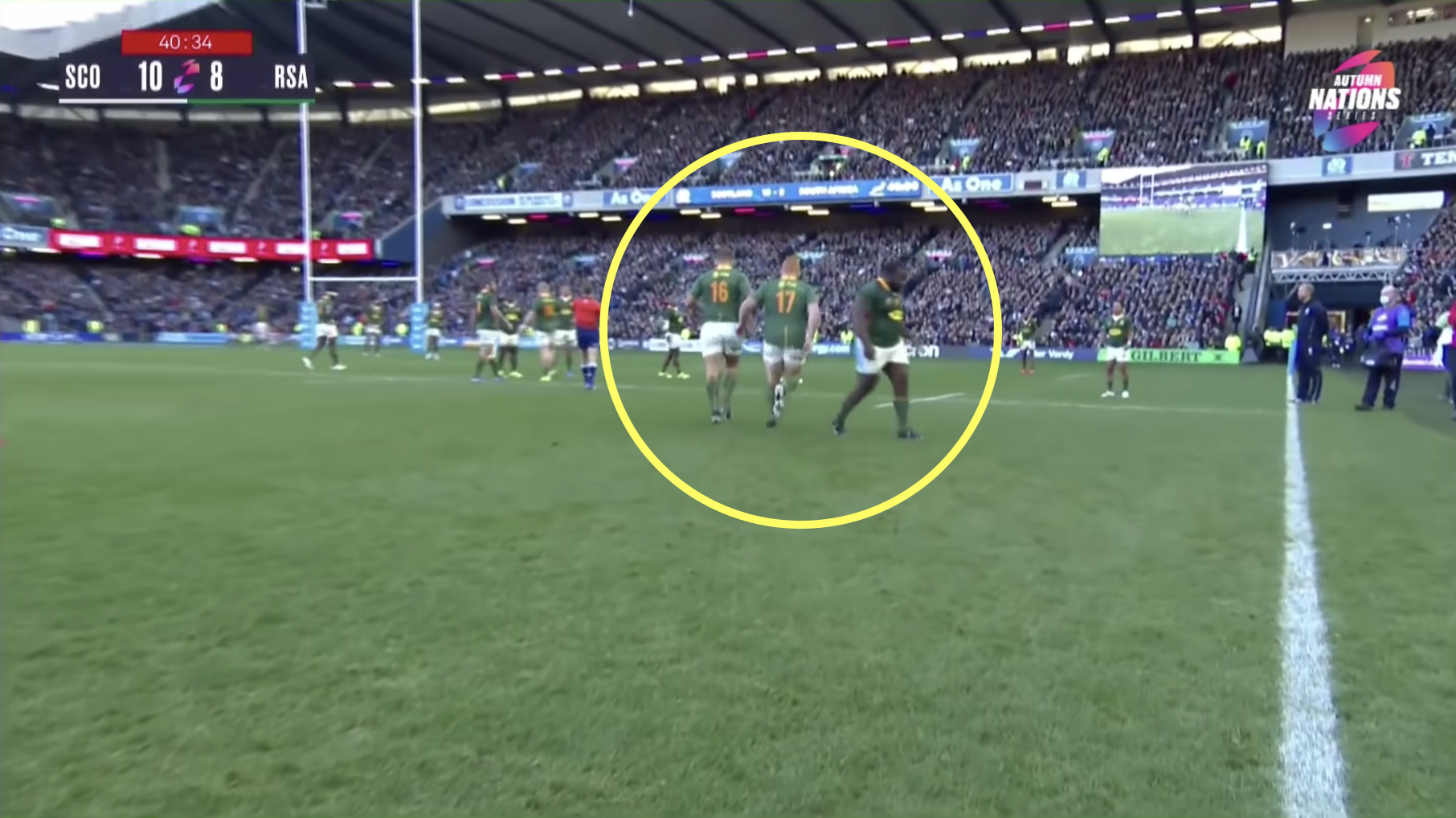 One tactic of Jacques Nienaber and Rassie Erasmus’ in recent months that has proven to be highly controversial among pundits and the South Africa public is the timing of their front row substitutions.

The pair have not been afraid to sub off their entire front row in the first half, as was shown against Scotland last Saturday, to bring on the ‘Bomb Squad’. Even in games where the starting front row make it to half time on the pitch, their second half is usually very short.

This has become a common tactic, whereby Ox Nche, Bongi Mbonambi and Trevor Nyakane have all started, and have been replaced by Steven Kitshoff, Malcolm Marx and Vincent Koch.

Speaking on SuperSport this week after the win over Scotland, Jono Mokuena and Swys de Bruin discussed this tactic, with the former saying that he understands why Nienaber does it.

“It was a bit of a worry for me,” Mokuena said. “So I took a bit of a step back and I placed myself in Jacques’ shoes in terms of how and what the reasons are for the substitutions happening. I want to take you back to Chasing the Sun, the documentary the Springboks did. If you remember, there was one clip where Rassie said to the boys in the build up to the game that if they empty the tank in ten minutes, he will take them off. So with that being said, I looked at the [Scotland] game with a different angle.

“If you look at Ox, Bongi and Trevor, on the 15th minute they started walking on the field. If you remember up until that point there were four scrums that we were dominating. Their job is to soften up the opponents for the bench to come on. Now yes, possibly they could have been subbed off after half time, and I think we’re all in agreement with that.

De Bruin disagreed slightly, however, saying: “I just feel, personally, I won’t sub three guys just before half time. I’ll change my plan slightly. ‘Guys, at half time you’re coming off and I’m putting the other three on.'”