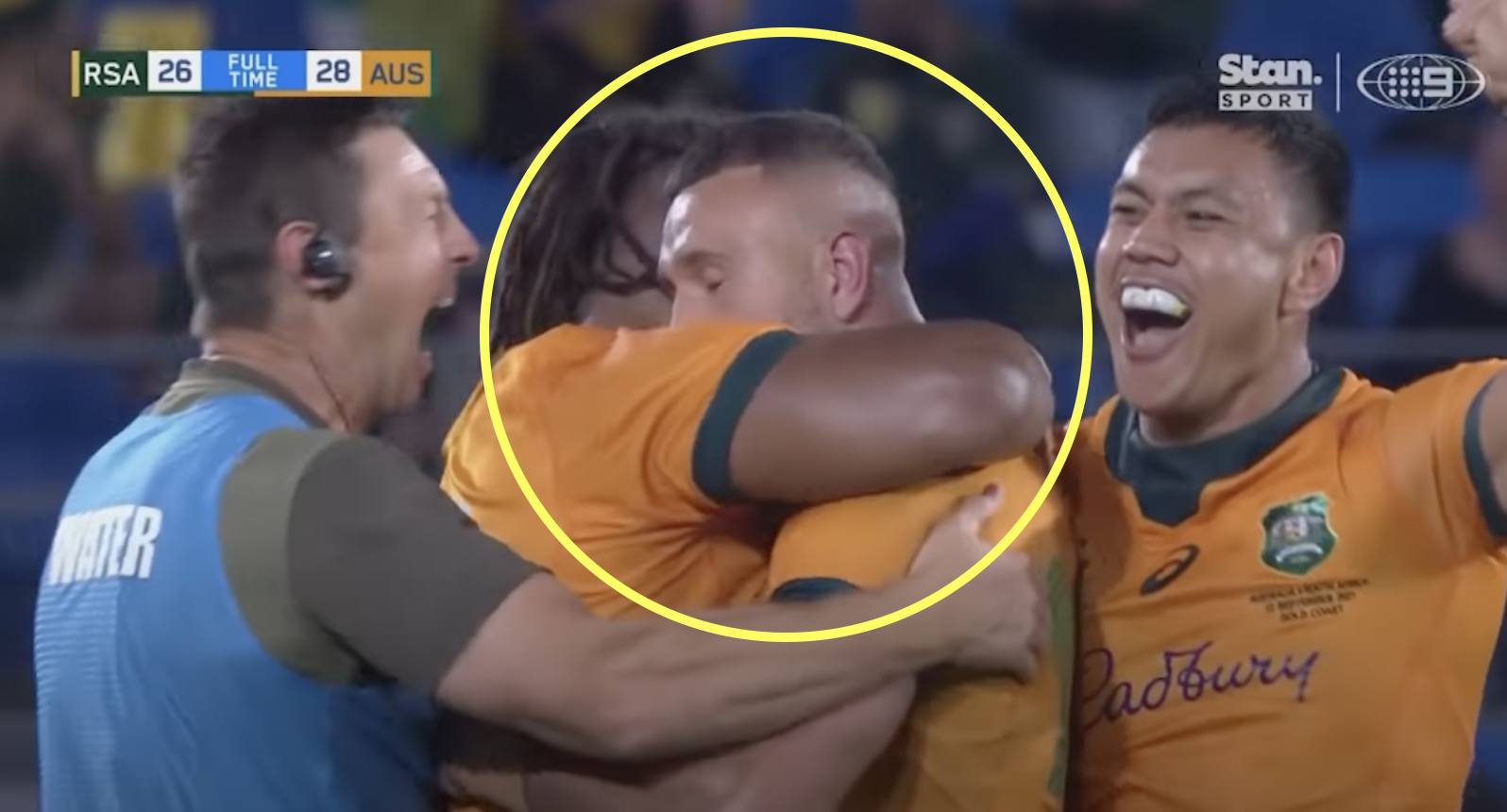 Quade Cooper names the hilarious difference between him and Noah Lolesio

Australia produced a performance for the ages on Sunday, toppling the world champions South Africa in dramatic fashion.

Quade Cooper was the hero on this occasion, kicking 23 points and the match-defining penalty in the last minute to sink the Springboks. This was a bravura performance, made all the more impressive by the fact that he was playing his first Test match in four years after many had thought his Wallabies career was over.

Noah Lolesio had been the custodian of the Wallabies No10 shirt this year, starting all three Tests against Australia and all three Bledisloe Cup Tests against the All Blacks. However, a change was needed after a humbling 3-0 series loss to their great rivals.

The 21-year-old Lolesio is clearly the future, but in the midst of a slump Dave Rennie was only thinking about the present when he picked his team to face the Springboks, so he turned to the 33-year-old Cooper and it paid off.

Listen to his answer:

After such an epic win, the Wallabies will need to regroup as they face a repeat fixture against the Boks this Saturday in Brisbane. The Springboks rarely lose twice in a row so Cooper and the rest of the team will know what is coming.

It would be surprising if Rennie tinkers with his team much, and it looks like Cooper will keep hold of the golden No10 shirt as the Wallabies look to build some momentum. A win would also put them within touching distance of the Springboks in second place in the Rugby Championship.