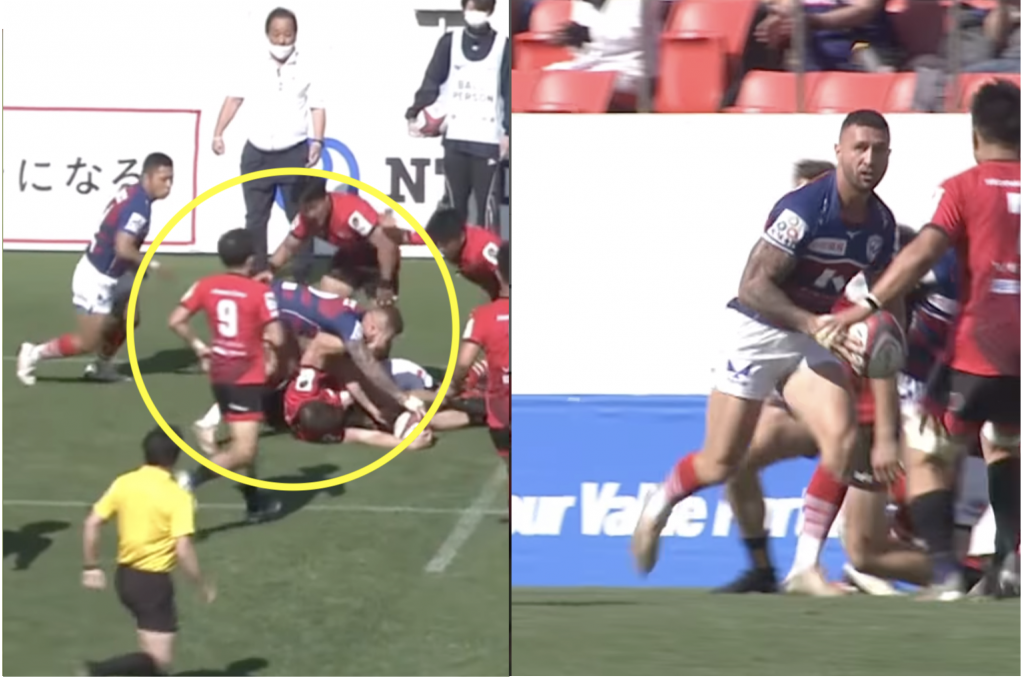 At the age of 34 and after a professional career that has spanned almost two decades, Quade Cooper has officially hit his first ever ruck.

It came this season in Japan while playing for the Hanazono Kintetsu Liners in Japan’s Division Two, and he has certainly milked it.

Of course that is not true, the fly-half has hit plenty of rucks in his career, but very few with the impact he had at the one he decided to share on social media recently.

Cooper guided the Liners to Division One last week with a victory over the Mitsubishi Sagamihara Dynaboars, securing automatic promotion to Japan’s top table. He shared this on Instagram soon after:

“Although winning our comp was a goal it’s not the ultimate goal that drives me. The idea and ultimate goal is constant improvement. This is about living a lifestyle where growth is the driver and the wins and loses are part of the journey… grateful that we were victorious in this game but regardless of the outcome the growth of our team made this journey so special. Thank you to my teammates our staff and of course our fans for your contribution to this journey so far.”

After the euphoria of promotion had died down, he shared a video of his handiwork on the deck. The video Cooper recently shared saw him not only win a penalty over the ball, but he then proceeded to take a quick tap and bounce the opposing scrum-half before offloading and creating a try.

Cooper would not have looked out of place with a No6, No7 or No8 on his back here, and even wrote on Instagram “If I knew playing 7 was this easy I’d have made the switch a while back.” His former teammate David Pocock could not have done any better.

Then again, we are living in a world where Highlanders loosehead Daniel Lienert-Brown took a conversion recently in Super Rugby Pacific, so it only seems right in this bizarre world that fly-halves are now winning breakdown turnovers.