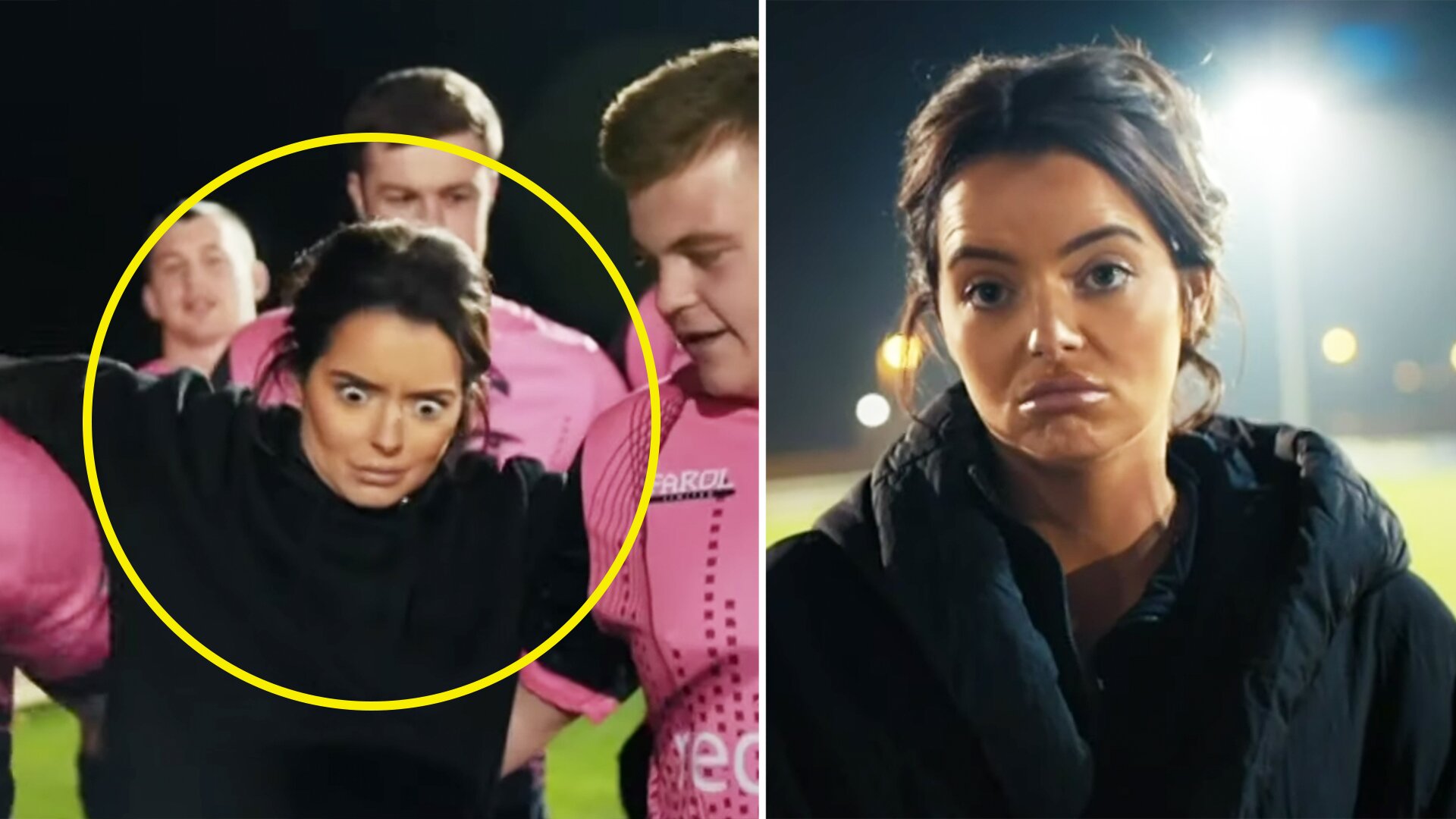 Irish reality television star, Maura Higgins, has been featured in a new video by ITV showing her playing rugby for the first time.

The footage, taken from her new program ‘You’re joking me’ shows the 29-year-old being put through her paces at Chinnor RFC.

She was well known for her witty one-liners and sharp tongue on the reality television show, Love Island.

We see how she’s put through her paces with a series of generic rugby drills on a cold night in the English county of Oxfordshire.

Later in the video, the team form a scrum with Maura Higgins as she’s told she will play as hooker.

The players go on to smash into a scrum machine with the television star joined in at the front row.

If you’re a closet Love island fan – this will certainly be down your street.

An RFU grassroots semi-professional player – Greg Goodfellow of Chinnor – has been banned from all sport for two years from March 29, 2019, until March 28, 2021, following the failure of a doping test taken last year in England.

A statement from the RFU on the doping ban read: “Mr Goodfellow provided a urine sample at Chinnor’s training ground on February 19, 2019. The sample was found to contain the prohibited substance methasterone.

A player from Chinnor RFC has been banned for two years for an anti-doping rule violation.

“Mr Goodfellow was charged with a breach of World Rugby regulation 21.2.1 – the presence of a prohibited substance or its metabolites or markers in a player’s sample.”

RFU anti-doping and illicit drugs programme manager Stephen Watkins said: “All rugby players are subject to the anti-doping rules which are in place to protect players and the integrity of our sport.”

According to written verdict, the anti-doping panel heard the player’s evidence that a supplement called SD Matrix was responsible for the adverse finding.