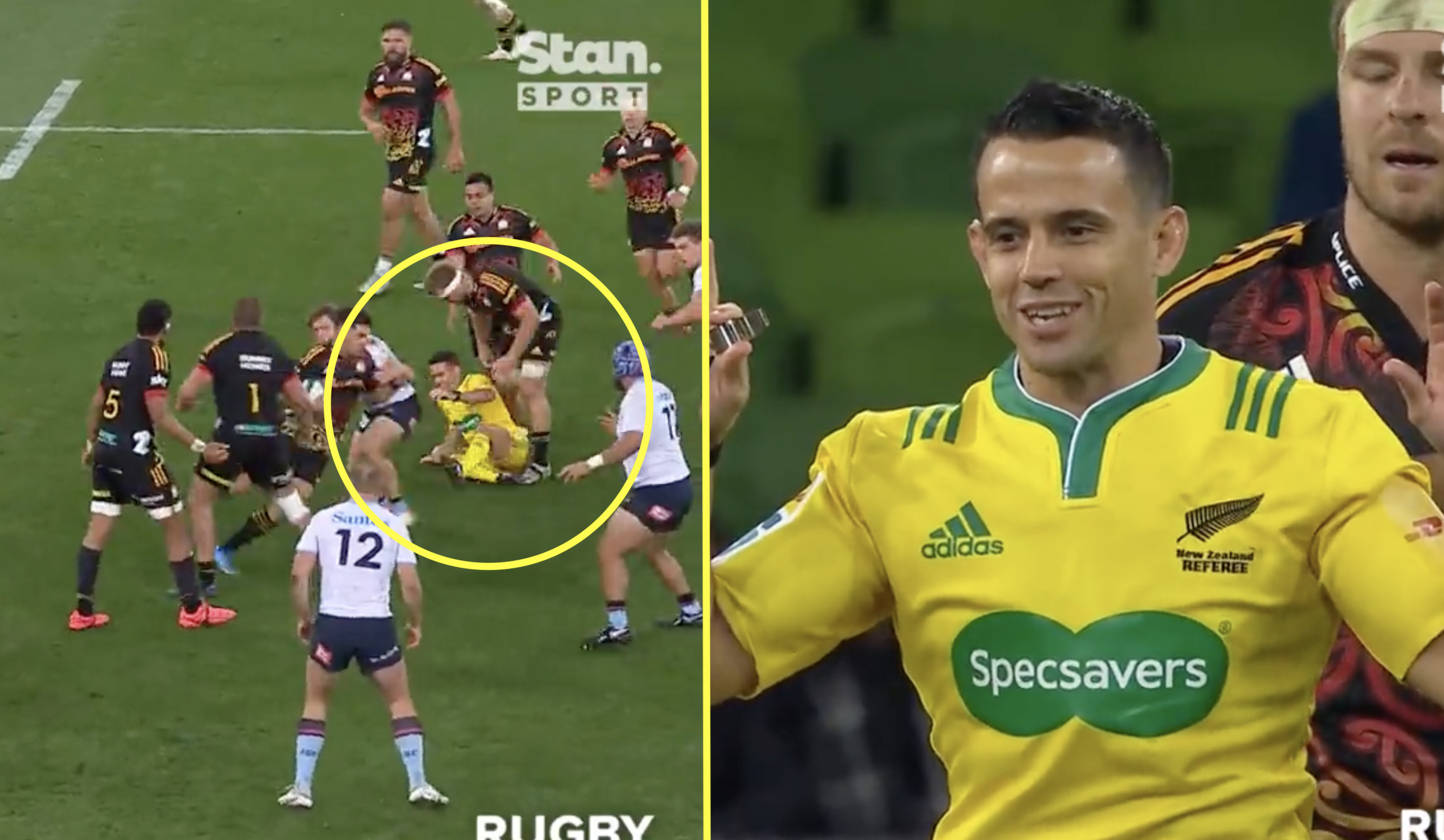 Somewhere in South Africa, Rassie Erasmus is smiling currently after seeing his mortal enemy felled on Friday, and the Springboks director of rugby got Wallabies captain Michael Hooper to do his dirty work.

Nic Berry was refereeing the Waratahs’ clash with the Chiefs on Friday when he met his fate in the second half. After initially getting hit by Chiefs wing Quinn Tupaea, it was Hooper who delivered the final blow, as the Australian referee pinballed around the players before falling on the floor and being helped back up by All Blacks captain Sam Cane.

No one is entirely sure if Hooper was working as Erasmus’ assassin, but reports have emerged that the flanker arrived at the game in a new fur coat and Ferrari.

This feud between the South African and the referee of course dates back to the British & Irish Lions tour last year, where Erasmus produced his infamous hour long video in which he criticised Berry at length for his performance in the first Test which the Lions won. Erasmus was subsequently banned from all forms of rugby for two months and any involvement with the Boks on matchdays for a year by World Rugby last November. On top of that, he has since apologised to Berry as well.

The referee has also shared what the ordeal was like for him, saying: “My family and I have endured a significant amount of distress and we will only have negative memories of the whole experience.

“I feel that Mr Erasmus engaged in a character assassination of me on social media.

“I have spent many years trying to build my reputation as an international referee and in the course of his video which was posted online, Mr E rasmus has caused it immeasurable damage.”

Take a look at the collision: