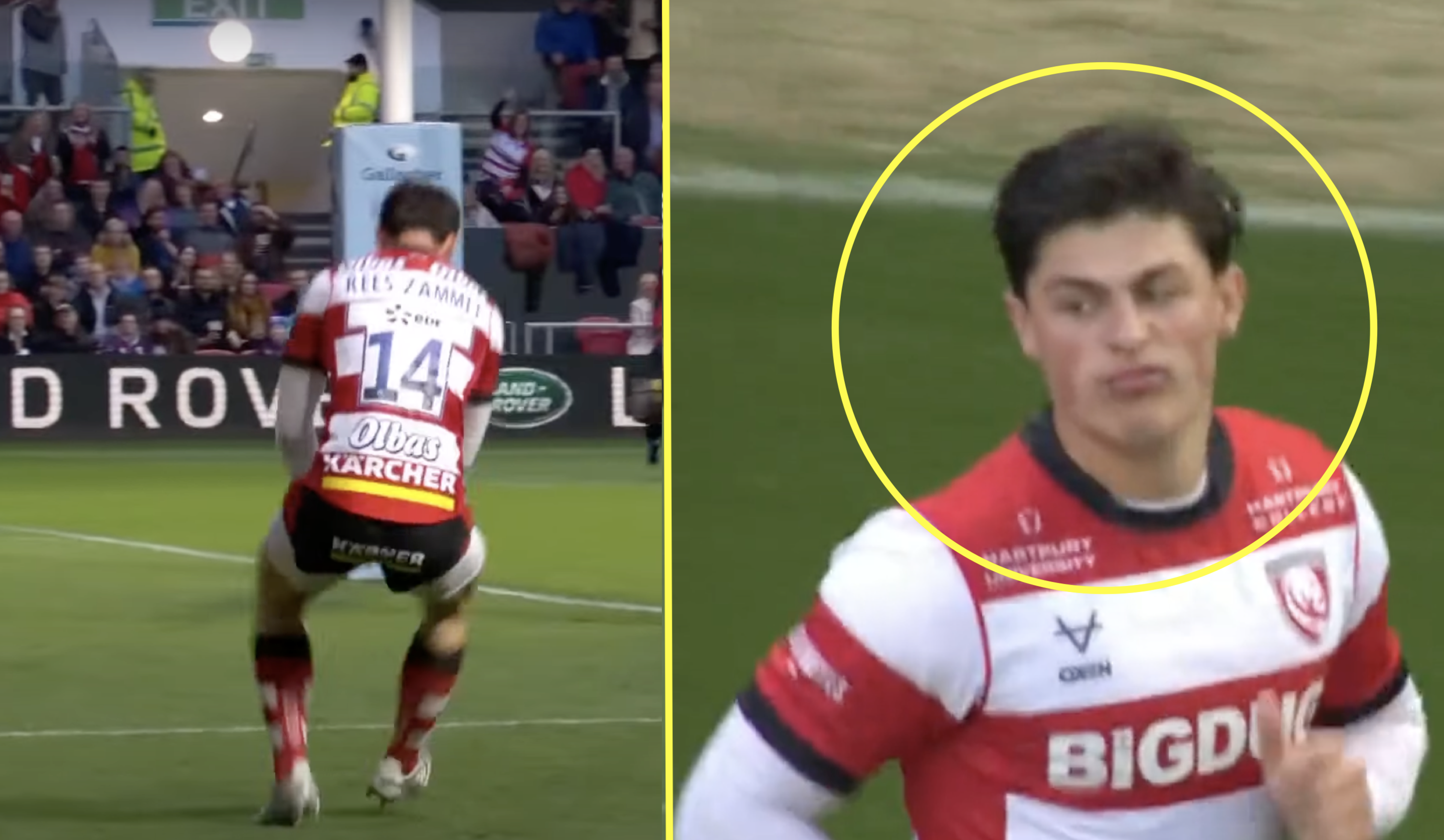 Wales and Gloucester winger Louis Rees-Zammit single handedly dragged Gloucester back into the match against Bristol Bears last night with a devastating performance.

The Cherry and Whites, knowing they would move into fourth place with a win, were met by an early onslaught by the Bears on Friday at Ashton Gate, as the hosts raced to a 17-0 lead. Then it became the Rees-Zammit show.

On 15 minutes, 21-year-old was given far too much space by the Bristol defence and made them pay. Not only did he show is incredible speed, leaving every defender in his dust, but when he was eventually halted five metres from Bristol’s line, he managed to get an offload away for Charlie Chapman to score.

Five minutes later he was slicing through a gap on Bristol’s 22 in the middle of the field, and with only one man in the back field for the Bears, it was only going to end one way.

Despite Rees-Zammit’s efforts, Gloucester eventually lost 29-28, but got two losing bonus points, meaning they are now level on points with Exeter Chiefs, but trail them due to points difference, but only a meagre eleven points.

After the match, Gloucester director of rugby George Skivington said: “I thought it was a tight game and someone was going to fall the wrong side of it, and that was us.

“At the end of the day, our set-piece wasn’t good enough. That’s my area, so that is completely on me.

“I don’t think my plan was strong enough for what Bristol threw at us today.

“I thought they did some good stuff when we had the ball, and the set-piece is mine – I take responsibility for that.”

“I thought Bristol came out with their physicality in the first 10 minutes, really hard and fast, and we blinked and it was 17-0.

“It wasn’t panic stations, which was the good thing, and the boys found their way back into it.

“It’s not so much what happened at the end – that was entertaining for everybody else, except me!

“We threw away opportunity after opportunity, and those sort of moments start adding up. You only get so many shots.

“We need to be better than that. If we do get to the top four and we play like that, there is no point getting there.

Take a look at the try assist:

The speed from @gloucesterrugby‘s Louis Rees-Zammit! Burning up the grass down the wing and Charlie Chapman following in for the finish 🔥 #GallagherPrem pic.twitter.com/LWSeLMbSey