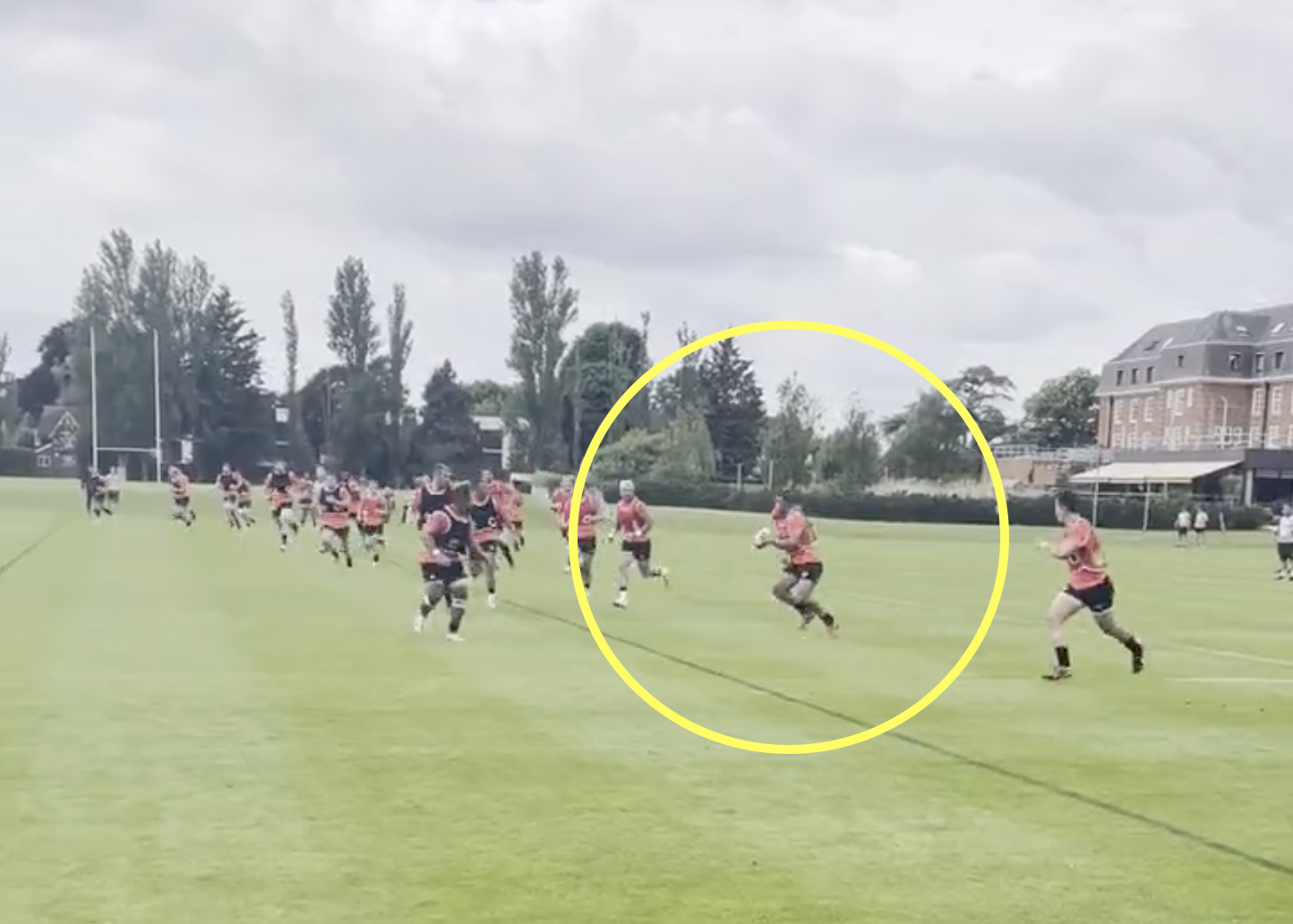 There are quite a few players that could make their first appearance for England this Sunday when they host the Barbarians at Twickenham, and one of them is London Irish’s Will Joseph.

The 19-year-old centre, brother of 54-cap centre Jonathan, progressed from playing for England under-20s earlier this year to being called up to Eddie Jones’ full squad recently, and he has kept his place in the squad for the build up to the Barbarians game that was announced on Sunday.

Something that might have caught Jones’ eye in training this week was a step of Joseph’s that did the rounds on social media. A left footed step in a training session was captured on film, and it gives an insight into the player’s footwork. This was the sort of step that Jason Robinson would have been proud of, as Joseph made a clean break.

Wait for the step 🔥