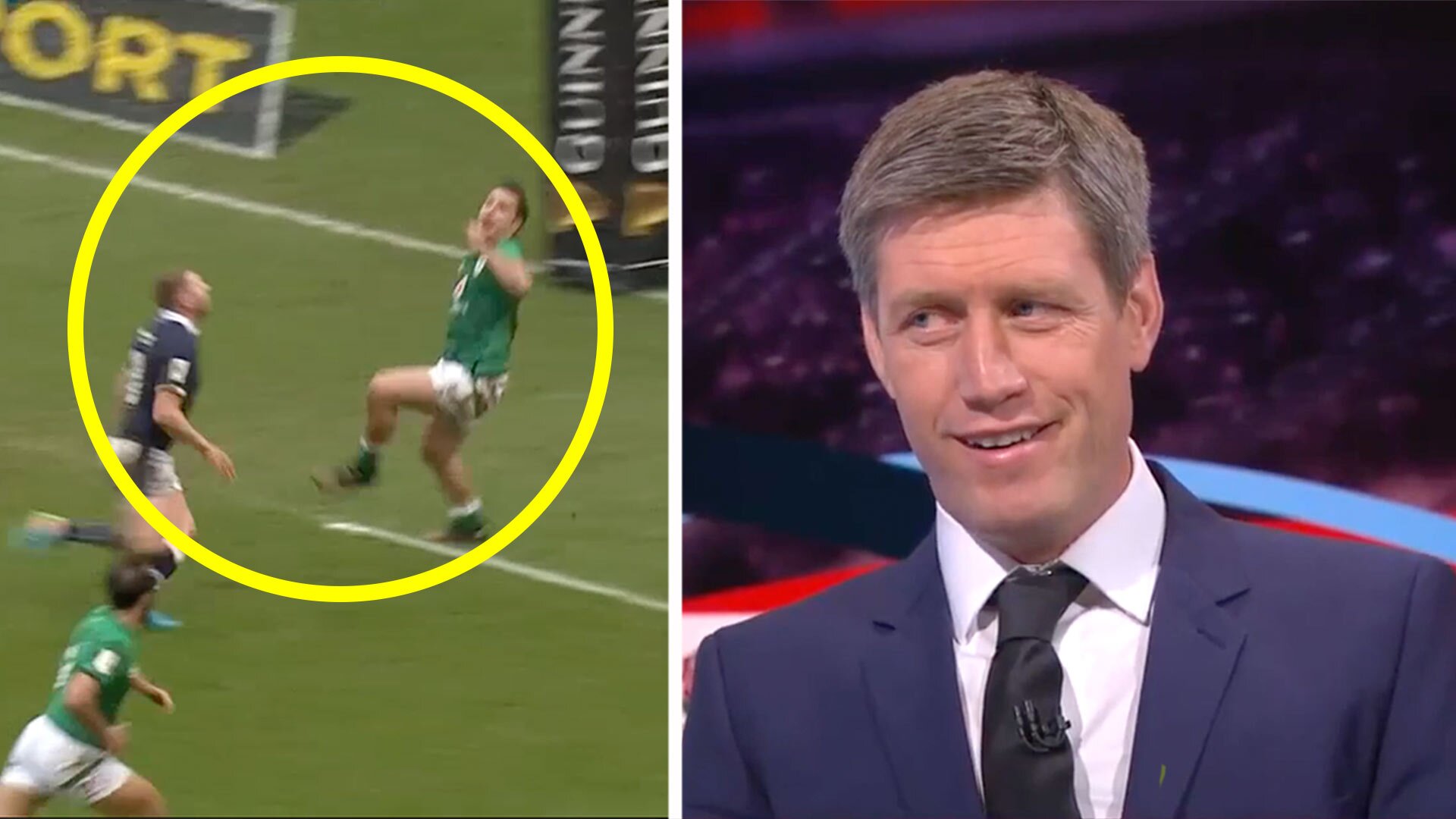 Irish rugby legend Ronan O’Gara has just given a brutal but honest assessment on Ireland rugby winger James Lowe and his form recently.

The winger who qualified to play for Ireland from New Zealand has struggled to make any sort of positive impact for the team since Andy Farrell selected him to play for the side.

Irish fans have grown weary of Lowe continually getting selected, keeping other players like Jacob Stockdale out of a green shirt.

Stockdale had a brilliant performance for Ulster this weekend against the Dragons.

That is some beautiful running. pic.twitter.com/XXqqyRxZ2Y

Lowe has had his fair share of critics on social media, having struggled to make a massive impact in 5 games for the men in green.

Hard to think of a worse first five caps in international rugby than those James Lowe has logged.

Stockdale, Conway, Larmour, Balacoune etc must be at a complete loss watching him start every week #SCOvIRE

Not great at all. Not having a great championship at all

James Lowe getting ragdolled by a championship player. Things you love to see #SCOvIRE

This James Lowe experiment ain’t exactly coming to fruition!! If that was stockdale the twitterverse would explode #SCOvIRE

Ronan O’Gara, who is one of the most respected Irish rugby players of all time, had some brutally honest words about the assessment of James Lowe’s performances for Ireland.

He spoke about his defence in particular, and lack therefore of it.