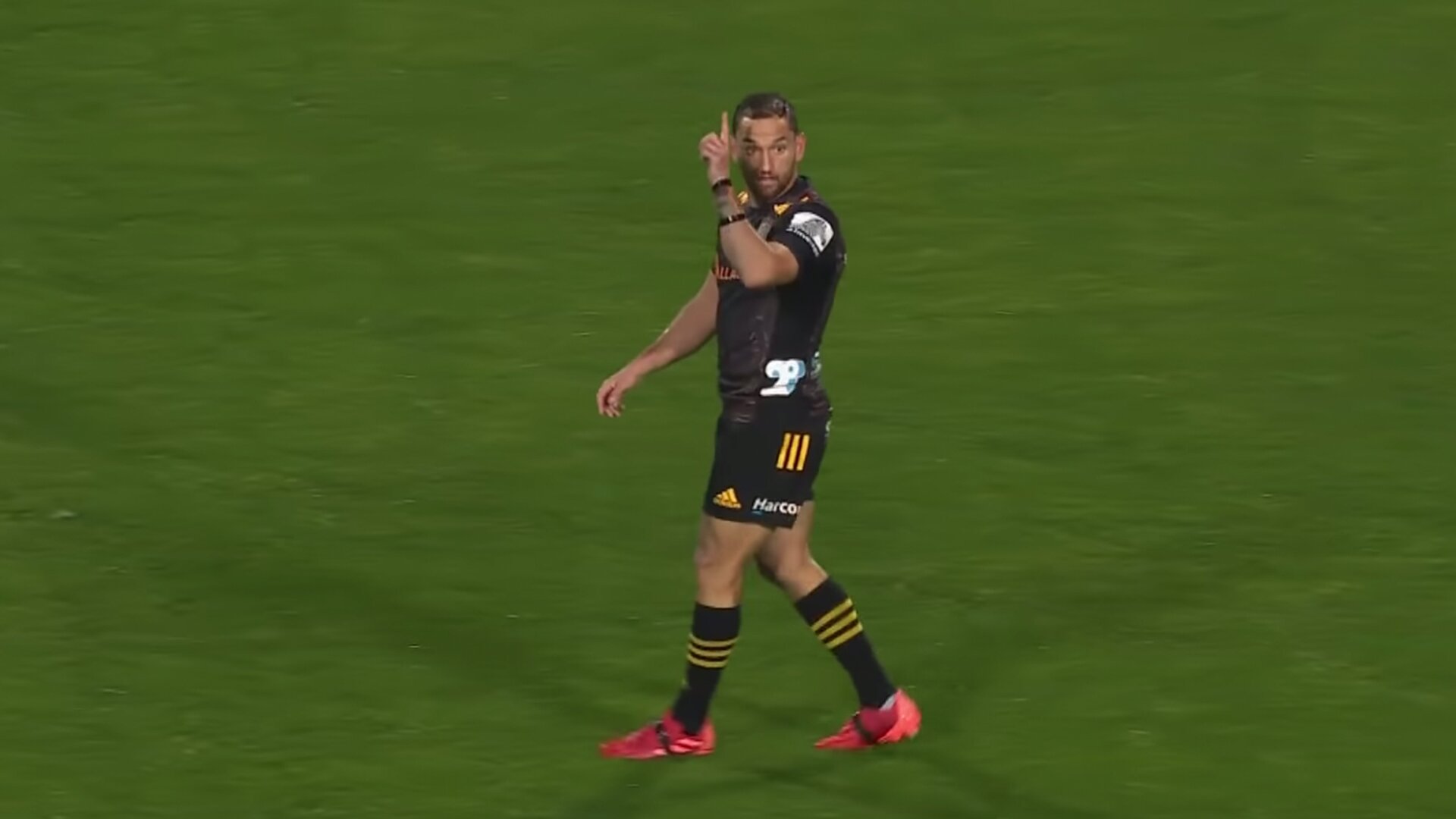 Rugby fans in New Zealand and around the world are losing their mind at player cam footage of former All Black Aaron Cruden playing for the Chiefs in Super Rugby at the weekend.

Sky Sport New Zealand has recently introduced a player camera which focuses on one player on the pitch. It makes for brilliant viewing!

Last week the camera focused on Beauden Barrett in a brilliant video which showed his individual battles with the Hurricanes.

Today the focus was set firmly on Aaron Cruden, and fans were blown away by what they saw.

Any doubts surrounding the Blues’ ability to challenge for the Super Rugby Aotearoa title must surely have been dispelled after the Auckland side snapped a nine-year losing streak in Hamilton to beat the Chiefs 24-12 at FMG Stadium Waikato.

In a match heavily influenced by the slippery conditions forced upon the players by constant drizzle, the Blues backed up their 30-20 defeat of the Hurricanes last week with another impressive performance against Warren Gatland’s men in Hamilton.

Dominating the territory stakes early on, the hosts showed how threatening they can be on attack in the early stages of the contest. Rugby fans were blown away when they saw the footage of Aaron Cruden on the player cam.

People sometimes question why Cruden was favoured for so long at 10 for the All Blacks when players like Carter and Barrett were around.

This video shows exactly why.

The work rate of Cruden in this video is incredible to see, the Chiefs 10 can be seen constantly following the play in the game whilst marshalling the players around him at the same time.

No wonder Aaron Cruden is so highly rated!