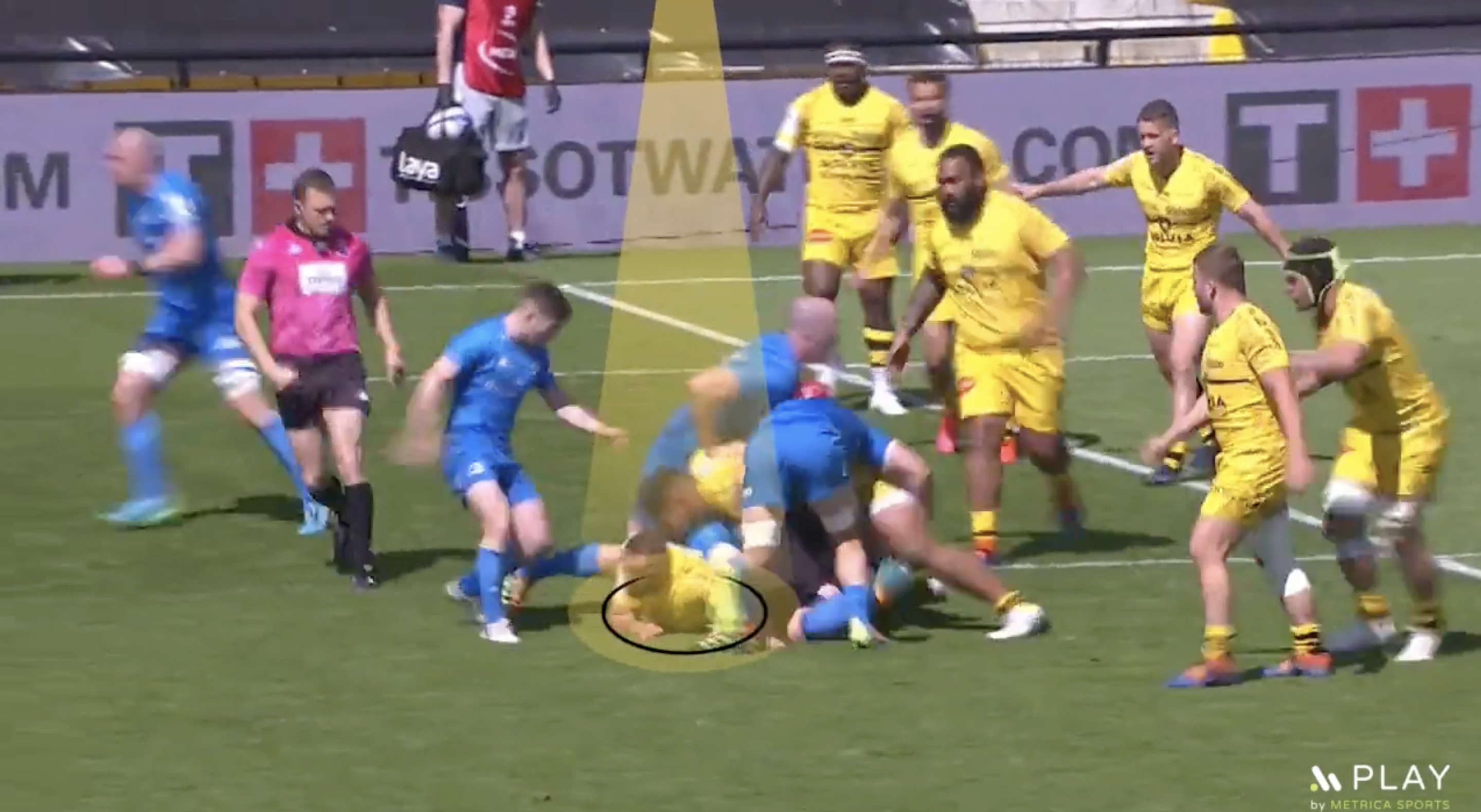 Leinster go into the Heineken Champions Cup final against La Rochelle this Saturday as firm favourites to lift their fifth European title.

This is despite the fact that the French outfit came out on top in last year’s semi final, where they went on to lose to Toulouse in the final. However, the Irish province have gone up several gears in the last year, and after beating the reigning champions in the semi final at the Aviva Stadium, they look an extremely tough team to beat.

What makes Leinster so terrifying under Leo Cullen and Stuart Lancaster is their ruck speed, with an average ruck time of 2.8 seconds against the French giants on the semi final. This means any defence on Earth suddenly becomes pressed and disorganised, which is where Jonathan Sexton can thrive. 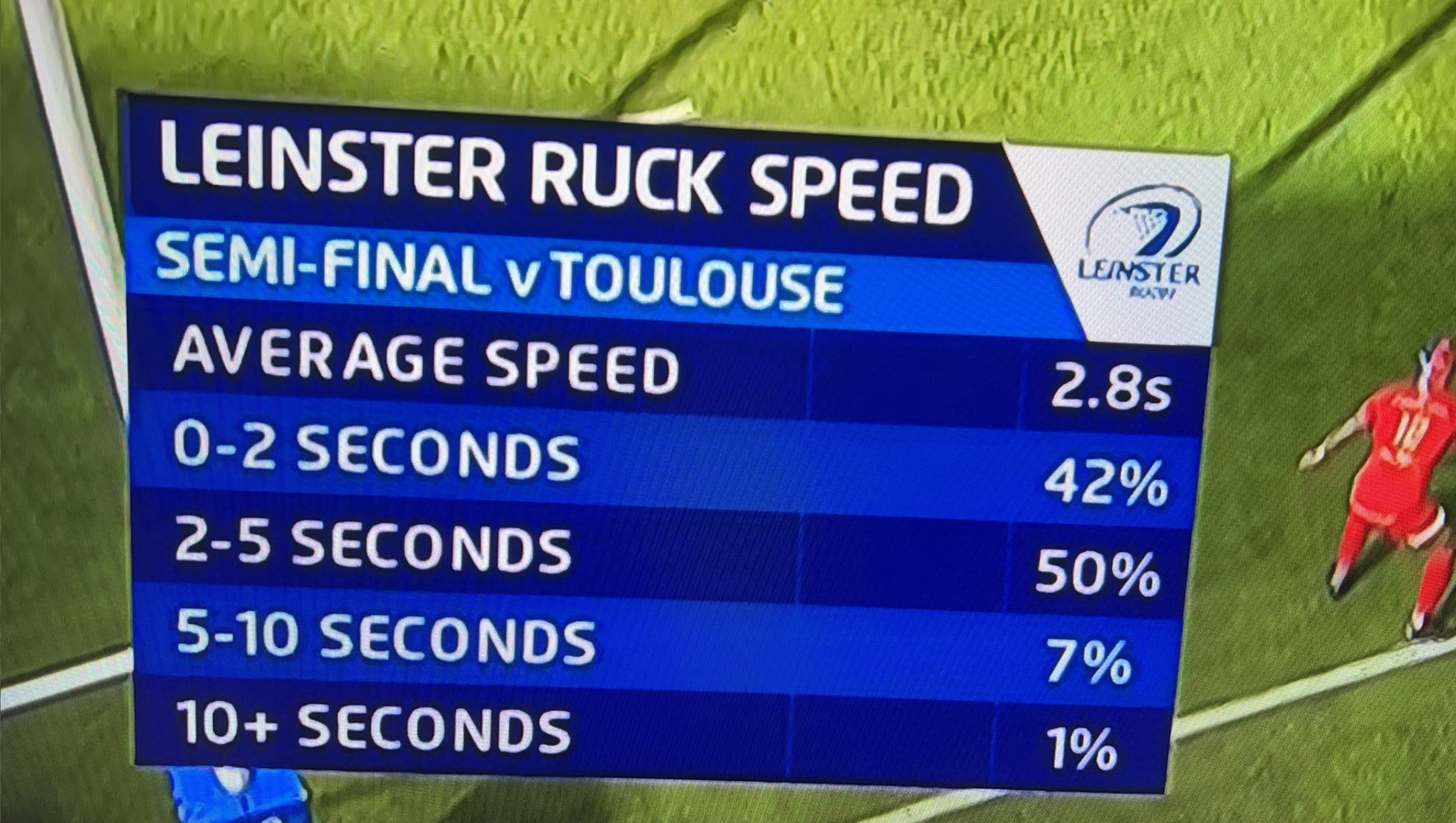 But rugby analyst Brett Igoe has highlighted some ways in which La Rochelle will probably try and slow Leinster down taken from their encounter last year- some legal, some less so.

These tactics largely revolve around the tackler and what happens once the ball carrier has gone to ground. One tactic is to flop onto the carrier, making it harder to present the ball, while another is to roll onto Leinster’s side of the ruck. Whilst on their side of the ruck, Igoe pointed out how they rolled into the scrum-half’s passing channel last year, or worse still, as they got up and went to join their own defensive line, the tackler ran through the No9’s passing channel. These can all result in penalties, but if they are done well, La Rochelle could find themselves getting away with it a lot more than they are punished.

There are equally legal approaches like counter rucking that Igoe showed, but they will need to push their luck with referee Wayne Barnes on Saturday if they hope to get the result, and there is little doubt that head coach Ronan O’Gara will have a few tricks up his sleeve.

The many ways Stade Rochelais will look to slow Leinster’s Quick Ruck ball – This battle is key to the winning of the game #LEIvSR #HeinekenChampionsCup #Rugby pic.twitter.com/jMXyKJIEEG