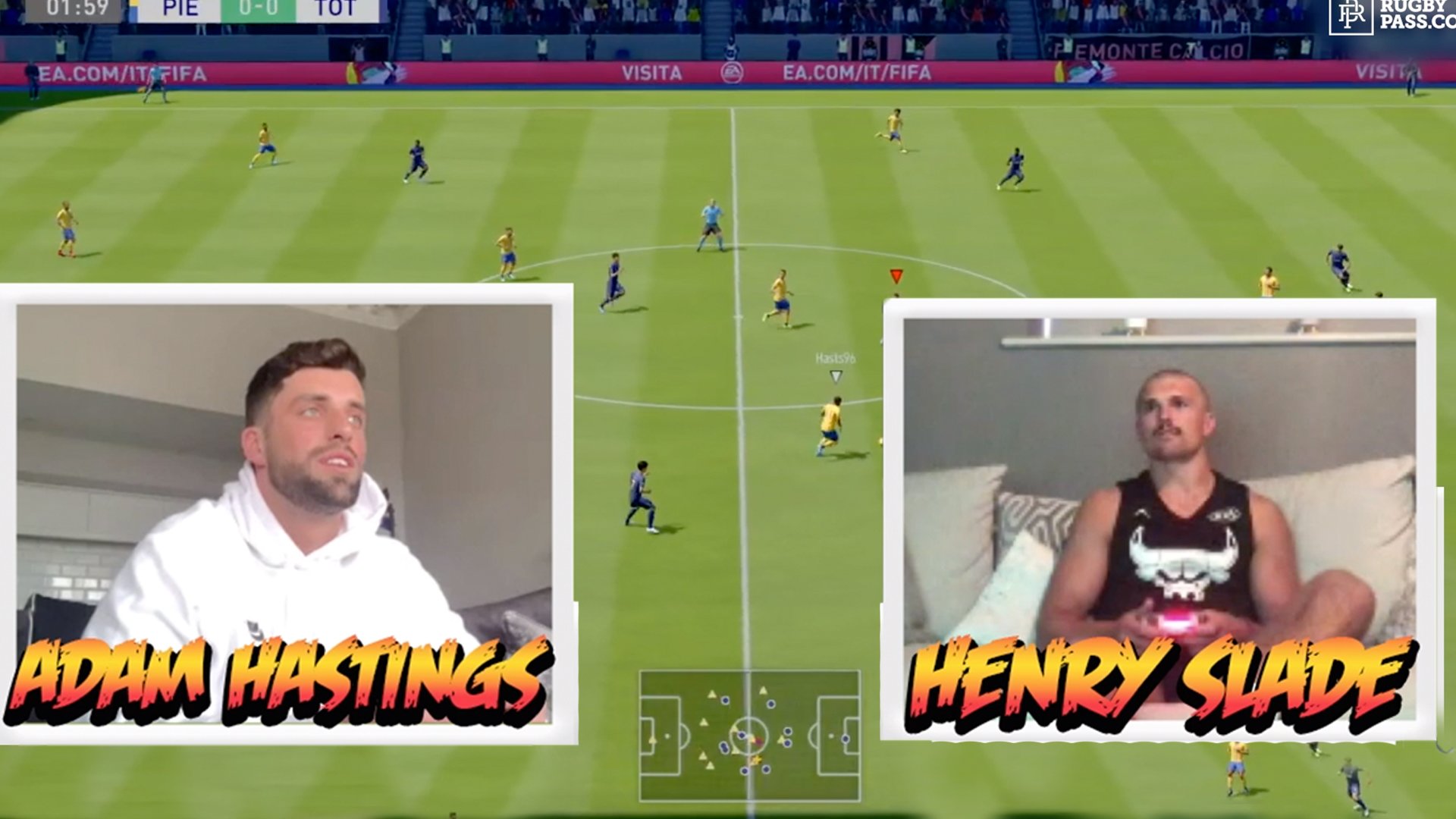 With the global crisis around us now a part of our daily lives it looks like people are finding ways to keep their minds off of it. Rugby players are now playing each other on FIFA and it’s brilliant!

A FIFA tournament has been set up by RugbyPass pitting some of the best rugby players in the world against each other on the massively popular football game.

The likes of Tom Curry, Mako Vunipola, Eliis Genge and Simon Zebo have all agreed to take part, and we are able to watch them play and interact as the game is live.

It was so interesting to see the interactions between Henry Slade and Adam Hastings here as they played each other in the first round of the tournament which went live tonight.

Here is the video of them playing each other in the match!

The company did a live draw for the tournament today and it looks like it was filmed in the garden of the host Jim Hamilton as he is not available to go to a studio due to the global issues that surround the World at the moment.

It makes for a hilarious video as he gets his kids involved in the tournament live draw to see who plays who!

The competition is stacked full of big rugby names.

The RFU have taken the step to suspend all rugby in England in a bid to curtail the spread of the coronavirus.

They follow the lead of the IRFU and the WRU who have already moved to suspend all rugby activity.

“Following government advice today, the Rugby Football Union (RFU) will suspend all rugby activity in England, at both professional and community level, including club training, league and cup matches plus rugby education courses from 17 March until 14 April subject to continued review.

The decision has been taken following government advice in the interests of players, coaches, referees, volunteers, supporters and the wider rugby union community.

“Where possible, players at all levels are encouraged to maintain their own personal fitness and keep active during this time, while following government guidelines about safe distance and safe exercise environments.