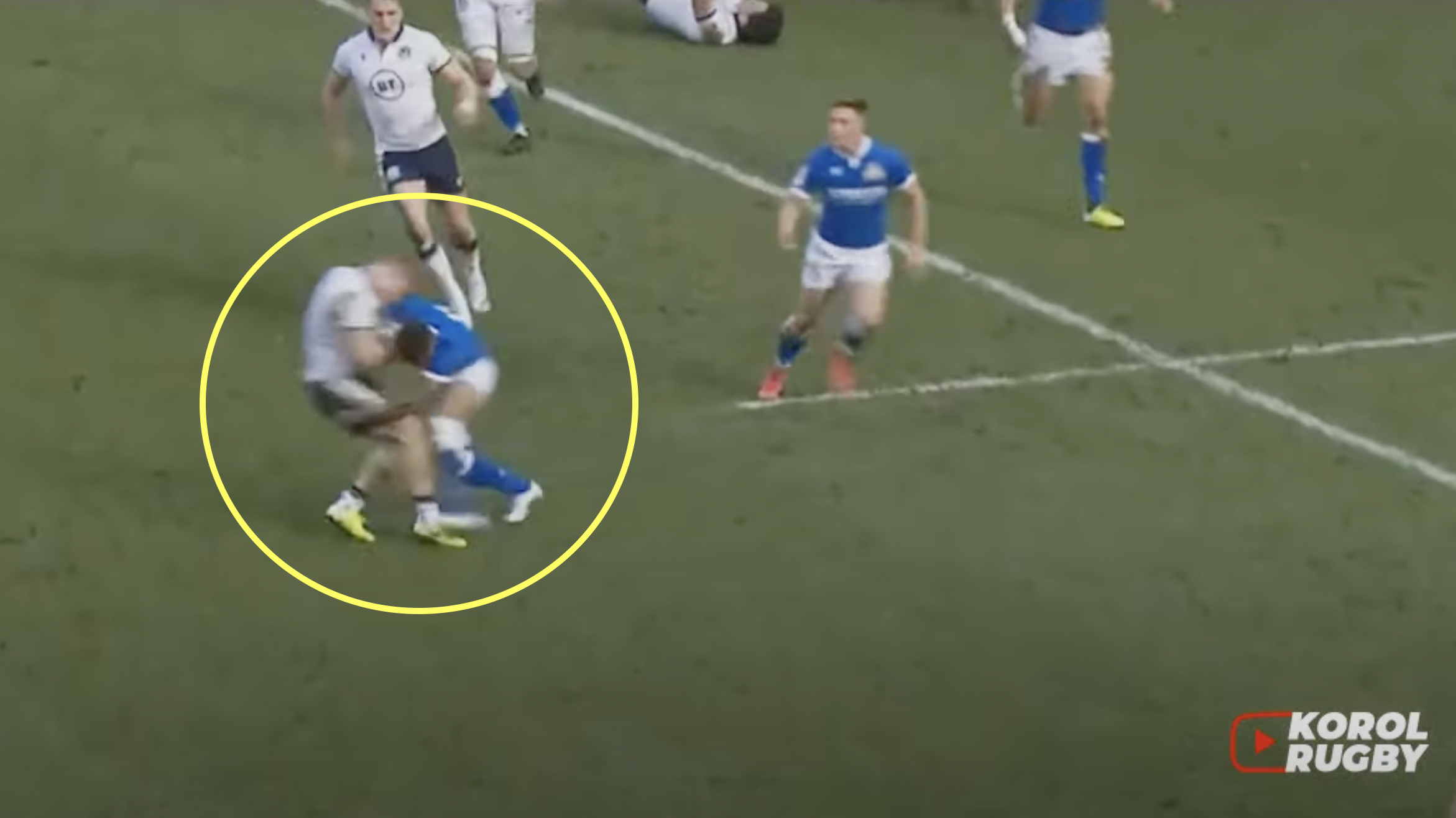 Rugby may have found the answer to how it can grow in popularity and gain a new audience- use WWE commentators.

A rugby/ WWE mash up was recently shared by Korol Rugby on YouTube, which adds the zestful and energetic commentary from wrestling to some monstrous hits in rugby, and it makes for good viewing.

Who knew listening to two grown men scream at the top of their lungs as CJ Stander clatters into Taulupe Faletau could be so entertaining? The shouts of “watch out!” “no, no, no, no, no,” “oh no, no way!” and “oh my God!” as the on-rushing tackler lines up the ball carrier only makes it more dramatic. It is now time for rugby commentators to up their game.

One player that makes the montage is Harlequins’ man of the moment Andre Esterhuizen, which should come as no surprise to anyone that follows the Gallagher Premiership champions, as the South African spends 80 minutes bludgeoning every player in sight, whether in attack or defence.

The South African has won back to back man of the match performances against Northampton Saints and Gloucester over the past two weeks and is probably the form player playing in England currently.

In other rugby news: former Ireland hooker Keith Wood has slammed the head coach of his former side Munster Johann van Graan.

“There’s no point in talking about Munster’s attack, that doesn’t exist at the present moment in time,” Wood said on the Off the Ball podcast after a loss to Connacht.

“I think we’re beginning to ruin some of the players. I’m finding it incredibly hard to watch.”

“I know we mentioned the disruption in the coaches, well I’d rather the coaches went if that was the case, than stay and play that level of turgid nonsense.”