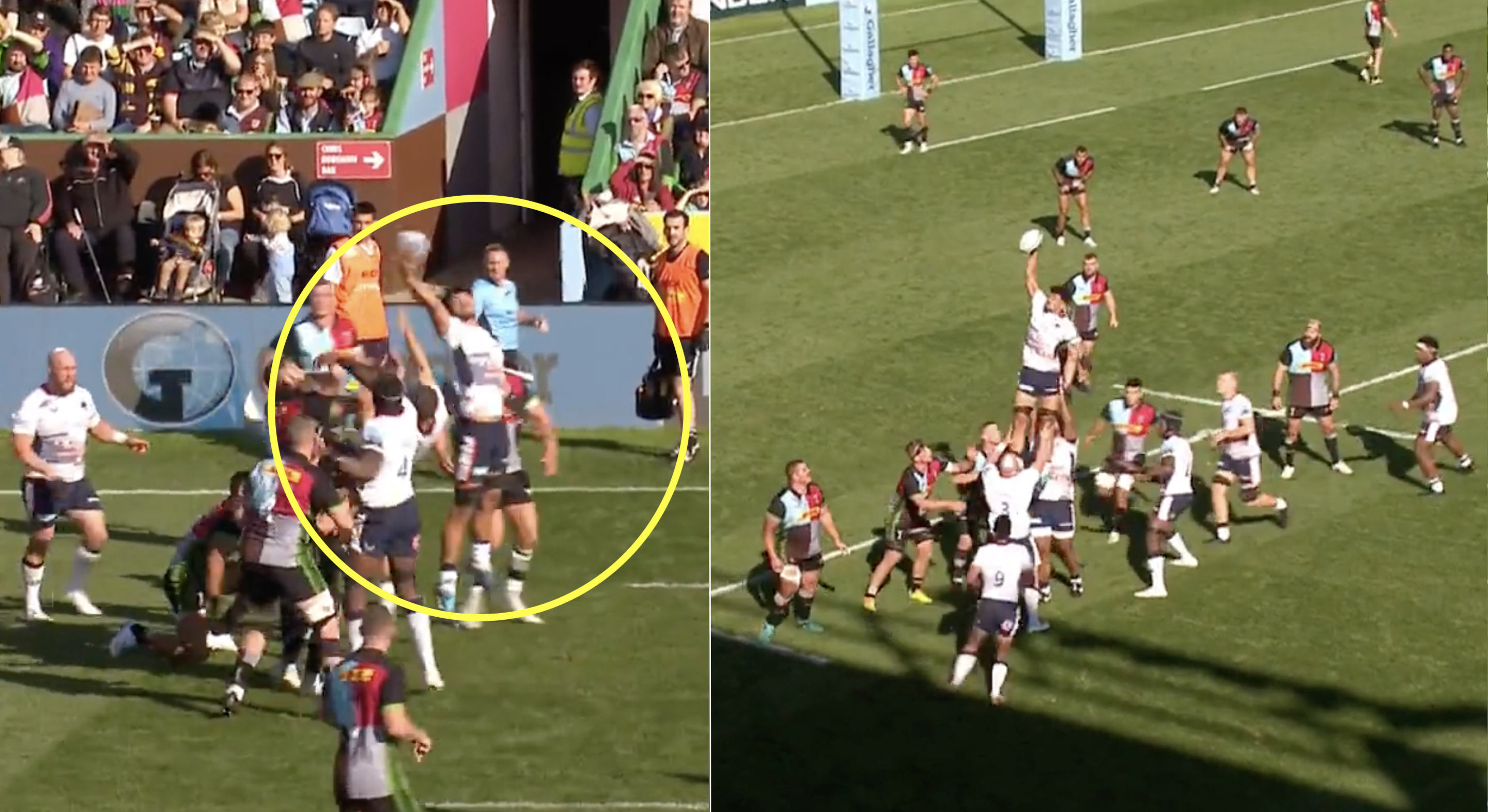 In Saracens’ first game of the new Gallagher Premiership season at the Stoop, the Samoa international picked up where he left off after his first season with Saracens in 2021/22, as his side overcame a 17-0 deficit to come away winners.

Ross Hamilton recently shared a highlights reel of some of his handling in that encounter, and it is no stretch to say that no other player in the league can match what he does at times. His ability to catch the ball and distribute with one hand is second to none, and that must largely be down to his background in basketball. Standing at 6″6′, it is likely that he was a pretty handy basketball player, and he has clearly transferred many of the skills needed into rugby.

In an interview with Saracens earlier this year, the 26-year-old explained his route into rugby.

“When I was at school I wasn’t really bothered about sport,” he said. “My elder brother was always used to be the sporty one – sprinting, playing basketball and he was a great rugby player.

“I was always one of the tallest for my age and the other kids used to poke fun at me because I didn’t play any sports. That’s when my brother got me involved in basketball and then I got involved in a bit of rugby as well.

“I played basketball for Samoa but there wasn’t really much of a career path there. So I tried my hand at rugby.”

There is much more to his game than this though, as the 115kg blindside cemented his place in Saracens’ starting XV last season, and proved to be one of the most athletic forwards in the game.

Take a look at his handling against Quins:

That offload goes in with his left and out with his right! 🤯@btsportrugby @premrugby pic.twitter.com/tgXIJabDJk