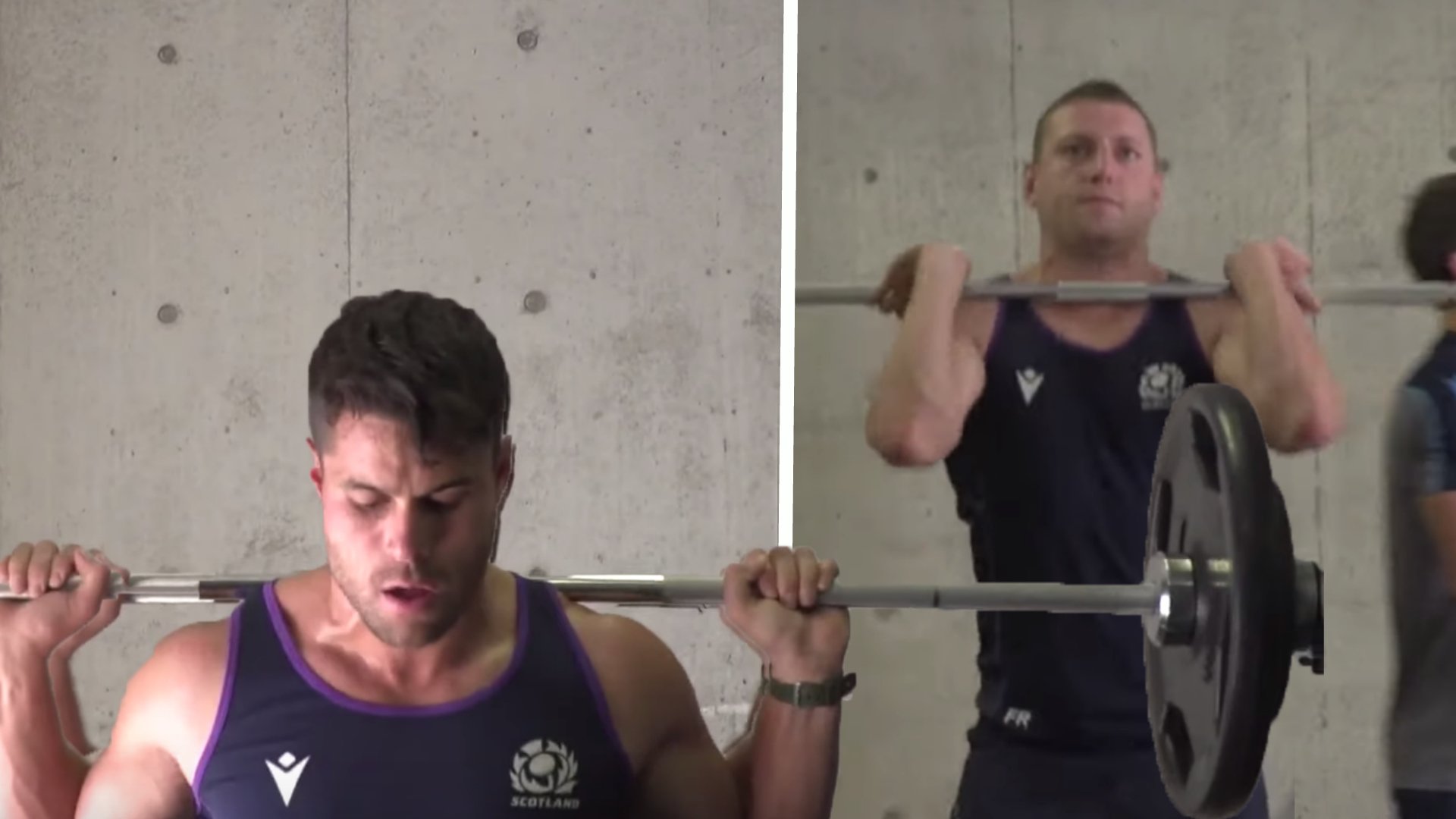 Scotland look suitably JACKED as they train for World Cup

Scotland got their World Cup training in Japan underway with a morning gym session, and we couldn’t help but notice just how jacked that a lot of the Scotland players are.

The likes of Finn Russell, Sean Maitland and others all looked they had put on some serious poundage in the lead up to the tournament in Japan and it’s evident that they’re looking to add some much-needed size to their team.

Having said that, it’s apparent that Scotland have a considerably smaller pack than a lot of the other teams at the World Cup, so they will need to do their very best to put some kilos on to compete with the big boys.

Jordan Crane is set to call time on a 16-year professional career at the end of the 2019/20 campaign.

Crane joined Bristol in 2016 and during his time so far at Ashton Gate has co-captained the team to a promotion and a highest top flight finish in twelve years.

“When you are wanting our young players to understand our Bears game, culture and leadership and what is required at the next level I couldn’t think of a perfect fit to help guide them than Jordan [Crane],” said Director of Rugby Pat Lam.

“He is an outstanding leader who’s respected by the coaches and players and he understands the importance of standards, commitment and consistency in everything we do.”

“As a club and a culture, we want to promote from within whenever we can and support players and coaches to grow, develop and reach their dreams. Jordan has all the ingredients to be a world class English coach and we are excited about the value he will add to our U18s and Academy programme. jacked

“Jordan has enjoyed a fantastic career at the very top of the game and it’s a testament to his dedication and professionalism that he has been a key player for so many years. While his main focus remains on helping the team on and off the field this season, he will also use his spare time to assist Sean Marsden with the Bears U18s and Senior Academy programmes before moving full-time into the coaching team in 2020/21.”

33 year-old Crane began his career with Leeds Tykes, before embarking on ten successful years as part of a formidable, title-winning Leicester Tigers pack between 2006 and 2016.

He added: “When I reflect back on the last 16 years, I’ve been so fortunate to meet many great friends and share the field with some of the most talented players to play the game.

“The chance to represent my country and achieve domestic success with Leicester are obvious highlights and I’ve loved the past two seasons working with Pat Lam, where I’ve played some of the best rugby of my career.

“I’m fully committed to Bristol Bears and excited about the future ahead. I’m grateful for the opportunity to continue here and begin my coaching journey in a world-class coaching set up. My family love living in the area and we feel very settled. My focus is on a huge Premiership season with the Bears jacked  first and foremost – it would be fantastic to end my playing career on a high by helping Bristol earn a top-six finish.”