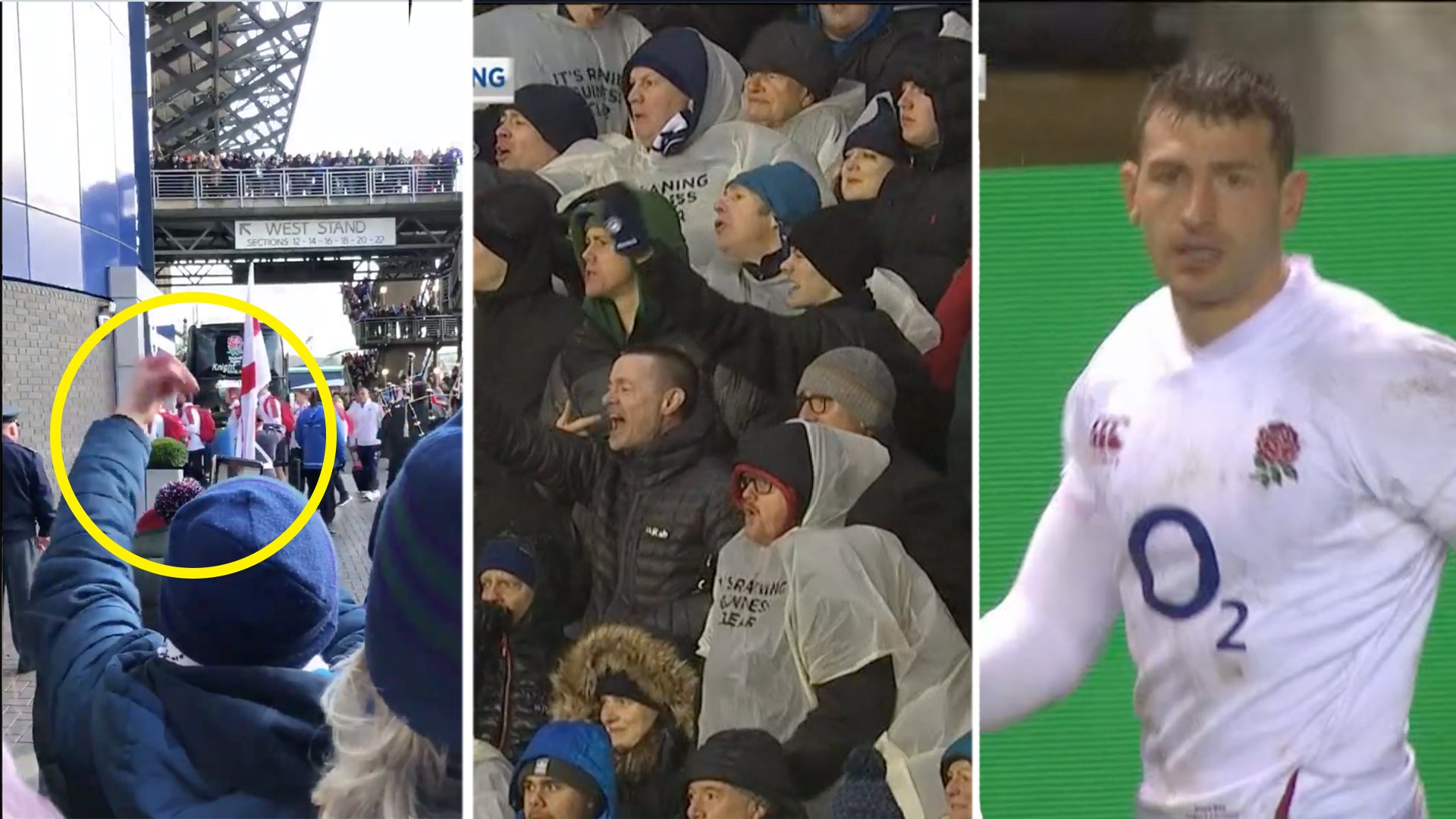 A small section of Scottish fans have been widely condemned by the Rugby World today for displaying some appalling behaviour at the England vs Scotland Six Nations match in Murrayfield. Thuggish behaviour…

Videos have emerged showing Scottish fans acting in an openly hostile manner towards England before and during the match that England narrowly won in Edinburgh.

Videos emerged online yesterday showing the England team arriving at Murrayfield before the match. Booing can be heard, (which is completely fine) from the Scotland fans, however fans can also be seen giving rude gestures to the players as they enter, this is just hooligan behaviour.

There were claims that fans had thrown a bottle at an English assistant coach when they left the bus, however an alternate angle of the incident shows that this was wrong, and that the wind from Storm Ciaran and simply blown it unfortunately onto his head.

Here’s a very different angle of “that bottle throw” which certainly appears to back up the suggestion it was blown down rather than thrown… pic.twitter.com/gpn3gUZWee

Fans online were taken aback by the hostility of the Scottish fans towards England in this game. There is normally a healthy rivalry which many fans enjoy but there was a clear feeling this time around that there was hostility rather than rivalry.

People took their unhappiness with this online…

We were there as the England bus arrived and I’ve never ever experienced such open hostility to opposition arriving at Murrayfield.
It was a little unnerving. https://t.co/aW1HlmnZ5m

I was much more aware of ‘hostile’ behaviour yday than at any other recent game. eg 2 guys few rows in front f&c at Scots fans.really aggressive.They were scottish too.

Match footage from the game shows Scotttish fans being openly hostile to Jonny May when he fumbled a ball in the second half. At first we thought it was just pantomime booing…

However, when the camera cut to the crowd the mood seemed far more hostile as the crowd looked openly angry at Jonny May. We haven’t seen such thuggish behaviour before from a rugby match and we hope this doesn’t become a regular thing in our sport.