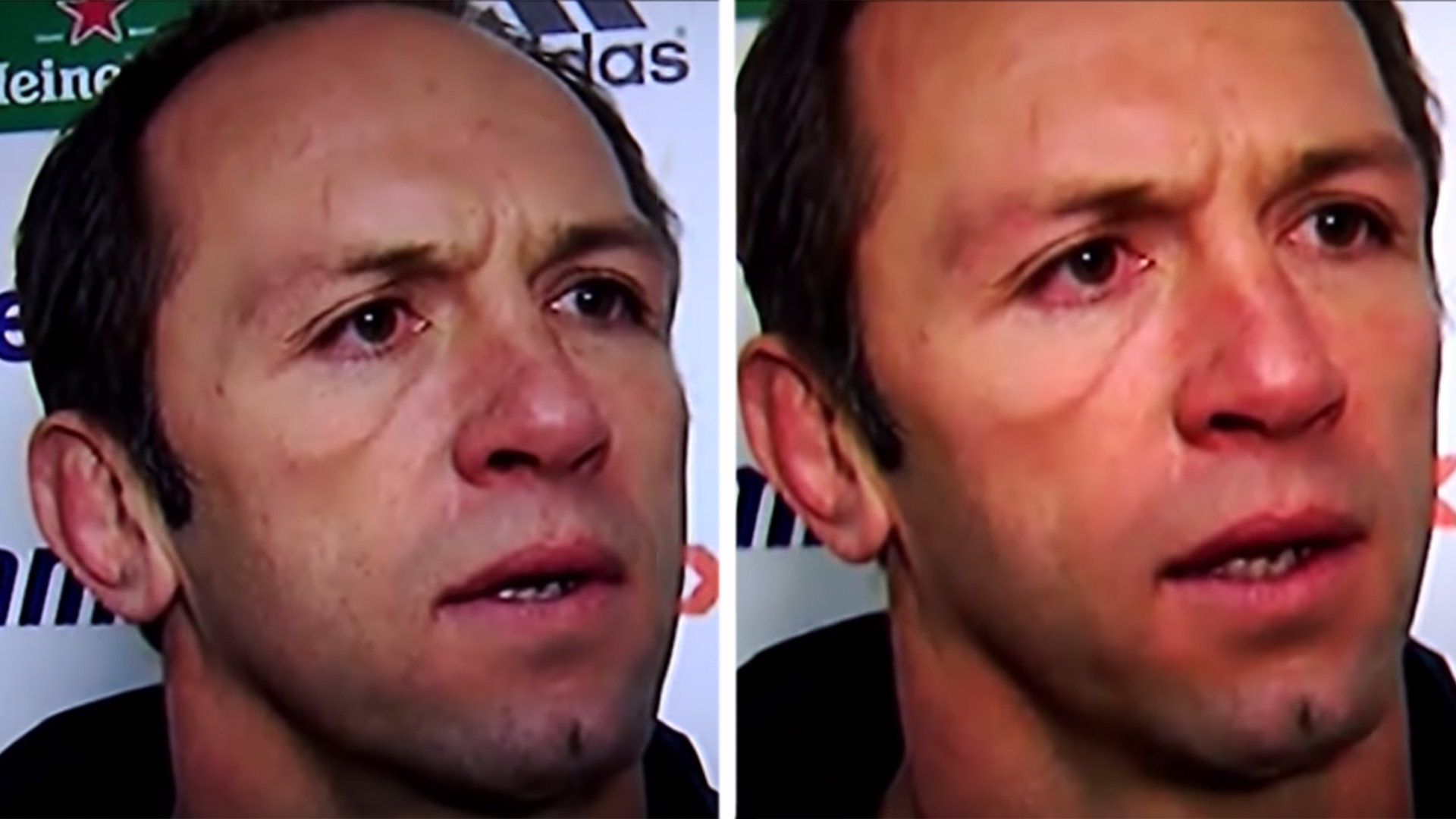 Ask any rugby fan what their favourite interview in rugby is and you will get a range of answers.

Some will say Mike Brown’s sassy interview after England lost to Wales in the Pool stages of the 2015 Rugby World Cup. Others will mention the brilliant interviews that Nick Cummings, more commonly known as the Honey Badger used to give.

But for us, there is only one interview for us that comes to mind. The interview that former Saracens head coach Brendan Venter gave when his team to lost to Racing 92 in the Heineken Cup in 2010.

The former coach gave one of the strangest but funniest interviews we’ve ever seen.

At the time, the interview made quite the storm online…

Watch Brendan venter interview on you tube from the wknd. V strange and very uncomfortable to watch!

Brendan venter interview last week after saracens game vs racing was hilarious! Check it on you tube… Now for the rematch

had to watch the brendan venter interview again just to piss myself laughing…..again.

People need to relax about that Mike Brown interview. On the ten point Brendan Venter Petulant Interview scale it might get a 3.

The video was so famous because you can clearly see that Venter was fuming, beyond fuming in fact. Saracens lost 24-21 to Racing in a match that saw Saracens condemned to crash out of that tournament.

Venter went on to answer any question put to him by the Sky Sports presenter with complete gibberish that even annoyed the interviewer.

The video makes for a cringe-worthy but brilliant viewing experience.

Venter said that he took inspiration for this from former England manager David Dodds, who used to respond to interviews by repeating the questions back to the interviewer. We’re sure this was an attempt at that but it’s just hilarious.

This video was recently posted back on social media with the caption, “Best rugby interview of the decade. #ThreeCheersForSireliBobo”.

“Some great memories. Mike Basset. English manager. What an inspiration to all young coaches. Watch carefully. Think about it deeply and follow his wisdom.”

Here is the interview again in all it’s glory, brilliant!

Now nobody can say the Mike Brown interview was better than that.