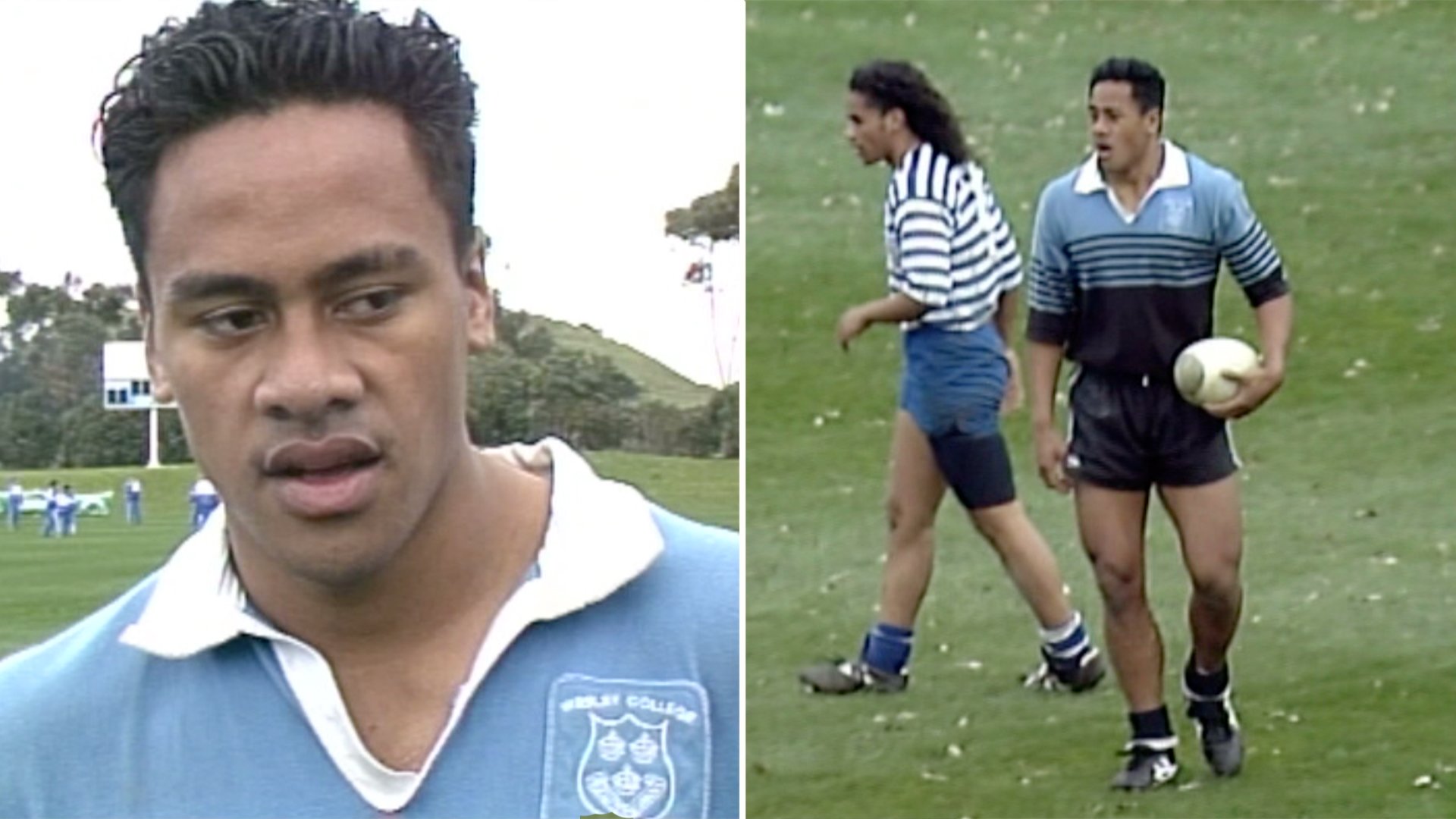 Jonah Lomu’s destructive schoolboy highlights have just been made public for the first time. The compilation which was only released a few hours ago is already going everywhere online!

For the first time in full HD, rugby fans are able to view the rugby legend’s full schoolboy highlights from when he played at Wesley College in New Zealand.

Lomu made a name for himself at school with some of best schoolboy highlights from a youngster that we have ever seen! He was quickly selected to play for the All Black 7s team after these matches!

He was just 16 in the video, but he was already tearing apart the competition with his speed and power with ball in hand.

Look at how dominant he was in this video!

Lomu attended Wesley College in the late 80s and early 90s and it is there where his rugby career kicked off.

At fourth form, he made the Wesley College first XV rugby team. Back then and still to this day, he is the youngest first XV member to play for the college squad.

In the documentary Anger Within, based on Jonah Lomu’s life, he says that Wesley College saved him. Despite ‘hating’ the school at first, he began to feel a ‘sense of belonging’ as the years progressed.

He had incredible speed in track athletics as well as rugby!

Richard Smythe, who was time keeper at the time adds ” I would stand at the hundred meter finish line ready to take the stop watch and there is nothing scarier than seeing this monster of a boy hurling himself at you.”

His talent and skill became more and more evident throughout this time, and as Jonah’s former manager, Phil Kingsley Jones says on Anger Within, “A blind man could have spotted Jonah Lomu’s talent, there’s no cleverness in that.” Lomu’s schoolboy highlights were legendary!

Family and friends gathered at Lomu’s Auckland home yesterday to pay their respects and social media continues to be inundated with messages of love and support for Lomu and his family.