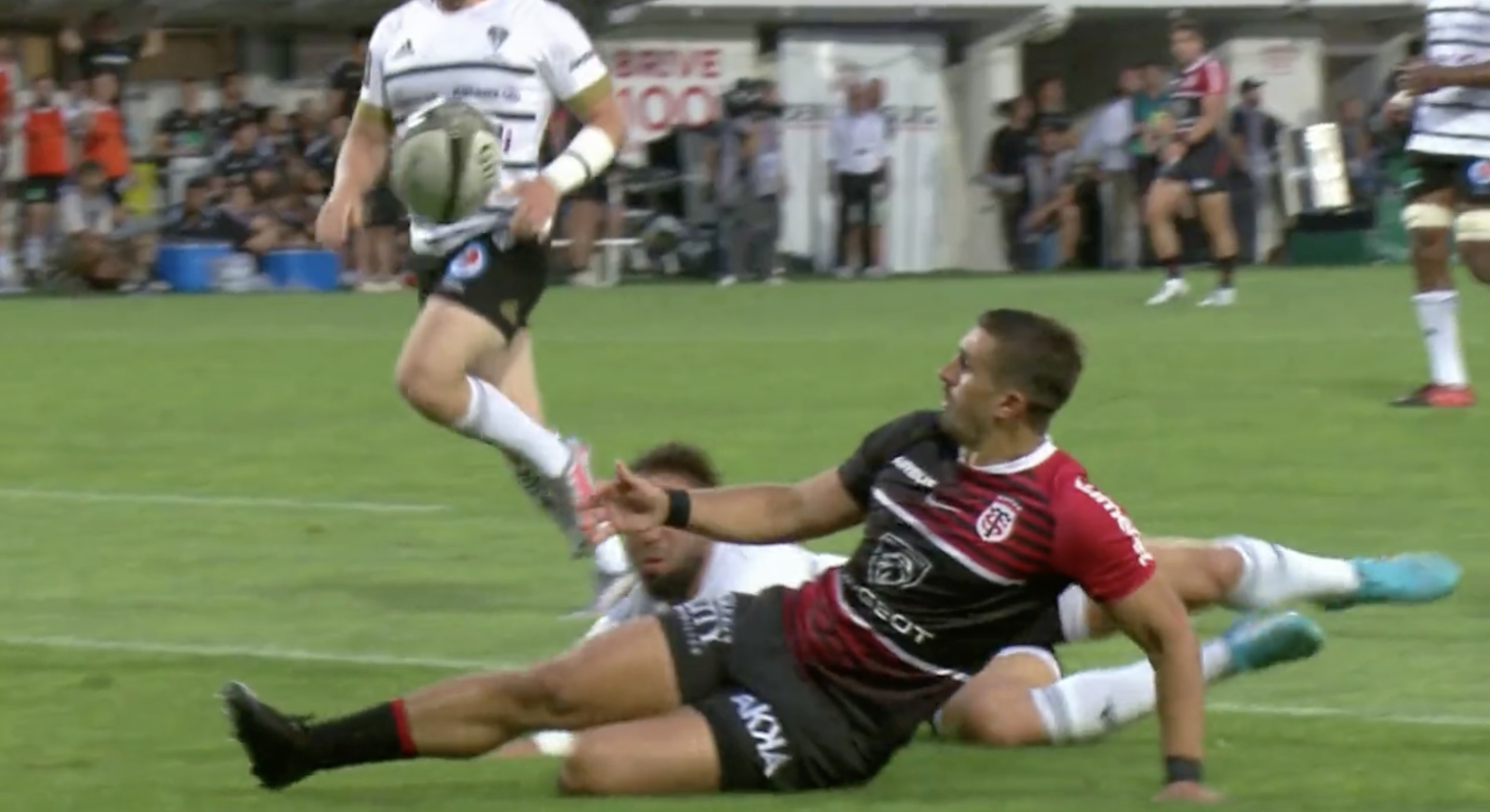 Toulouse got back to winning ways on Saturday against Brive a week after they crashed out of the Heineken Champions Cup at the hands of Leinster.

The reigning Top 14 champions came out 26-8 winners at the Stade Amédée-Domenech, playing some spellbinding rugby in the process. Perhaps of all their play though, the best moment actually did not result in a try at all.

It was a move that had the current France team’s DNA all over it and came in the opening minutes of the match, starting with Antoine Dupont. French back rowers Francois Cros and Anthony Jelonch linked up with Romain Ntamack, whose quick hands put centre Pierre Fouyssac through a gap. The centre then offloaded to fullback Thomas Ramos, who beat the final two defenders to go in for the try… or so he thought.

Just as the 26-year-old was diving over the line to score, opposing fly-half Enzo Herve was able to get under Ramos and dislodge the ball. The ball spilled forward and there was a mad dash over the line to dot it down, which Brive won. As far as try saving tackles go, this was from the very top draw.

Toulouse were of course able to bounce back, scoring two tries which were both converted by Ramos, with the fullback also adding four penalties.

The win leaves Toulouse in sixth place with one round to go in the league. Fortunately for the French giants, their final match is against bottom place Biarritz. Meanwhile, Racing 92 (who are one place above and level on points with Toulouse) have a tough match against seventh place Toulon in the final round, while La Rochelle (who sit in fourth and are one point ahead of Toulouse) have a similarly tough match against eighth place Lyon, which means everything is to play for to make fourth place and earn a home semi final qualifier berth.

Take a look at the butchered try: