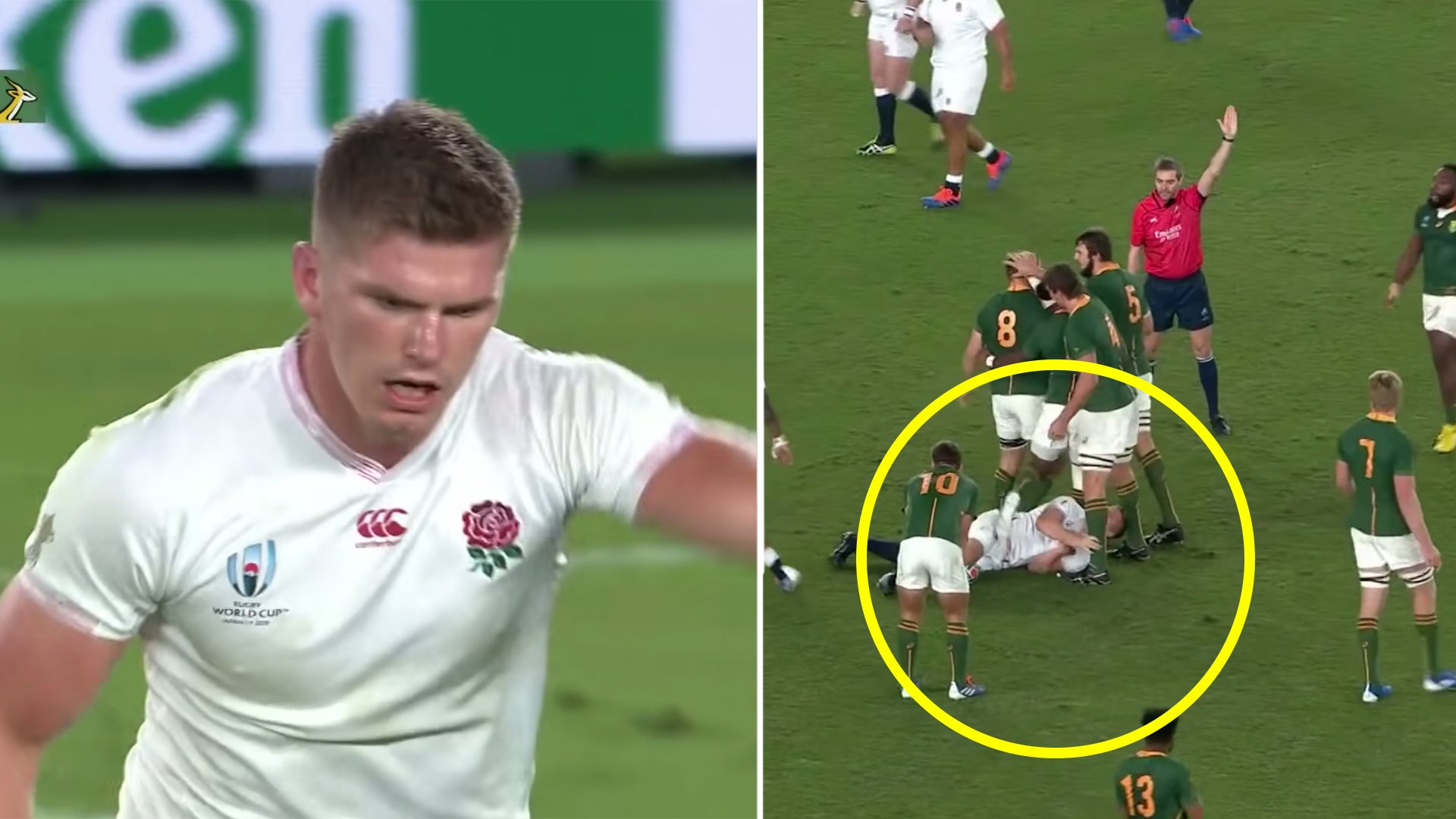 Shocking footage has now revealed to the World that Owen Farrell was somehow social distancing since before the outbreak of Coronavirus even began.

In a sensational new reveal, footage points to the fact that the England captain may have somehow knew what was going on as early as October of last year, and he made special measure even during the World Cup to make sure that he was adhering to the special social distancing measures that have been outlined worldwide.

We found footage from the rugby World Cup final which shows us that Owen Farrell was making sure that he kept his distance from other rugby players, so as to avoid contracting Covid-19…

We always knew Owen Farrell was ahead of the curve but this is amazing.

In this clip below if you look at Owen Farrell you can see that he makes sure that he keeps at least an arms distance from Cheslin Kolbe to avoid the virus.

Here you can see he made sure not to get his face too close to Kolble, instead he just left him slide through his fingers, which we hope he thoroughly washed before and after this… Keep all this in mind and you will be fine lads and ladies!