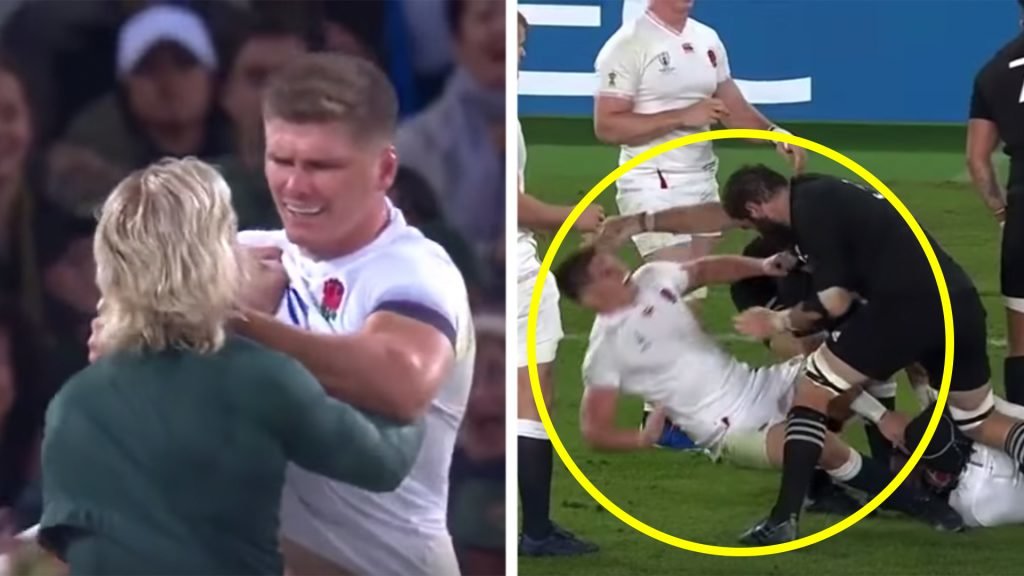 This video is definitive proof as to why Owen Farrell is one of the most hated men in World Rugby.

The video is called Owen Farrell the “Anti Tribute”.

And it highlights all the worst attributes to do with the English player.

It shows how he tackles players very high, and always look for a fight in a match.

And to think English players adore him…

The Rugby World Cup as a whole was marred by a string of unsavoury tackle incidents, with officials complaining about how this area of the game is being managed. Farrell himself has earned a bit of a bad reputation in the rugby world with his tackle technique. Farrell has earned himself the nickname of “Shoulder Boy” because of these incidents.

His former Saracens teammate Schalk Brits give him a nasty elbow to the face back in 2013 when the Lions took on the Barbarians before their tour of Australia.

World Cup winner Faf de Klerk also appears to get unnecessarily frisky with him back in 2018.

And then most recently we saw All Black Sam Whitelock swipe him in the World Cup semi-final when England dusted them up to reach the final.

Here is the video that was made named “Anti Farrell”. Why  Owen Farrell is so hated we will never know…

Look at how much Farrell is targeted in this video!