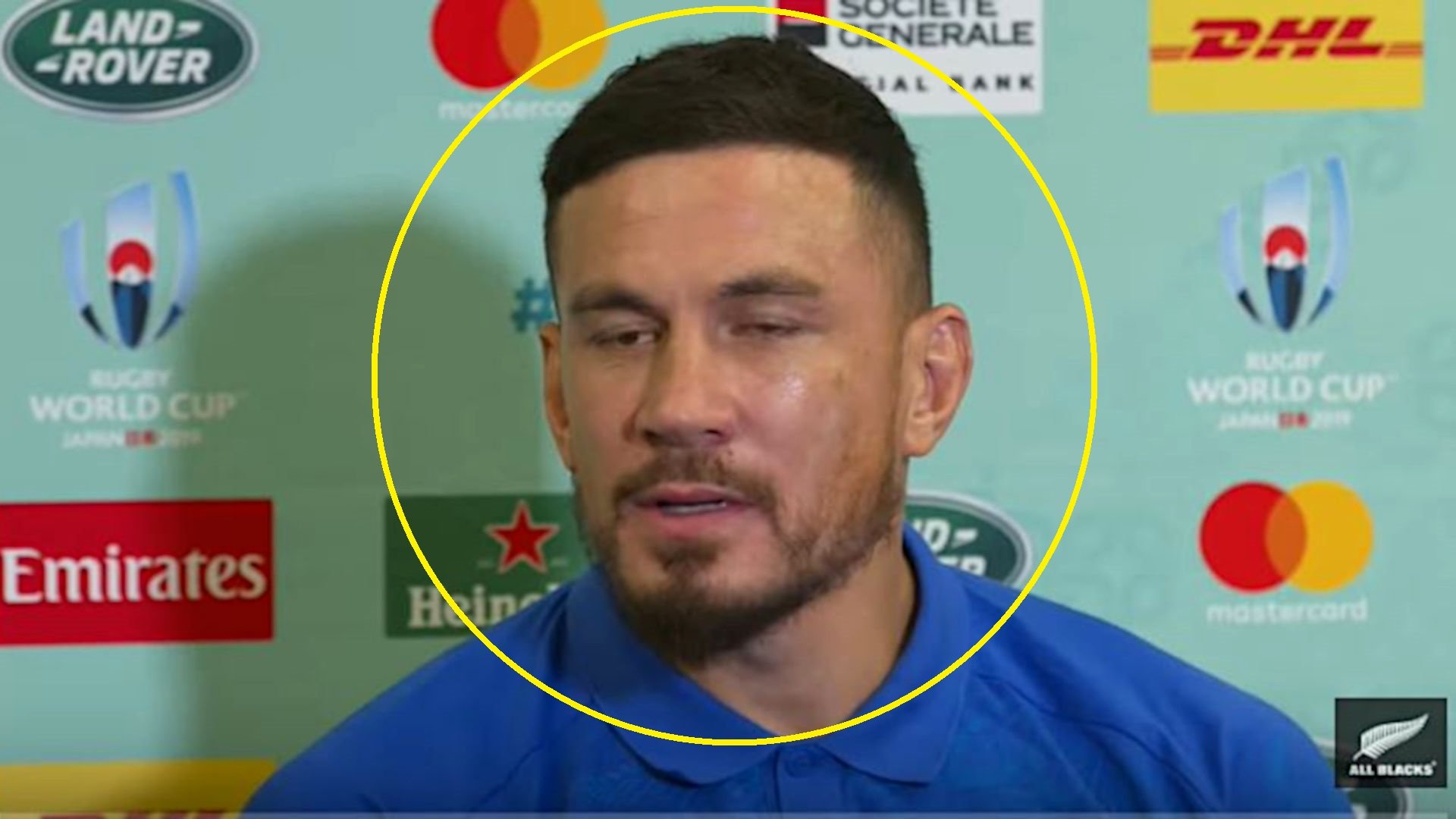 Sonny Bill Williams saved his worst performance yet for Monday’s press conference, which he admitted he didn’t even want to play on Friday, before doing an immediate U-Turn.

“I’ve been challenged by some adversity throughout my sporting career. I think that has put me in good stead to be able to face adversity this time. It was a pretty tough night (against England on Saturday), but also look at the positives and look at the learning that I could get individually, and probably as a team, from them.

“Straight after the game on Saturday – I can only speak for myself – I didn’t really want to play this week. But within the space of five, 10 minutes I flipped the script. I was grateful to my creator for being able to be on that field with some really good guys, some legends of the game.

“We’re all driven individuals and we were all very, very disappointed. I was disappointed. But a game doesn’t define who I am. So then I just took a step back. I shared a few words with Sammy (Cane) and just said how special it’s been throughout my career, being able to play with a guy like him. I saw other players as well and I thought, ‘well how good is this, we still get another week in camp together’.”

Sunny Bum was asked how this All Whacks team compares with previous All Blacks teams he’s been involved with, and he basically admitted they weren’t as good.

“Well, we’ll have to find out, won’t we? But the early signs are really positive. Like Steve (Hansen) said yesterday, we’ve got to put on our big boy pants and face the music and that’s what we’re doing. That’s all we know how to do.

“Time will tell on that question, but we’ve gone through the review process this morning, and some of the boys had some bullet proof vests on, but we stepped up and we owned it, and now we’re just going to get into our ‘mahi’ (work) and get out there again and do what we do.”

Sonny Bill Williams, you need to do better if you are ever to pull on that sacred jersey again.