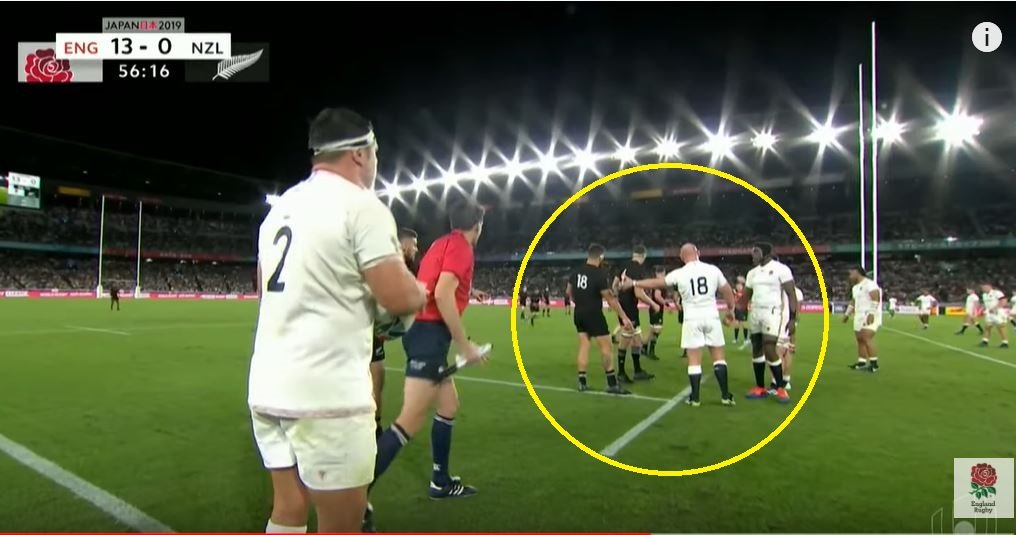 Watch Kieran Read closely, this try should have been disallowed during his side’s 19-7 defeat by England at the International Stadium Yokohama.

Just because England won, doesn’t mean that this sort of cheating should be tolerated.

If you watch as Maro Itoje jumps, his rear lifter Tom Curry doesn’t seem to get the right purchase. At first it looks like an England malfunction, but the replay shows different.

Read can clearly be seen tugging on Curry’s right shoulder, meaning Itoje doesn’t get high enough. If the TMO was on the money he should have been penalised here and the try disallowed.

Read didn’t mention the infraction after the game.

“It’s hard to put into words what it means, but you’ve got to give the English the credit. They started extremely well and we just couldn’t get into our game.”

“We’ll look at the game and there will be so many what-ifs and things we could have done a lot better. On days like this, you can’t afford it.”

“It sucks, bro. Fell short of our goal, credit to a good English team who put us under pressure for big parts of that game and come out on top.”

“I thought they kicked well, set piece was pretty good from them, they were physical today. They brought a game they are very good at and they executed it for a large proportion of that game.”

On whether New Zealand kept believing they would come back:
“Yes, 100 per cent. There wasn’t a point in that game that I thought it was out of reach. There was that last passage of play, quarter glance at the clock, it was late in the 79th minute and I thought it was done. We were down 14 and we got 10 seconds left, it’s done. But before then I always thought we had a chance.”

“It’s tough, bro, polar opposites obviously. One we go in and come out on top. We fall short this time, it probably hasn’t sunk in yet. Still, in the emotion from the game, its not a great feeling, we have to give credit to a good English team.”