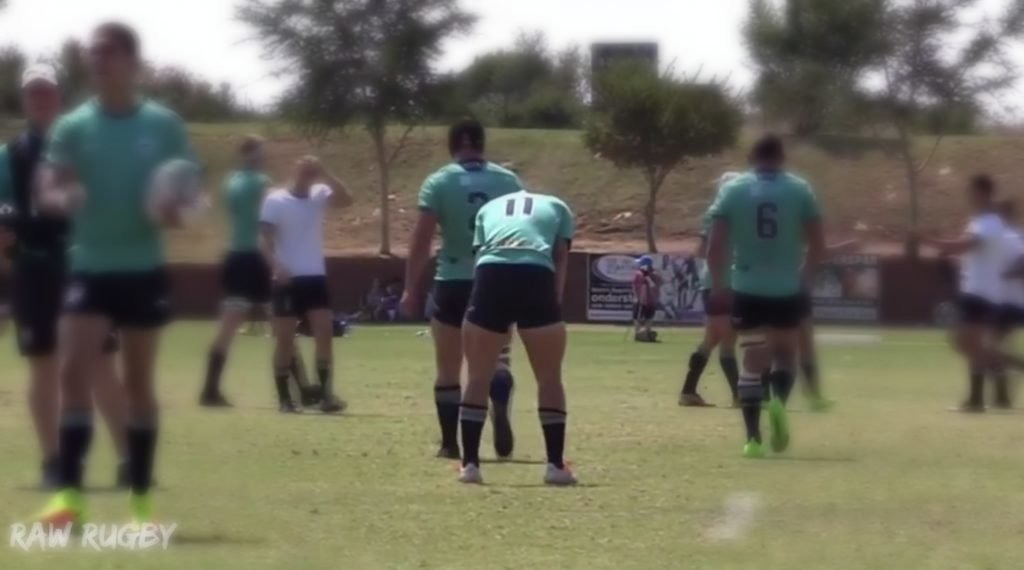 This is a seriously impressive highlight reel. Just look at the size of those quads too!

This player named Roche Malan has gone through the age groups in South Africa against the likes of Paul Roos and Grey College, and this highlight reel shows that he truly can handle himself at that level. This kind of reminds us of other South African schoolboys that have been featured on this channel. Such as Bingo Ivanisevic.

Ridiculous speed, a great offload and like we said again… HUGE QUADS!

In other news: Fiji win  Sevens in Paris

The HSBC World Rugby Sevens Series was decided on the final day of the series as Fiji beat the USA in the Cup semi-finals to secure a fourth world series title.

Gareth Baber’s outfit, who went into this last stop of the series two points ahead of the USA, marched on to cap their series-clinching day with the tournament victory after beating New Zealand 35-24 in the Cup final.

After losing their last two Cup finals on French soil, against France in 2005 and Samoa in 2016, Fiji scored their first points in this year’s final after just 30 seconds. Napolioni Bolaca’s try was converted and then quickly added to by Meli Derenalagi. quads

The freshly crowned series winners kept their foot firmly on the gas as the HSBC Player of the Final Bolaca accumulated 18 of their 28 first-half points. With a 28-7 lead, they plumped their cushion further before New Zealand’s response arrived. Regan Ware crossed twice for the All Blacks Sevens and Dylan Collier added another try to produce the final 35-24 scoreline.

“Last year we came here and we were further in front but we did not have the wherewithal to finish it off. That was quite painful,” said head coach Baber, who received the UL Mark of Excellence after the Cup final for the season’s work.

“I thought that the back end of the season, carrying on from Hong Kong with Singapore, London last week and to round it off as we did, is pretty special. It’s all credit to everybody back home in Fiji, everybody who has supported us and kept patient. But, most of all to the staff and the quality outfit that we have playing for us.”