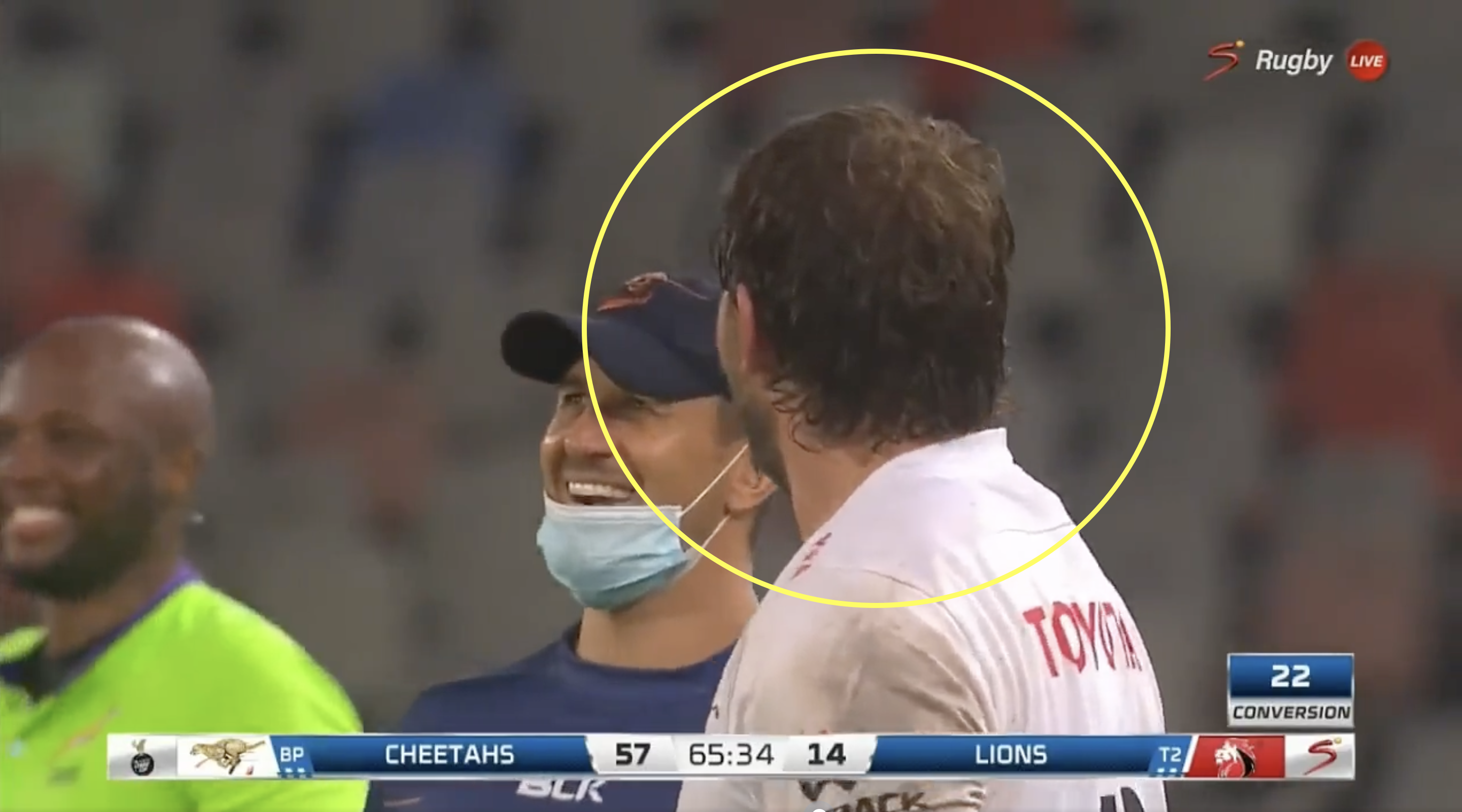 Frans Steyn is one of the most experienced players in world rugby and has obviously got to the point where he has taken so many kicks that he barely needs to look at the ball or posts anymore.

That was at least the impression we got on Saturday when the Toyota Cheetahs hosted the Sigma Lions in the Currie Cup in Bloemfontein. Tasked with taking a conversion from the left side touchline, the inside centre was seen laughing and talking with both the referee and the water boy before casually converting the kick.

This is a pretty impressive level of confidence that he has in his kicking, but in a career that has lasted 16 years, he has probably taken every kick there is to take.

Having said that, he probably would not have been so nonchalant if the score was a little closer. This kick was taken on the 66th minute when his side were already leading 57-14, before going on to win 66-14.

Frans Steyn just casually having a chat with the ref and the water boy before slotting a beauty.#CarlingCurrieCup pic.twitter.com/MWZpYIKOAy