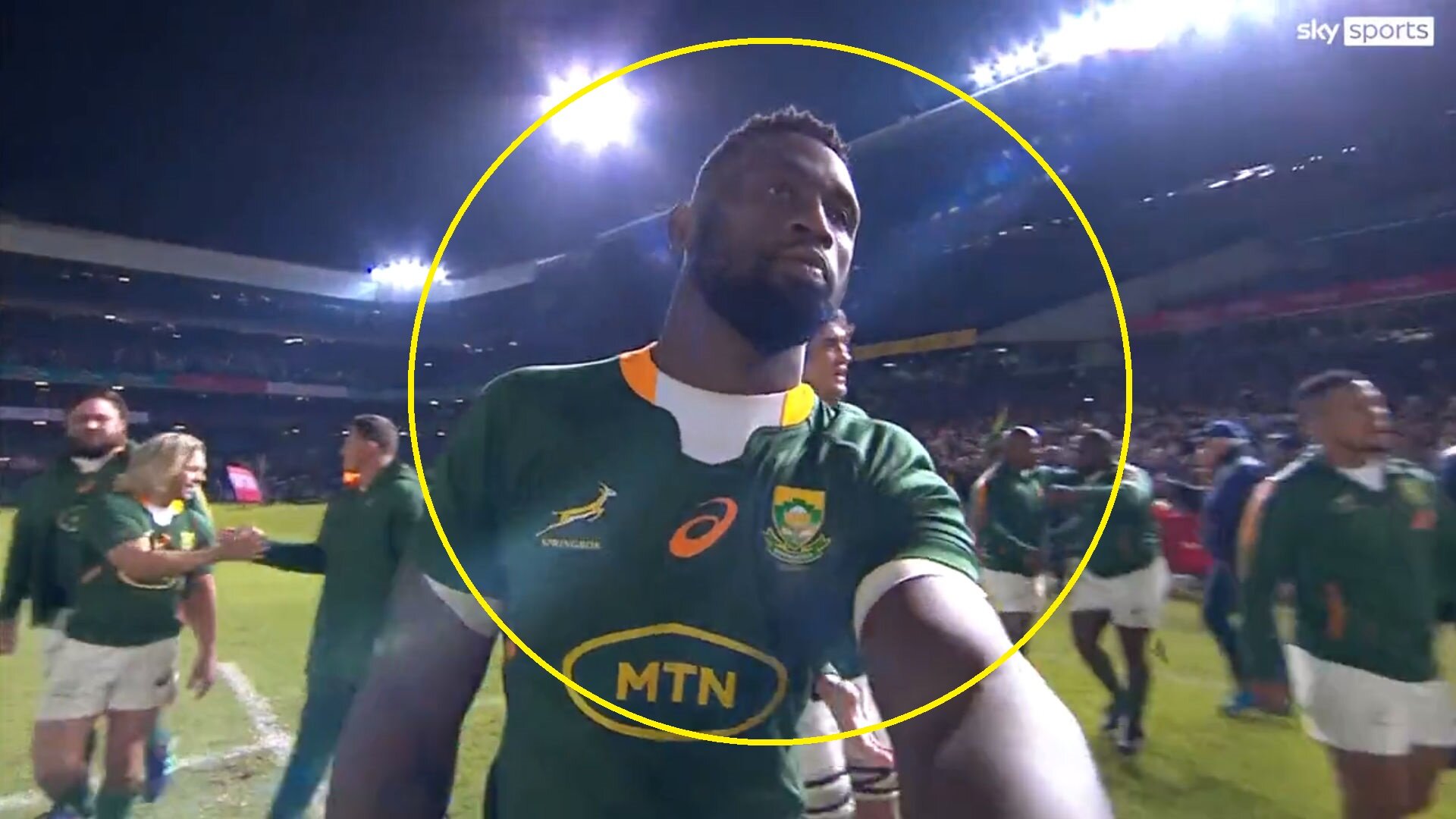 Footage has emerged of Springbok goodie-goodie Siya Kolisi disrespecting a cameraman at the final whistle in Pretoria.

A 51,000-strong crowd saw the nightly Springboks score four second-half tries and land a last-kick penalty from cool cat Damian Willemse to break a 29-29 deadlock but the bad-tempered incident cast a pall over the result.

Kolisi should have been happy that South Africa beat Wales – albeit with the help of a generous referee who seemed prepared to send the entire Welsh team off if he needed to – but instead he was bad-tempered.

A cameraman, who was just trying to earn his crust, tried to get Siya’s reaction to the win and the Springboks captain clearly pushed him aside and seemed annoyed. Watch the vision. It’s pretty shocking we’re sure you’ll agree.

Here is the UK and Ireland version of the same incident.

In Kolisi’s defence, Rugby Onslaught Investigation Unit understands that the Springboks were eager to get home due to ‘loadshedding’ in South Africa. This basically means that they feared that the power was set to be turned down in the stadium and they would have had to change in the dark.

There are mass power outages in South Africa at the moment. Apparently the power stations are being sabotaged or something. It’s a real thing, we’re not making this up.

Strangely there was no mention of the incident with the cameraman in the past match press conference.

“There wasn’t any panic,” said Kolisi. “At no point did we not think that we weren’t going to come back into the game.

“We know what we are capable of and stuck to it. We went maul after maul; we wanted it to work at the beginning and it didn’t, but in the end, it got us through,” he added.