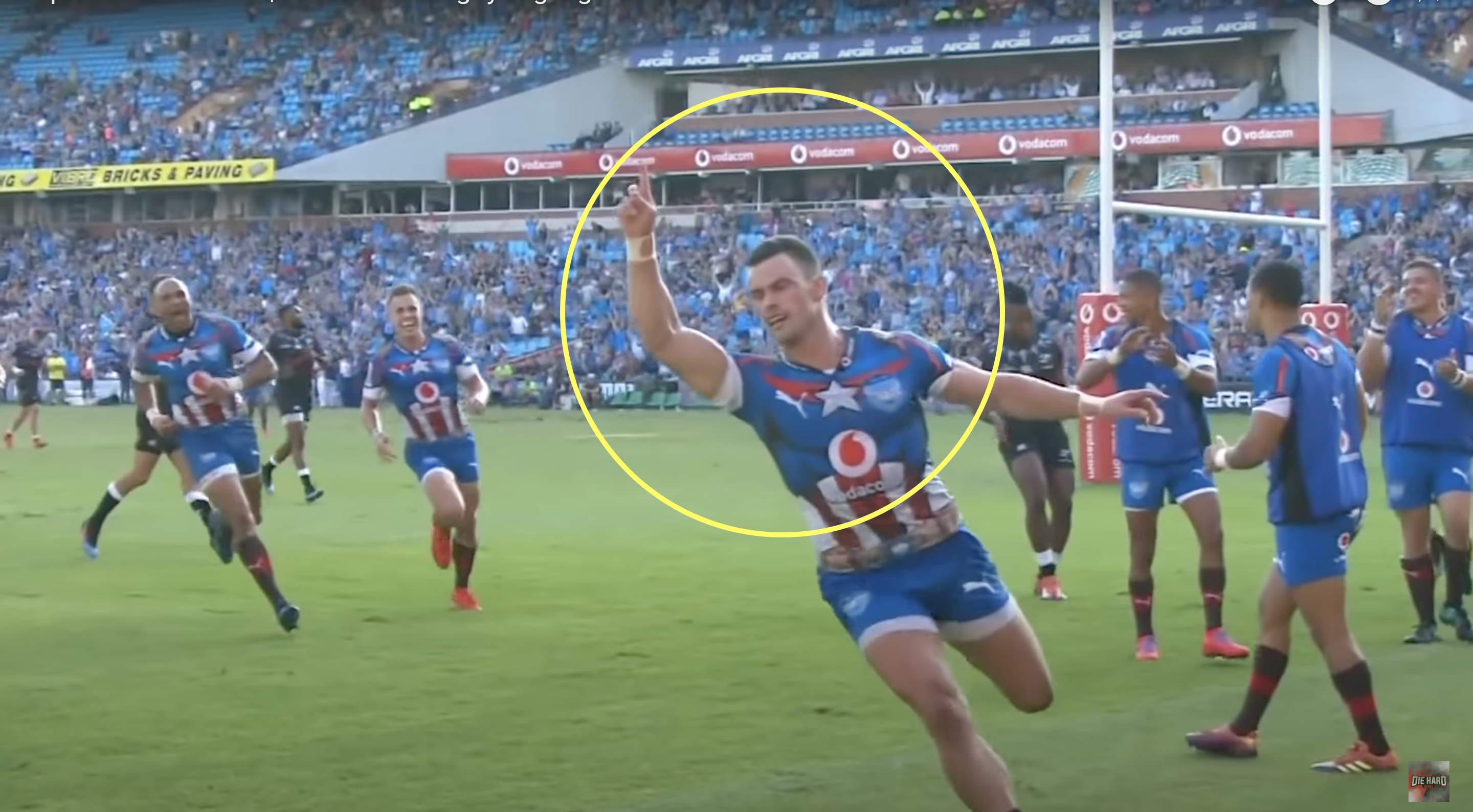 If a list was made of the rugby players who are in the best shape, South Africa’s Jesse Kriel would come very near the top on most people’s list.

About half of the Internet’s entire storage seems to be taken up with the photos of the 28-year-old with his shirt off, but that is maybe understandable as most people would never wear a shirt if they had a body fat percentage similar to his.

Well a photo recently shared by the centre suggests he may actually be in even better shape than usual while playing in Japan for the Canon Eagles, showing off arms the size of most backs’ legs while in the gym.

Take a look at the photo:

Kriel will be gearing up towards South Africa’s three match Test series against Wales in July, where he will be battling Lukhanyo Am for the No13 shirt.

When looking ahead to the 2022 fixtures, Springboks head coach Jacques Nienaber said: “It’s a massive honour to represent our country, and the fact that we will be facing such tough competition this season has certainly sparked excitement among the coaches and the players alike.

“We are well underway with our planning for the year, and our knowledge of these teams after facing all of them last season will be vital as we forge ahead in this regard in the next few months.

“Wales, the All Blacks and Australia tested us well last season, and Argentina have proven to be a force to be reckoned with, both at home and away, so although we are expecting a challenging season, we realise the importance of laying a solid foundation as we build up toward next year’s Rugby World Cup.”

SA Rugby CEO Jurie Roux said: “It’s exciting to announce such a strong list of Springbok fixtures this season after a successful 2021 season for the team, and I have no doubt that Jacques Nienaber (Springbok coach), his management team and the players will do their best to build on those achievements this season.

“Pending the return of crowds to our Tests and with the COVID-19 pandemic still presenting challenges throughout the world, we understand the fluid nature of match schedules, but it is important for us that the team face quality opposition as we gear up to the 2023 Rugby World Cup in France.”