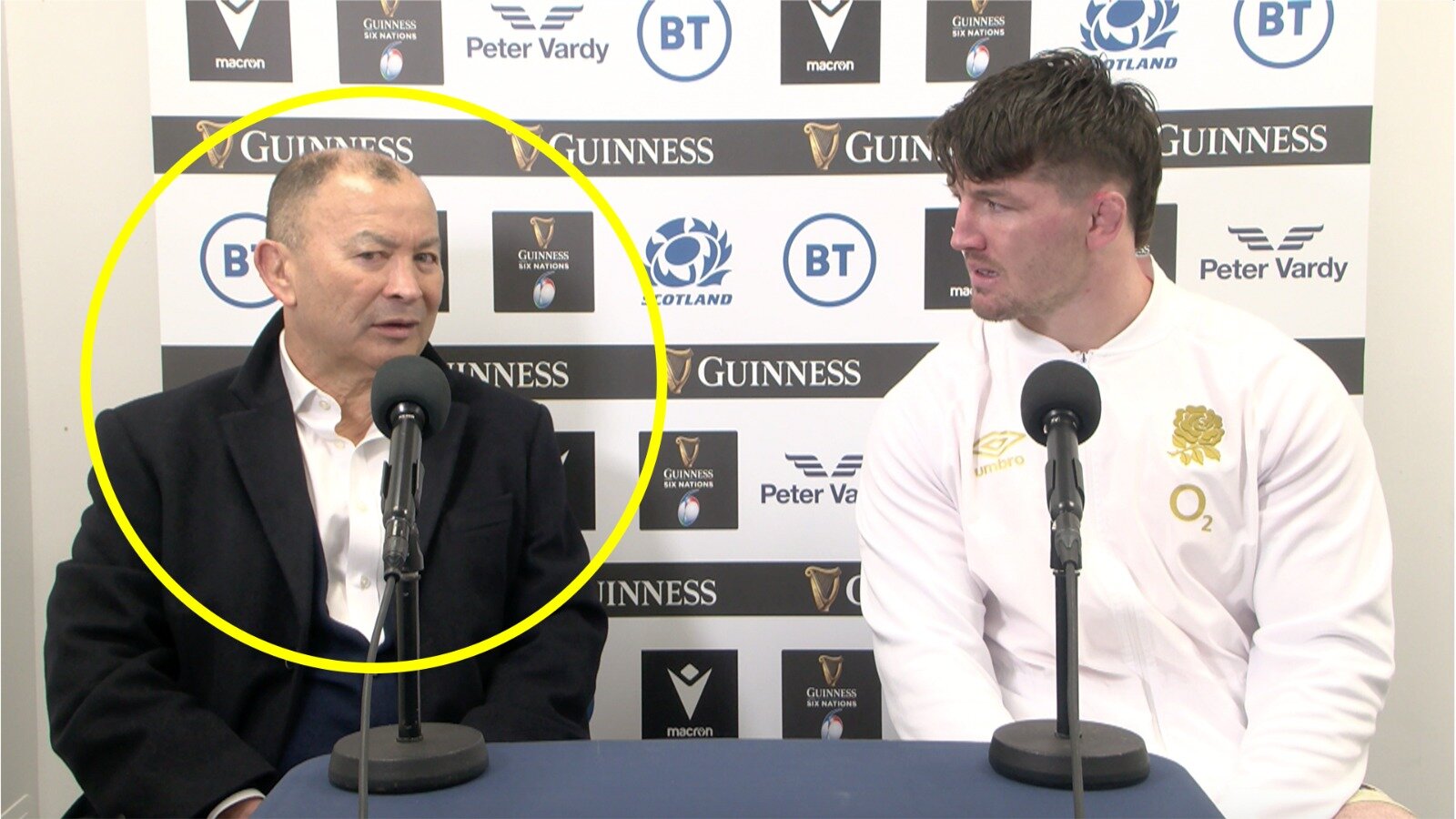 Eddie Jones took his England side’s bitter defeat against Scotland in the opening round of the Six Nations as an opportunity to take a swipe at Springboks director of rugby Rassie Erasmus.

One of the main talking points to come out of the Calcutta Cup match was the officiating of the scrum in the final play of the game by referee Ben O’Keefe. While England looked as though they were in the ascendency, no penalty was awarded, depriving England of the chance of levelling the scores. Then again, your interpretation of that scrum may be heavily influenced by what side of Hadrian’s Wall you live on.

Jones was clearly part of the camp that felt it should have been a penalty to England, and while he did not say that explicitly, he used Erasmus’ now infamous 62-minute video during the British & Irish Lions series to make his point, suggesting he may make a similar video.

“Wait for the video mate, it’s coming out,” Jones said in his post match press conference.

That video eventually resulted in Erasmus receiving a hefty fine and a ban from World Rugby, so Jones is obviously not going to do the same, but he got his point across by alluding to the video.

This has infuriated some South African fans as Jones is clearly criticising O’Keefe with his comments but will no doubt get away with it.

The loss means England sit in fourth place in the Six Nations table, above both Wales and Italy thanks to the losing bonus point they earned. They travel to Rome next Sunday to take on Italy, where Jones will hope his side will get back to winning ways.