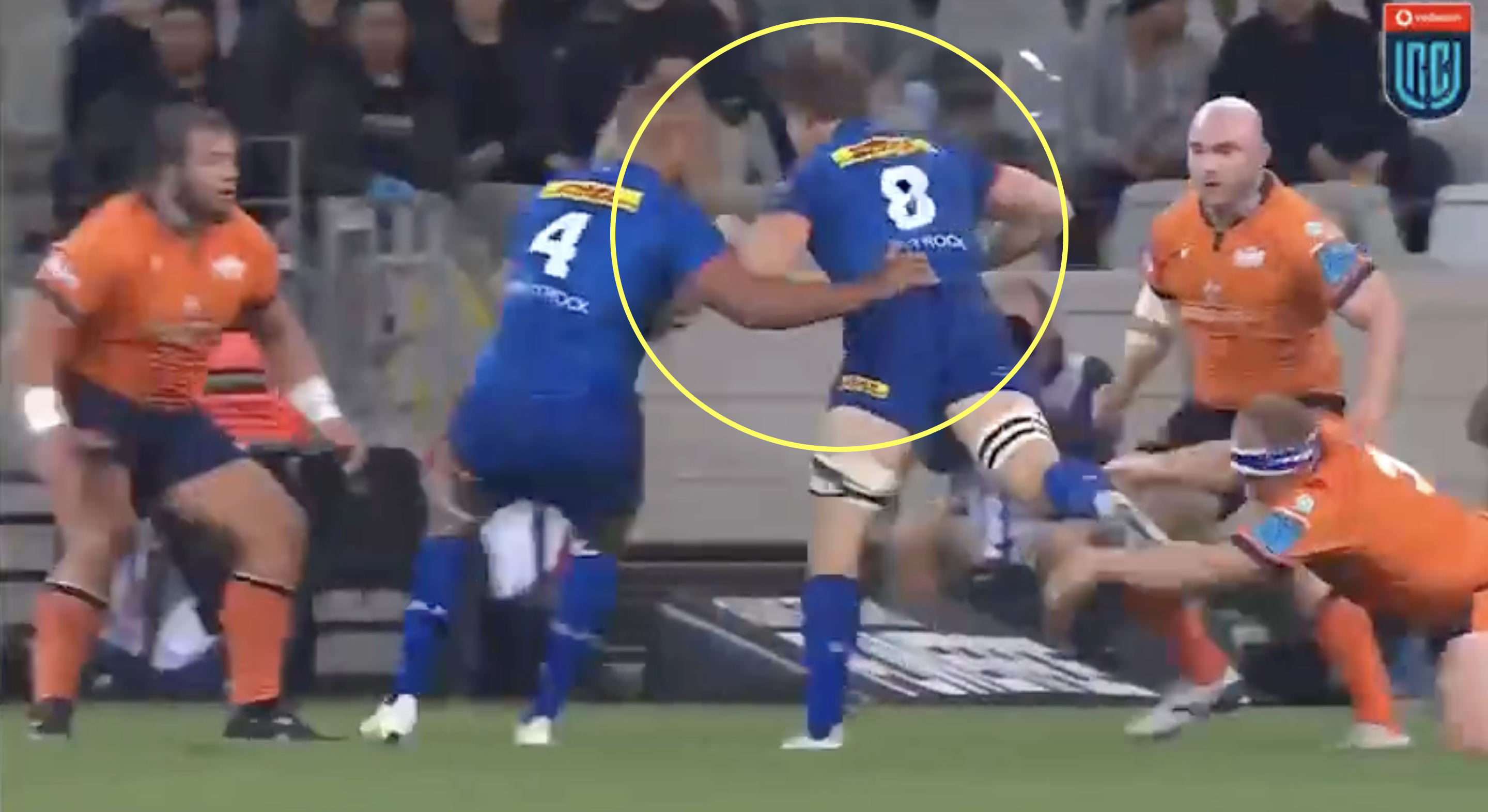 Springboks No8 jersey basically ripped from Vermeulen with this performance

With the Springboks facing Wales this July in a three Test series, there have been questions as to whether Jacques Nienaber will go all out with his team or give some newer players an opportunity.

One of those players that may be given a chance, and deserves it, is Stormers No8 Evan Roos. The 22-year-old missed out on the Springboks’ alignment camp a few weeks ago, much to the surprise of fans, but has responded in the perfect way, culminating in his performance against Edinburgh on Saturday in the United Rugby Championship quarter final.

Roos was on the scoreboard in his side’s 28-17 win, but was monumental all match at the Cape Town Stadium. Powerful and dynamic on the ball, and equally effective in defence, he really did put his hand up to earn his first cap soon.

The Stormers host Ulster next week in the URC semi final, which will not only allow Roos to further bolster his claim to play for the Boks, but will actually give him a chance to go head to head with incumbent South Africa No8 and World Cup winner Duane Vermeulen.