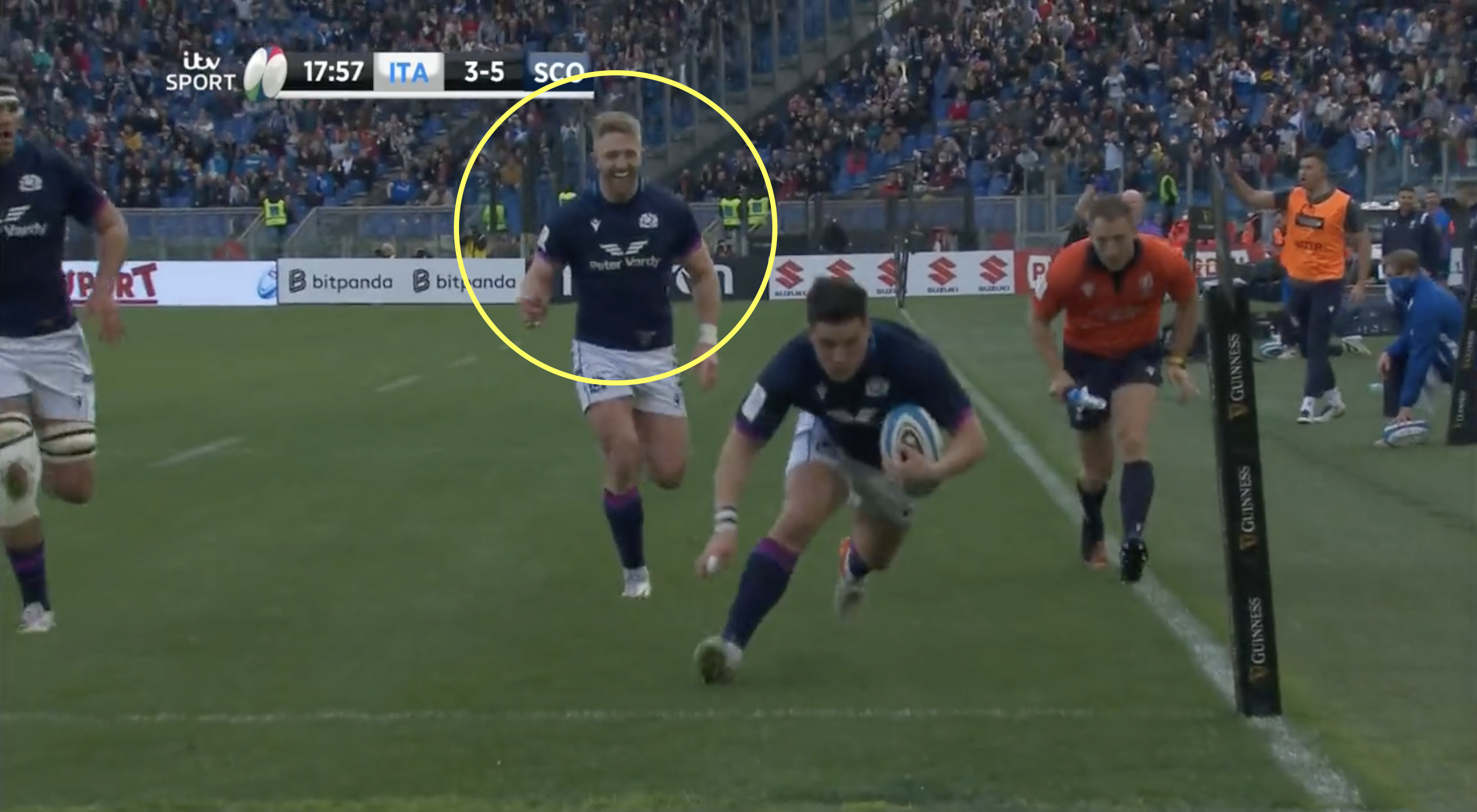 Scotland winger Kyle Steyn’s eyes would have lit up when he saw a pass sailing towards him from Finn Russell with the try line in sight against Italy on Saturday.

Following a break from George Turner and Ali Price on the right hand side of the field, there were acres of space on the left, and the South African born winger Steyn would have surely thought he had his first Six Nations try in his fourth cap. Every person watching the match would have thought so too, but with the ball just centimetres from Steyn’s hands, his teammate Sam Johnson came out of nowhere and plucked the ball out of the air. The centre went in to score the first try of the match, and Steyn could only laugh as he was diving over the line in the corner.

Yes, of course, everyone bangs on about teamwork and teammates, but there is no doubt Steyn wanted to score that try, and even though he was at a standing start (whereas Johnson was running at pace), he probably would have scored his fifth Test try to add to his four he scored against Tonga in the autumn.

Scotland superbly break the lines and burst into life as Sam Johnson applies a simple finish in the corner.#ITVRugby pic.twitter.com/M41dyJTY9r