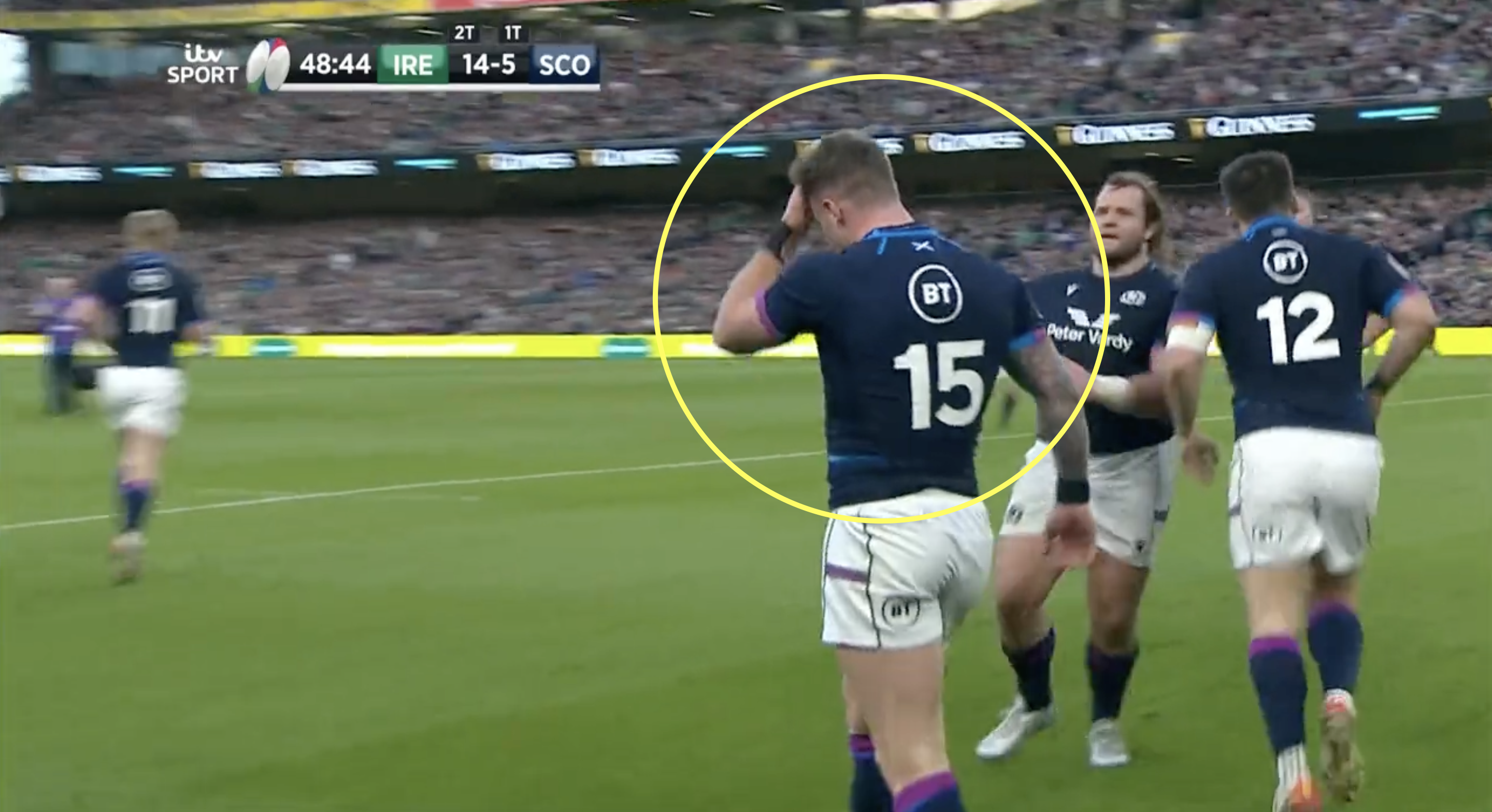 Stuart Hogg does the most Stuart Hoggy thing ever

Scotland captain Stuart Hogg has faced some stick this Six Nations Championship, and maybe for a good reason, but one thing is for certain, it will not end any time soon.

A few rounds after his infamous drop against France at Murrayfield, the fullback was at it again at the Aviva Stadium against Ireland, butchering a three on one. With a try looking like a certainty for the Scots, Hogg just had to pass in field after making a break, but instead went for the score himself and was bundled into touch. Credit must go to Hugo Keenan in this situation for his covering tackle, but this is not a good one for Hogg. Not at all.

This comes two years after a very embarrassing drop against Ireland with the try line just centimetres away for Hogg. The Scot is capable of moments of sheer brilliance, but unfortunately for Scotland he is capable of these as well:

No TRY, no words!