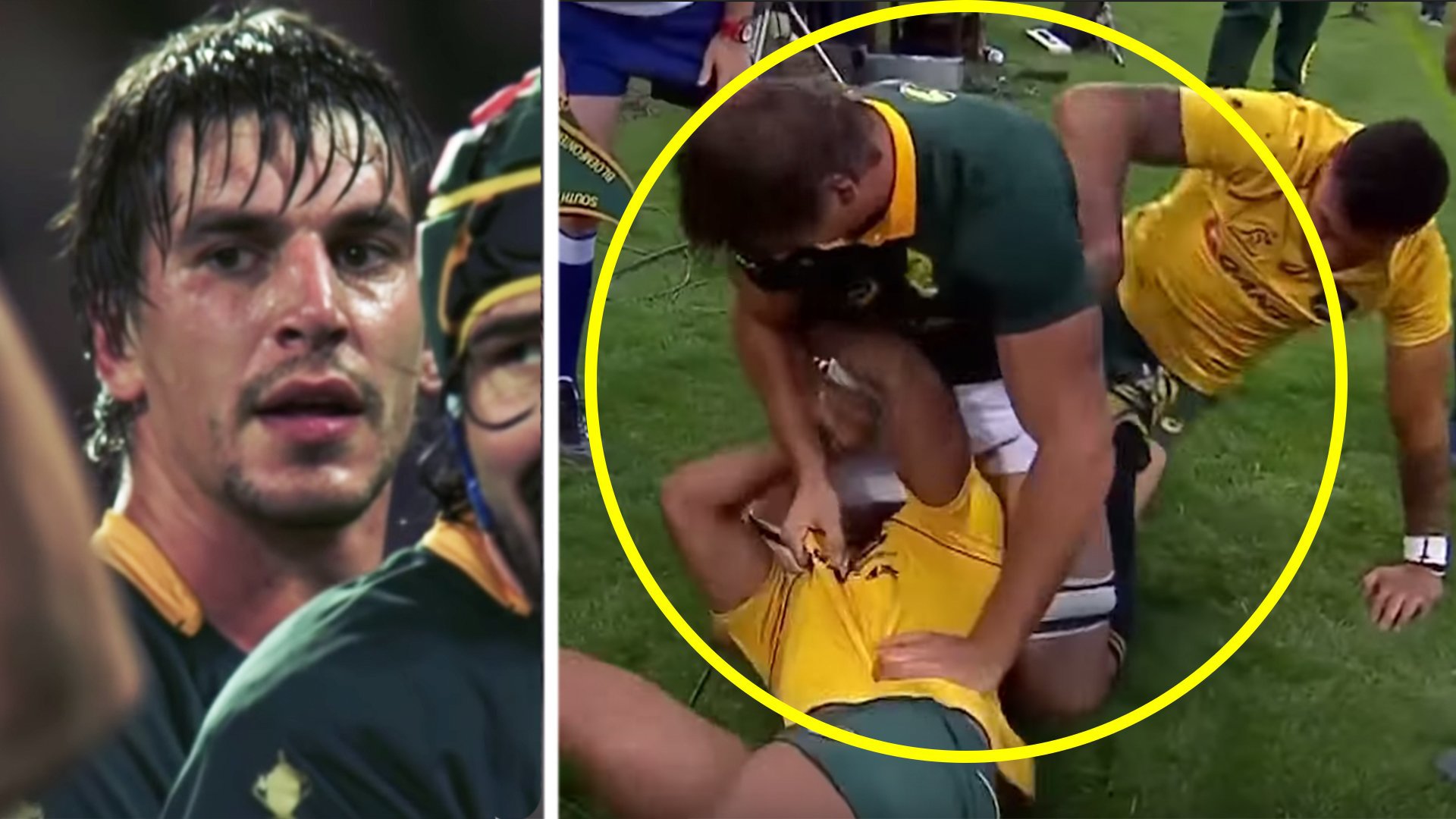 A savage highlight reel has dropped on terrifying South African lock Eben Etzebeth. The 28-year-old has recently moved to France to play for Toulon and some of his best moments feature in this highlight reel…

Bakkies Botha is the original rugby enforcer in our sport, known to be quite possibly the hardest man in rugby.

Bakkies Botha was coming to the end of his career when Eben Etzebeth came on the scene, but they still trained together for a year or so.

Etzebeth is known as a mad dog in rugby, he was taught by someone even harder than him! Here is the video of his dominating highlight reel. The video was only released yesterday so it’s very relevant!

Terrifying is the right word to describe this Eben Etzebeth highlight reel.