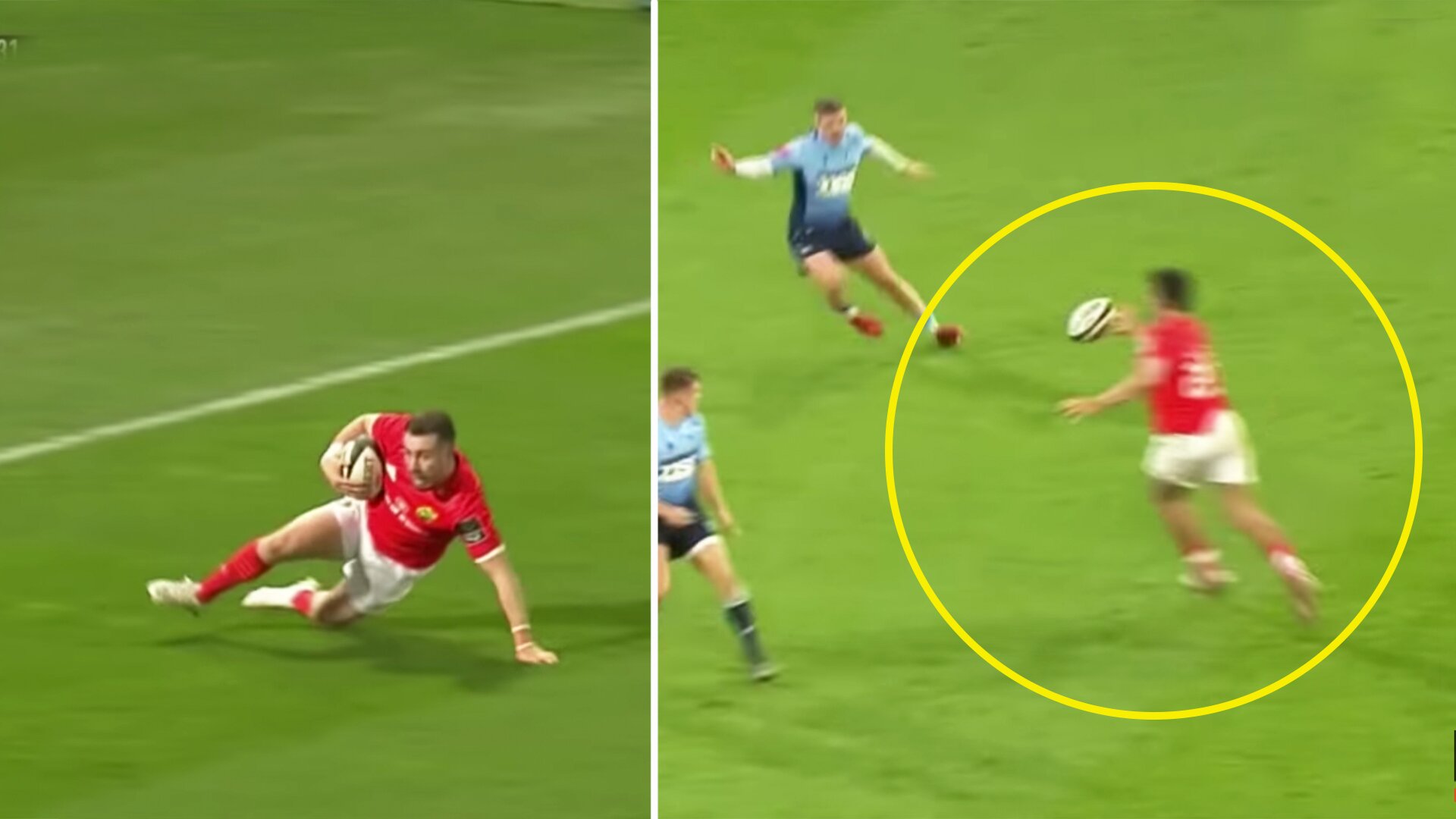 Monday night rugby was back in the Pro 14 yesterday and some of the biggest names in Munster were absolutely tearing it up against Cardiff Blues.

Having the fixture at this time in the week is something that is new to rugby but fans have expressed their enjoyment of the new time slot with many praising last night’s game as one of the most entertaining for months.

The hosts won 38-27 at Thomond Park in a thrilling display of running rugby from both sides.

One score that grabbed all of the headlines this morning came in the 67th minute of play as Munster’s biggest names combined together superbly in a sensational display of handling prowess.

Springbok centre, Damian de Allende pounced onto a lightning-quick pass before making a half break.

We then watch as he somehow gets his hands free to release the ball out wide once more. This really was champagne rugby from the Limerick side.

Watch the superb Munster score, below…

A hamstring injury has ruled France winger Teddy Thomas out of next Saturday’s Six Nations title finale with Ireland. The 27-year-old, who was omitted for last year’s World Cup in Japan, made his third appearance in Fabien Galthie’s five-match reign in the 38-21 friendly win over Wales, Thomas scoring the 72nd minute try that put the game to bed.

Game over for Wales?

However, he has since pulled up lame at the start of France’s preparations to play Ireland and has been replaced in the squad by Matthieu Jalibert. The seriousness of Thomas’ injury wasn’t specified in the France team media release.

“Following Teddy Thomas’ withdrawal, management have called Matthieu Jalibert into the squad selected to face Ireland on the final day of the Six Nations,” read the FFR statement.

“Following a hamstring injury Teddy Thomas (20 caps, Racing 92) is unavailable for a period to be determined. He is replaced by Matthieu Jalibert (5 selections, Union Bordeaux).”

The injury is the latest setback to hit Thomas this month as he was left out of the Racing 23 for their Champions Cup final loss to Exeter at Bristol on October 17.