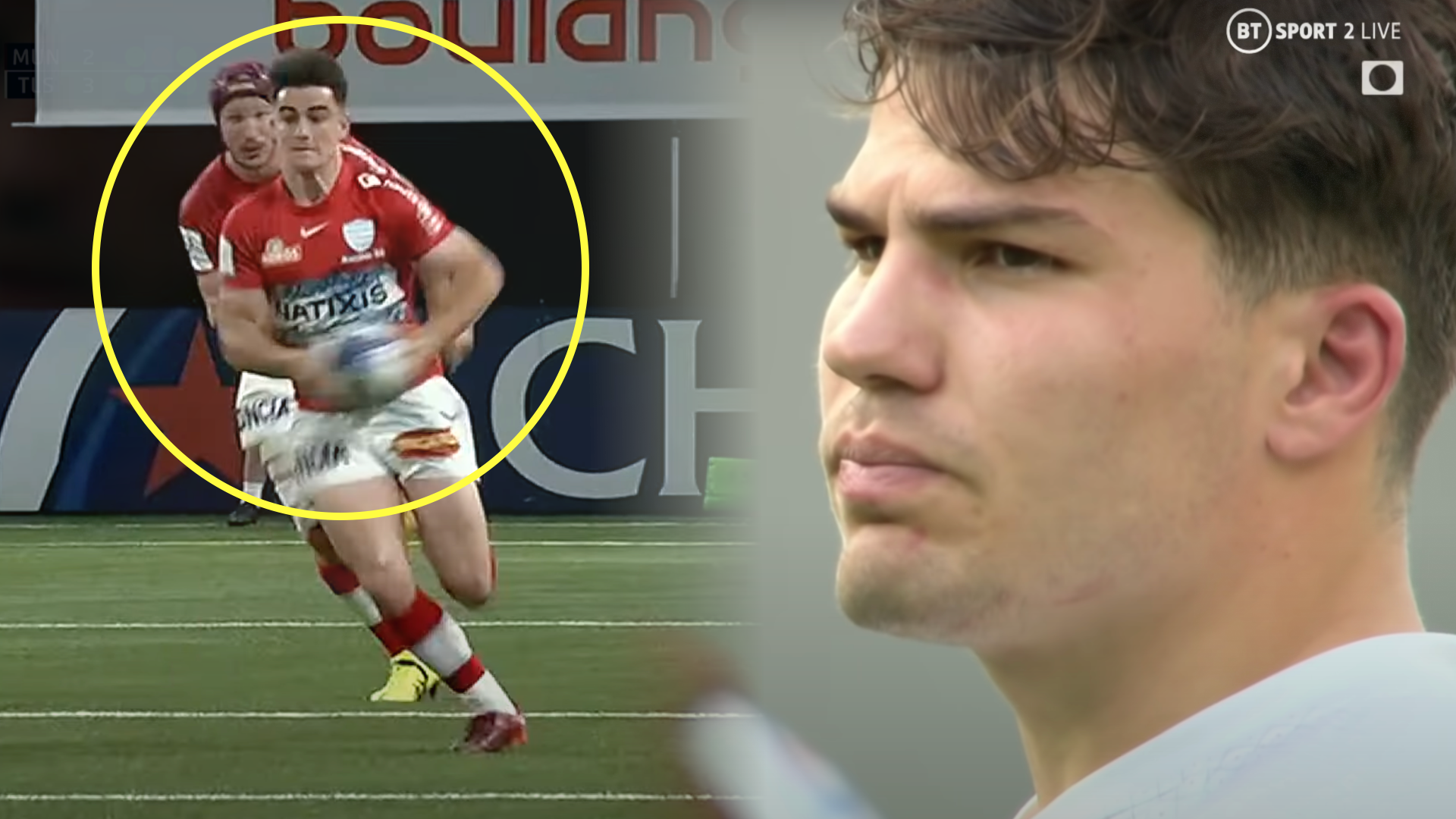 With that said, he still stepped up to help the reigning Heineken Champions Cup winners defeat Munster in a penalty shootout at the Aviva Stadium on Saturday, but he may not be at his devastating best currently.

Then again, for a player that has won every individual accolade going, and the majority of team accolades as well, there was always maybe the chance that he would drop off slightly. What he needs is competition for the France No9 jersey to keep him on his toes, and he may have found that in Racing 92’s Nolann Le Garrec.

The 19 year-old-scrum half was named star of the match in his side’s 41-22 Champions Cup quarter-final victory over Sale Sharks on Sunday at La Defense Arena, and there has since been plenty of talk about him.

Le Garrec controlled the tempo of the game against Sale, as any good scrum-half should do really, and helped create Juan Imhoff’s try in the second half. On top of that, he is also his side’s goal kicker, although Dupont showed on Saturday that he is also a dab hand when it comes to kicking as well.

Yoe Rugby recently shared a highlights reel of the 19-year-old performance against Sale online, and it gives an idea of what a player he already is, and given his age, what potential he has. Maybe not now, but he looks like he will be the France captain’s main rival for the blue No9 jersey after the 2023 World Cup.

Meanwhile, he takes on La Rochelle this Sunday in the semi-final.