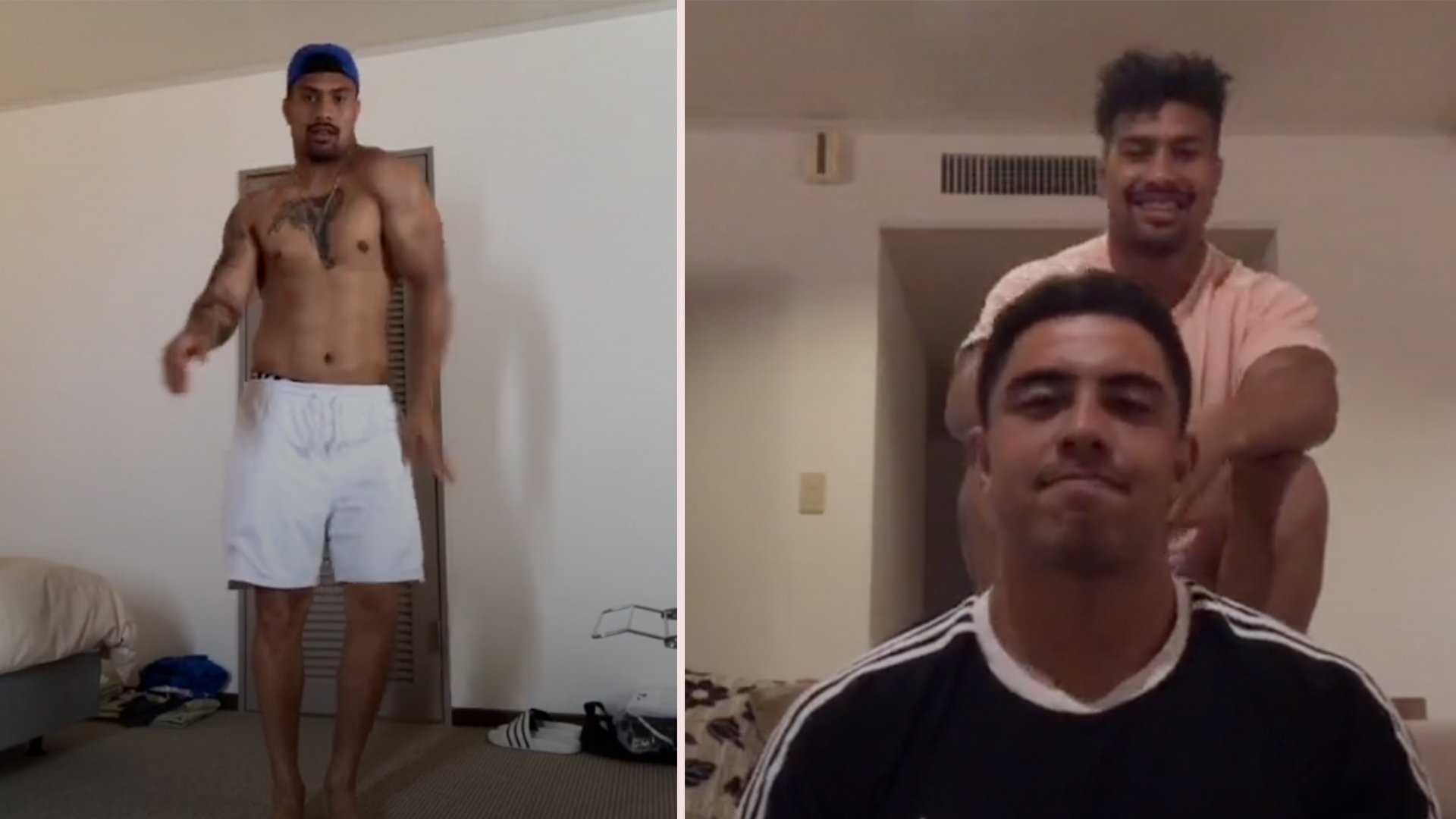 So as I was sipping my coffee at the Rugby Onslaught HQ, I stumbled across these Tik Tok videos. And I have to say, what on earth am I watching.

For anyone under the age of 12, Tik Tok is a wildly popular social media app, where people can lip-sync or dance to various artists or comedic sketches.

It is incredibly popular with young people today, so much so, that some of the All Blacks players are now getting in on the act.

New Zealand star back-row Ardie Savea appears to be one of the main men in the All Blacks team on this platform, creating videos with the likes of Rochie Mo’unga and Anton Lienert-Brown.

We’re going to show you a selection of his videos and… well you can make of it what you will.

Here is a video of Savea and Mo’unga on the platform.

What do you make of it, we’re not too sure.

Here’s another video with All Black centre Anton Lienert-Brown.

The Rugby World Cup teams spend around 9 weeks in Japan if they make it to the final, so they have to find ways to keep themselves busy if they want to avoid going crazy from boredom.

This seems like a more wholesome if not bizarre way of doing that.

Ardie Savea himself has created quite the following online after he started his own podcast and clothing line.

What are your thoughts on this, enjoy it or bit cringed out?

The All Blacks take on Italy in their final Pool B World Cup game, they’ve already qualified for the quarter-finals of the tournament but they will be hoping that they can put on a show for the hordes of New Zealand fans that are in Japan to support the men in black.

Savea made headlines last week in rugby when he wore goggles in their match against Canada. The kiwi powerhouse quickly dispatched of the goggles in the game and decided against wearing them in their thrashing of Namibia. Didn’t see him on Tik Tok wearing those bad boys.

Following extensive trials, the use of goggles was introduced to the Laws of the Game back in July.

Against Canada at #RWC2019, @ardiesavea will follow in the footsteps of players like Ian McKinley and use goggles at the top level of the game. pic.twitter.com/8SSSd6zadi

The younger brother of Ardie Savea, Rieko, has also started his own YouTube channel, documenting what himself and the other All Blacks are doing during their downtime at the tournament.

It’s quite refreshing in this age of social media to get this kind of insight into the lives of these rugby players.

We think this is brilliant, Rieko, Ardie and TJ Perenara all come across as some very humble down to earth people. We just wish they were like this on the pitch!