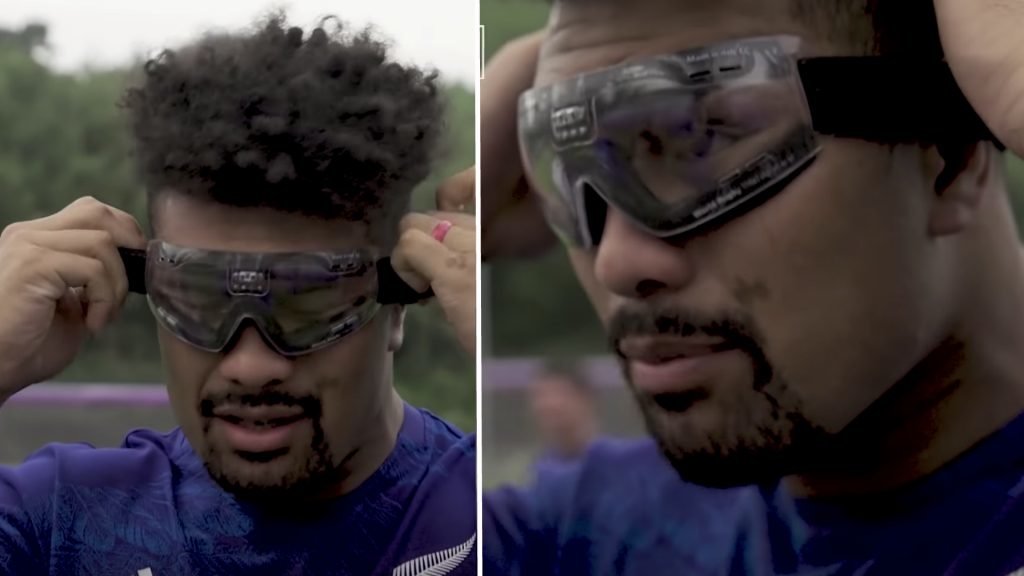 When is enough, enough…? The All Blacks today released a brand new piece of kit in their All Blacks range. The “Offside 3000 Goggles” are to be launched mid-way through the World Cup and the team will be wearing these goggles in their match against Canada.

Many online aren’t pleased about the introduction of the goggles which have 3 new features which the All Blacks will love to employ.

Photos were released today online showing the team training with the new goggles on. Ardie Savea was seen in a video interview with the All Blacks saying that the goggles were designed to help with his eyesight.

We’re simply not buying that Ardie, we know what they really do and so do the Rugby World.

“When it comes to our preparation, it should never be about who we are playing, but how we are preparing individually and as a team, both mentally and physically. By doing this, it means you always respect your opponent and the jersey.”
The starting front row for the Test against Canada is made up of props Atu Moli and Angus Ta’avao and hooker Liam Coltman, with support coming off the bench from Ofa Tuungafasi and Nepo Laulala and hooker Codie Taylor. Patrick Tuipulotu and Scott Barrett are the starting locks with impact off the bench in the form of Samuel Whitelock. In the loose forwards, Shannon Frizell is at number six, Matt Todd is in the seven jersey and Kieran Read will again captain the side from number eight. Ardie Savea provides loose forward cover from the bench. Goggles goggles goggles. When will they learn…