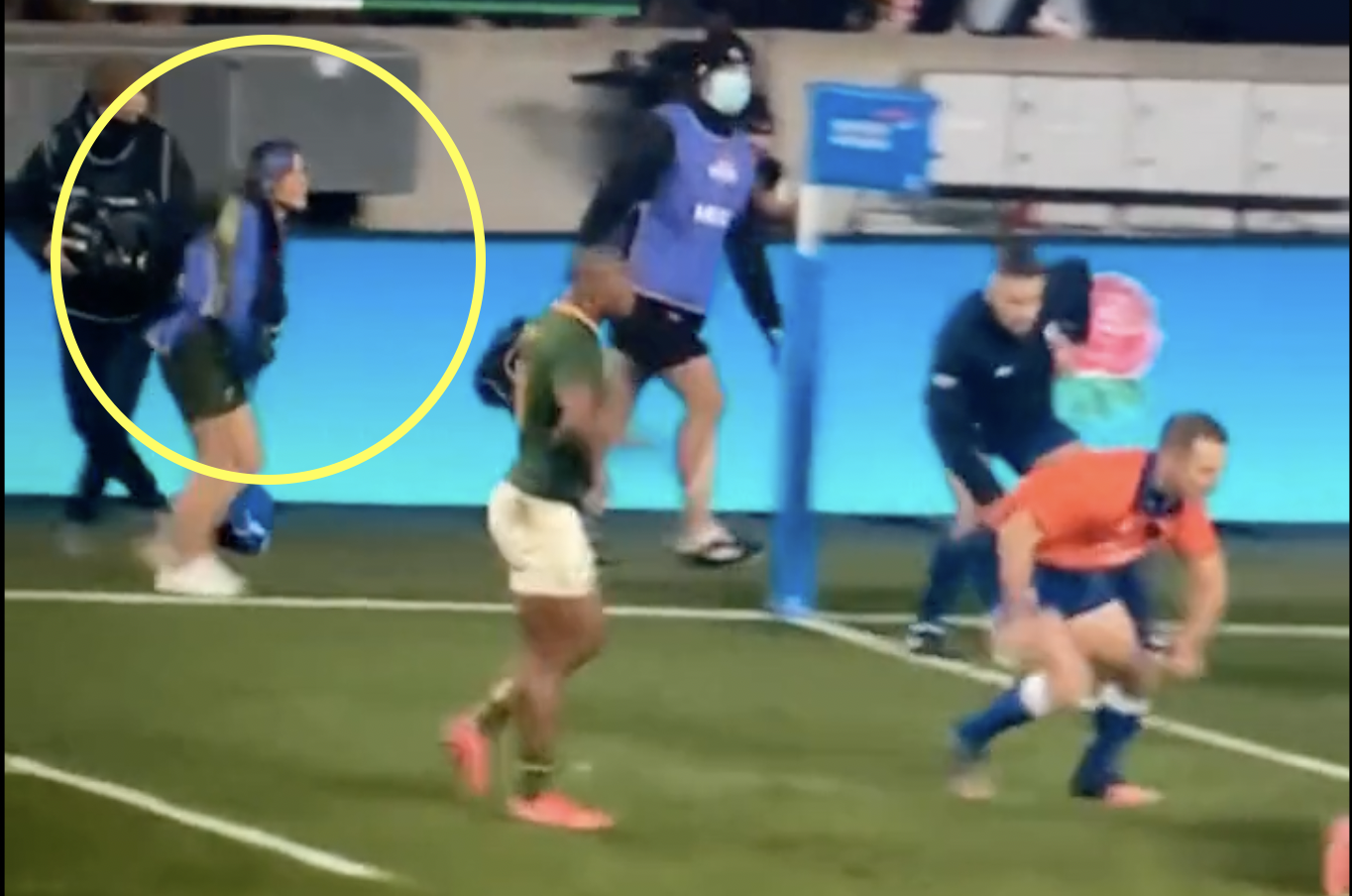 A lot of things have come out of England’s win over South Africa on Saturday, and one of the main talking points has been the role of physios on the side of the pitch.

South Africa’s touchline activity has been under the spotlight for much of 2021 after director of rugby Rassie Erasmus’ antics as a water boy. That enraged some fans around the world, while others saw this as an acceptable practice, provided he actually brought water onto the field.

South Africa’s physio was the focal point in the wake of the match at Twickenham on Saturday, which has once again sparked an argument as to what physios should and should be able to do on the side of the pitch. While shouting instructions and rallying behind the team from the sidelines will be hard for referees to stop, the South African physio actually entered the field of play after believing the Springboks had scored. This almost blocked off the blindside, which the visitors could have attacked down.

Since then, fans, players and pundits have been weighing in with their opinion regarding the conduct of physios, or indeed any member of a team’s back room staff. This is certainly not the first instance of something like this happening, but it is becoming more frequent. A Wasps water carrier actually triggered a mass brawl earlier this season against Exeter Chiefs by preventing a player from accessing the ball, which resulted in being dismissed by referee Wayne Barnes and a subsequent ban by the RFU.

This topic has reared its head again after what happened at Twickenham, and looks like it will continually cause a debate as this is a grey area of the law. Until World Rugby come up with a verdict on whether this behaviour is allowed or not, it will continue to cause problems.

OK, better vision this time as the last video only had snippet of physio running onto the field. Again, genuinely interested in what ARs think. Does this influence their decision making? I doubt it would with all the noise but the microphone does pick up her screaming. pic.twitter.com/EU5v5mVbyb